Clouds Got In My Way

May 8, 2016
Knocked out the latest Classic Gunfights this morning, then shifted gears and attacked my editorial which is about The Buffalo Soldiers and Chris Rock (or, at least, part of it is). 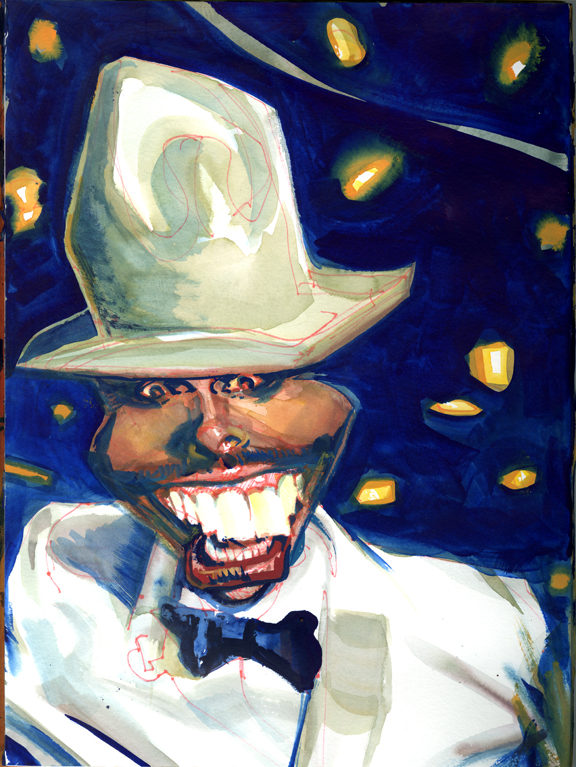 Daily Whip Out: "Chris Rock Rocks The House With A Pharrell Williams Lid"

Finished, or at least stabbed it to death. I know I promised to show the final on the Daily Whip Out from yesterday, but the truth is I woke up around five and went out to the studio about six to look at the status of the Whip Out and absolutely hated it. Couldn't believe I ruined such a promising piece. Stormed around the studio, then the house, put toast in the toaster, walked out to get the paper, all the time berating myself at being such a fool. Maybe that old guy at the airport was right. Maybe I should be in jail for making such a loud noise against his window AND for being such a crappy artist.

So, instead of giving a final go at the "Trickster" I instead did two Beale Camel Corp Whip Outs to take my mind off my failure. 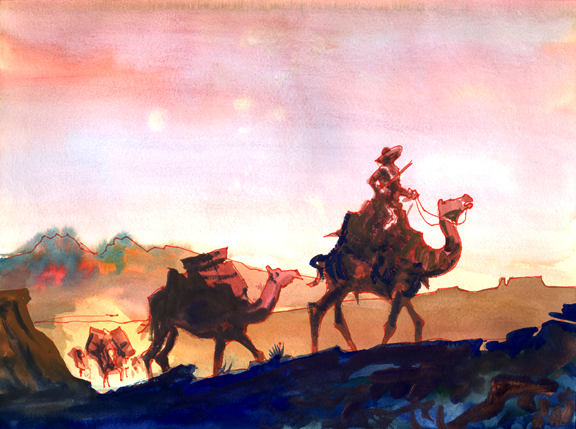 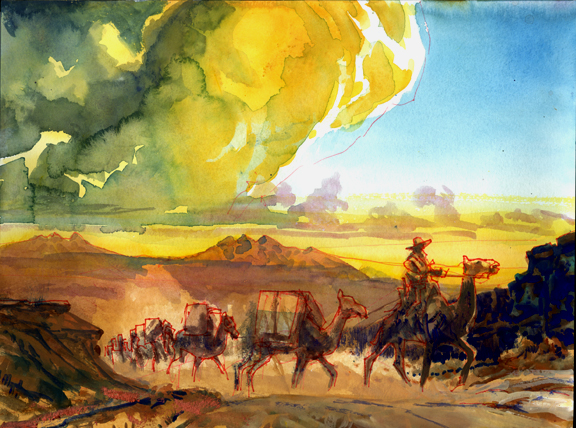 Lined out several articles for the upcoming Mickey Free extravaganza. Came home for lunch and finished the Chris Rock piece, then, as I started out the door, I saw the Mickster sitting there and I thought, "Maybe a couple touch ups on that rifle and his mouth might at least salvage this abomination. So, here it is. Not what I wanted. The skulls are overwrought. I wanted them to be subtle and secondary, but they are about as subtle as a can of worms with the lid off.

Daily Whip Out: "The Trickster With The Sidewinder Gaze"

"A single event can awaken within us a stranger totally unknown to us. To live is to be slowly born."
—Antoine de Saint-Exupery