May 18, 2016
The notorious Apache scout Mickey Free was hard to kill. James Young explains part of the reason: 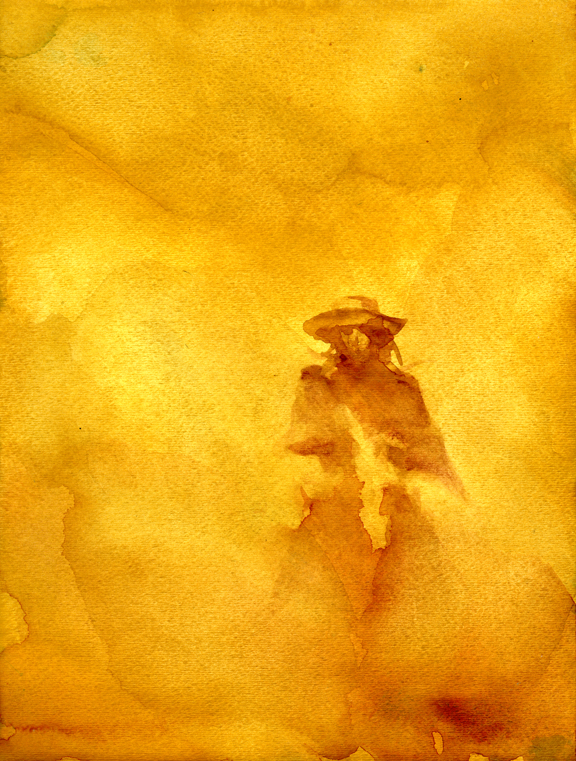 "Well, he was like a little dust devil. Scrawny, wiry, couldn't have weighed more than ten pounds. (laughs) Always moving. You couldn't get him to stand still, which made him hard to kill. He was shot clean through more than once, I seen the scars. He was left for dead more than once. Plus, you never knew what he was gonna do, which made him dangerous to be around. I've seen generals, nervous as cats around him. He didn't approach anything straight on—he came at you sideways. He had that one good eye, but he'd look at you sideways with his cloudy eye out front. Spooked everybody, and he knew it. "

Mickey's Pistol In The Poncho Trick 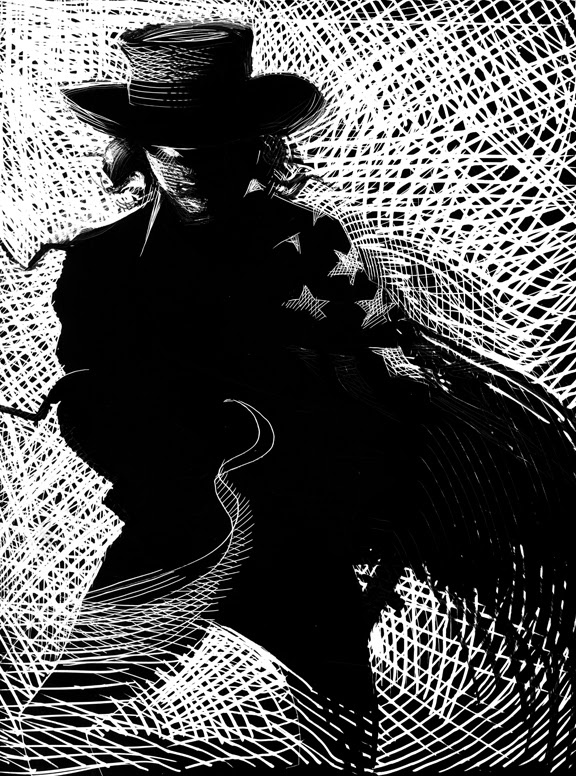 Daily Whip Out: "Mickey Free's Pistol In The Poncho Trick"


The Pistol In The Poncho Trick
Tom Horn liked to tell this story: "One time, in the Sierra Madres, Mickey went into a remote cantina to ask for directions. Inside he encountered the local Jefe (boss man) who was holding court with his crooked cronies. El Jefe prized himself in his judgement of the men he met and he sized up the haggard scout with the flag-draped poncho as a fool. That was his first mistake. El Jefe began to abuse the small lad, calling him an imbecile and a stupid fool. Mickey gladly played the part expected of him—he was The Trickster, after all—and he even began to drool from his lip as he stared at the chief with his drooping, half-glazed eye. When he was asked a rude question, "Hey Jackass, why are you in this neck of the woods?" Mickey pretended he couldn't understand and tilted his head to the side like a dog listening to a whistle. And, he kept on drooling. El Jefe kept up his verbal insults until he got it in his woozy head he was going to pistol whip the little cabron. That was mistake number two. So Jefe pulled out his big hog leg and started down the bar, and that was the fatal mistake. A pistol shot roared out of Mickey Free's midsection and the foolish El Jefe fell like a sack of potatoes. The entire time, Mickey had his hand on his pistol under the poncho where nobody could see it and when he fired, he fired right through the poncho. Small flames licked around the bullet hole in Mickey's poncho and he quickly grabbed a bottle from the bar to douse the flames, but unfortunately, the bottle contained bachanora—Mexican moonshine— which engulfed the entire right side of Mickey's poncho. This just made the Trickster laugh as he lunged towards the other terrified locals yelling like a madman, and flapping at the flames. The sound of sliding chairs and busting glass ended the little performance as everyone in the cantina fled, breaking four chairs and two windows in the process of fleeing from the madman in the burning poncho. 'Wait, come back,' Mickey laughed. 'I was just having fun.' Well, my friends, that was two ponchos ago. Comprende?"

Reporter: "You've said Tom Horn had issues with the truth. How do you know he was lying?"

Emilio Kosterlitsky: "His lips were moving."