Distant Dust Storms, Donkey Dynamite & Mickey Gets His Mule On

May 25, 2016
Got up this morning intrigued by distant dust storms and their atmospheric effects. Painted this little study before I came into work. 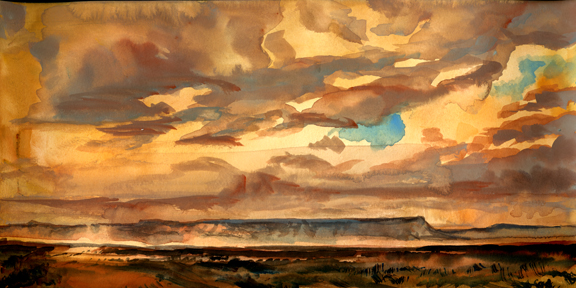 Mickey Gets His Mule On
I am also revisiting how Mickey Free gravitated to a mule as his ride. Deep in the Sierra Madres, while his own horse stumbled around on the rocks, Mickey and the rest of the Crook packers and scouts watched helplessly as one of the cargo laden mules slipped off the trail and skidded to a 1,000 foot drop. The mule instinctively flattened out which stopped the slide, then slowly picked his way back up on the trail, grabbing hoof holds as he crawled back from the precipice, then shook himself off and went on up the trail. This amazing little feat prompted Mickey to say: 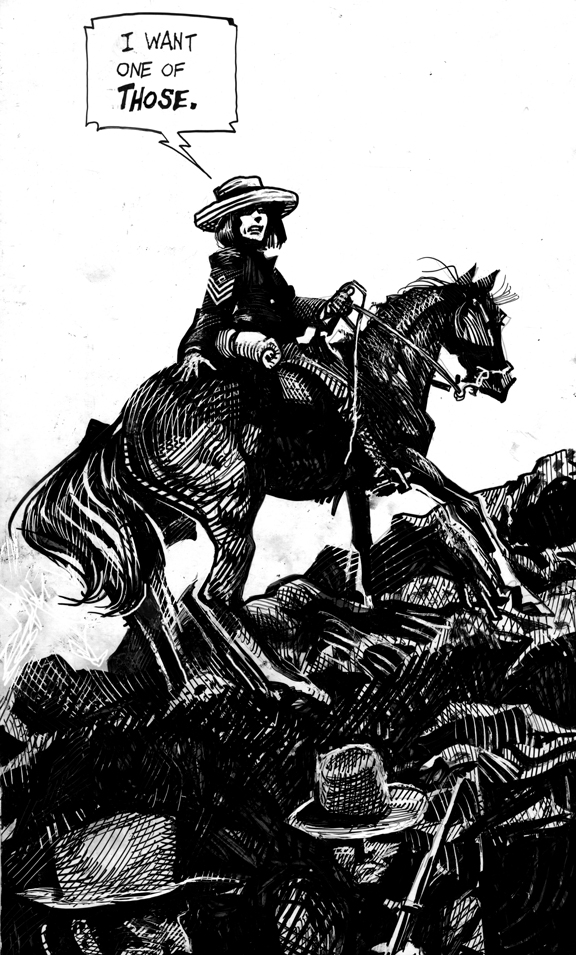 Daily Whip Out: "How Mickey Got His Mule On"

Donkey Dynamite!
And speaking of pack animals going off cliffs, it wasn't always a tragic ending. When the Norwegian explorer Carl Lumholtz was traversing the Sierra Madres with a large pack train in 1890, he heard a noise above him on the switchbacks and looked up to see a donkey with its pack on come hurtling past him, "turning over and over with astounding speed." The donkey sailed over his head, and down to a pillar of rock below him. The donkey hit the base of the pillar, then rolled over twice before coming to a halt. The donkey then got up in the midst of its scattered cargo which turned out to be a case of dynamite. Two of the Mexican packers scrambled down the slope, repacked the dynamite on the shaken but perfectly fine little donkey and led it up the trail where it pushed on "as coolly as if nothing had happened." This is from Richard Grant's wonderful book, "God's Middle Finger."

Of course, not everyone is in love with mules.

"A horse is a noble animal who performs his service with grace. A mule will wait his whole life for the opportunity to kill a man."
—J.P.S. Brown