Phallic Symbols And Other Mild Irritations

May 6, 2016
I have already mentioned my admiration for the cartoonist who drew under the pen name Moebius. His real name is evidently Jean Giraud and I assume he's French (I could look it up but like most cartoonists, I'm too lazy). But, regardless of his handle and the source of his creativity, the dude can flippin' draw and evoke mood: 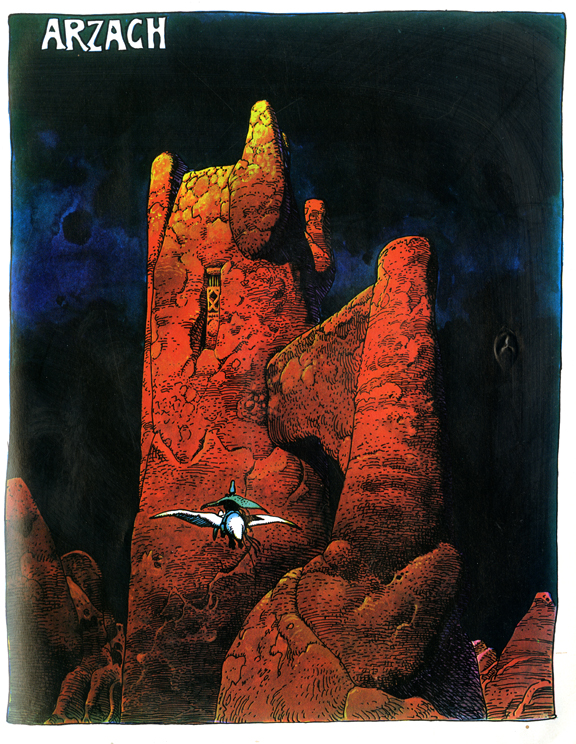 Opening page of "Arzach" by Moebius

Check out the neon blue creeping into the black of the sky. Just brilliant color and the line work is spectacular. One of the things I am drawn to (ahem) is his dreamlike imagery, which the artist himself describes as being, "on the edge of subconscious." 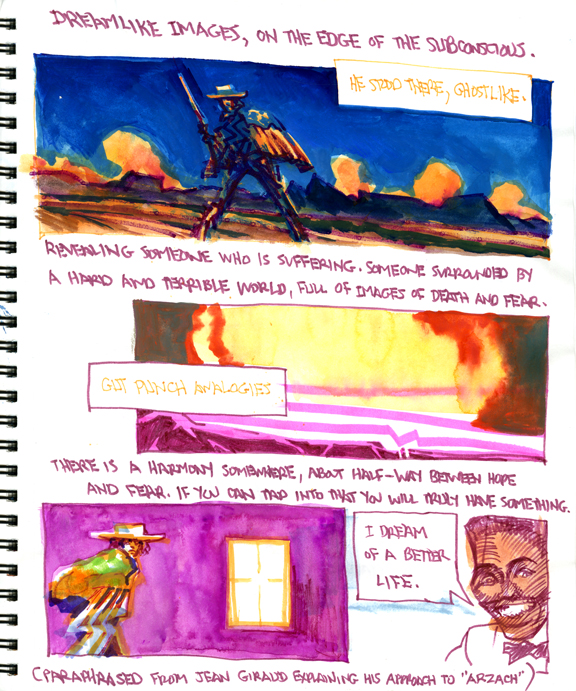 Upon reading the afterword to "Moebius 2: The Collected Works of Jean Giraud" published by Marvel, 1987, we discover this about the artist and his intentions: "When one becomes involved in that kind of work, one opens certain doors inside oneself, and then archetypal forms and images begin to appear. For example, the very first image that you see in Arzach is that of a huge tower. It is an obvious phallic symbol."

I don't know why this irritates me, but it does. To be fair, Mr. Giraud was writing this in the 1970s when everyone, myself included, thought about sex and phallic symbols every 4.5 seconds (look it up, someone did a study). Today, of course, this kind of puerile statement just comes across as coarse, immature and self-absorbed. Besides, when I go to that same place where crude symbolism lives, I have a tendency to be even more coarse: 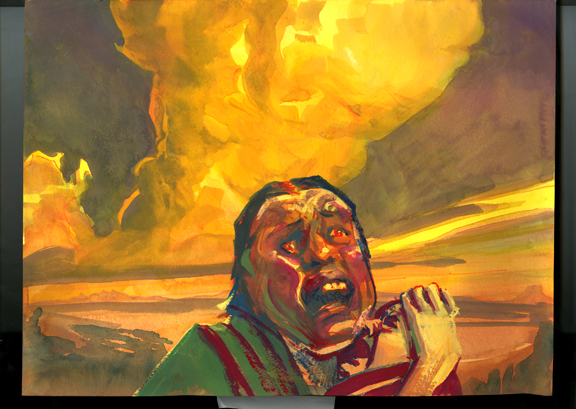 Daily Whip Out: "When Penises Ruled The World"

"You could have drawn all day and not drawn THAT!"
—Every cartoonist's mother who ever lived