May 21, 2016
When I attended the Arizona History Conference in Yuma last month I was talking to John Langellier and Bruce Dinges about the Apache Kid and how he survived in the wilds of the Sierra Madres and Bruce said to me, "If you want to read a good book about the lawlessness of the Sierra Madres, you need to get 'God's Middle Finger,' by Richard Grant." I immediately went over to Shelly Dudley's Guidon Books (she had a booth at the conference) and asked her, "Do you have 'God's Middle Finger'?" to which she replied, "I certainly hope not." 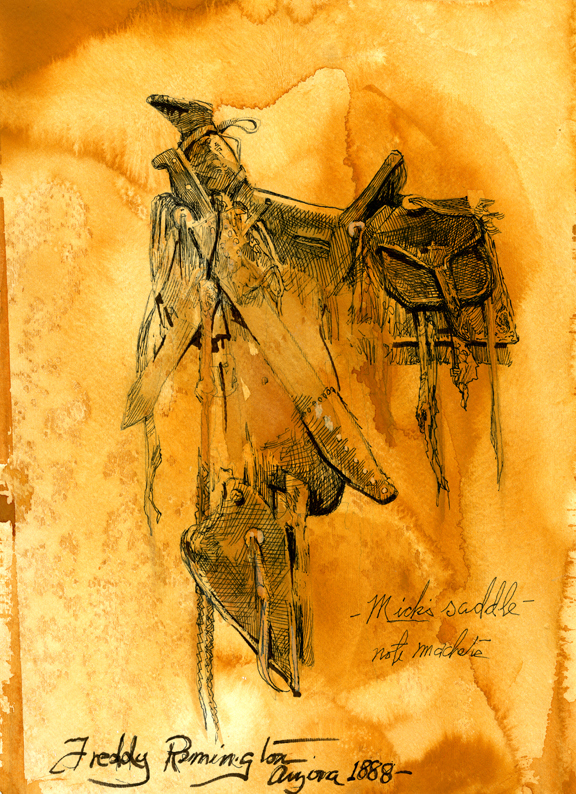 
We laughed, but she ordered me the book and I picked it up from her fine store in Scottsdale last weekend and my, oh my, is it ever a rip-roaring read. The full title is: "God's Middle Finger: Into the Lawless Heart of the Sierra Madre," by Richard Grant and it's a modern tale, published in 2008, but it just as well could have been written in 1888. Everyone warns the author not to go because it's too dangerous now with the narco-BS going on down there, but he goes, over and over, longer and deeper, higher and higher, into the "strange on the range" absurdity that is the Sierra Madre (Mother Mountains, by the way). And even though most of the book is a romp and he's obviously having a blast with the locals, you can still get glimpses of the danger. The book opens with a taste, as they say:

"So this is what it feels like to be hunted. My spine is pressed up against the bark of a tree. My heart hammers against my rib cage with astonishing force. Here they come again. Here comes the big dented Chevy pickup with its engine roaring and its high-beam lights swinging through the darkness and the trees. The men in the truck are drunk and they have rifles and now there are other men on foot looking for me with flashlights."

Why are they chasing this harmless but very witty Brit who lived in Tucson at the time of the writing? Because, as he explains, they live in the mountains and the law is three hours away, and they are drunk and drugged up and they feel like hunting humans:

"We are the real killers here," the tall one growled at me in gruff mountain Spanish, back when I was desperately trying to make friends with them. "Further north they grow more drugs but here we are hundred percent killers."

To my mind, this is exactly the kind of world Mickey Free, Tom Horn, James Young and the Apache Kid traversed 125 years ago. The contraband has changed but there is something strikingly the same in this description from the back of the book: "when cocaine-fueled Mexican hillbillies hunted (the author) through the woods all night, bent on killing him for sport."

I just ordered two more copies of the book for my kids. One of the most wonderful trips our family has ever made was taking the Copper Canyon Railway from Los Mochis, on the Sea of Cortez, up into the Sierra Madres to Divisidero and then on to Creel and Chihuahua. (yes, I agree, this is a weird segue). On one of the days, we took a side trip from the train down into the canyon to a sleepy village, Cerocauhi, where the horses, and a distant donkey, ruled the main drag: 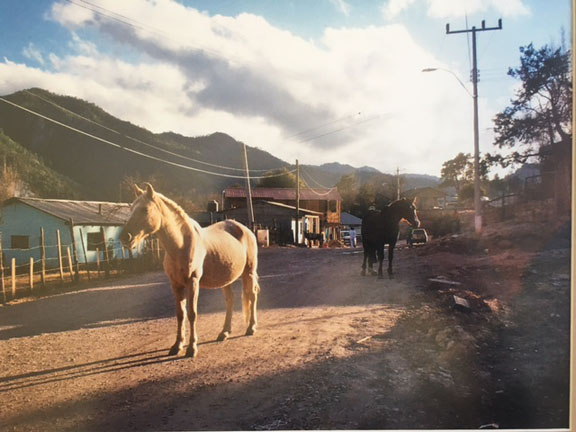 
An Excerpt From This Blog Written After We Got Back:

I mentioned to Deena on the phone that there is one photo she took on our Copper Canyon, Mexico trip that has become iconic to me. It's funny, because when you're back from a vacation, you look at all the photos and they all seem to have the same weight, but then as time goes by, a dozen begin to stand out when you see them, then it narrows down to a couple, and last week I ran across a photo that Deena snapped in Cerocauhi, a tiny village way off down a dirt road (we had to ride in the back of a pickup to get there). It was my birthday and we walked down to a little shack on the edge of town to buy a six-pack of Tecates to celebrate and as we came back down on the road there were these two horses walking up the street. They stopped, one of them was in the fading daylight. There is a donkey tied to a post way in the background. Deena took a couple photos of the scene (a pickup came and parked next to the horses, who ignored them), but this one sums up the entire trip, and takes me right back there. It's so pristine and perfect. I can smell the woodsmoke from the fireplaces!

End of blog excerpt. Of course, the illustration of Mickey's saddle was not done by "Freddy Remington," but by a one-half Norwegian cartoonist who drew the saddle from a photograph he took of a vaquero's rig on the plaza at Cerocauhi the next day.

One of the crazy aspects of Richard Grant's journey is the unlikely, to me at least, importance of Norwegians to the history of Sierra Madres. Two early Norwegian explorers figure prominently in the book, and by extension, to the story of the Apache Kid. I'll lay out the basic timeline and explain the connection in another post, but suffice to say, the connecting rod to the Sierra Madre experience and the punchline to our story involves my stubborn ancestors.

When True West was going down the drain 15 years ago and both my partners bailed, everyone advised me to bail as well, but I didn't. I was recently laughing and talking to Kathy about this and all the weird, crazy obstacles I endured and how bizarre it is that True West is even still in business, and Kathy said to me, "It's not bizarre to me at all. You are a very stubborn Norwegian, just like your dad." 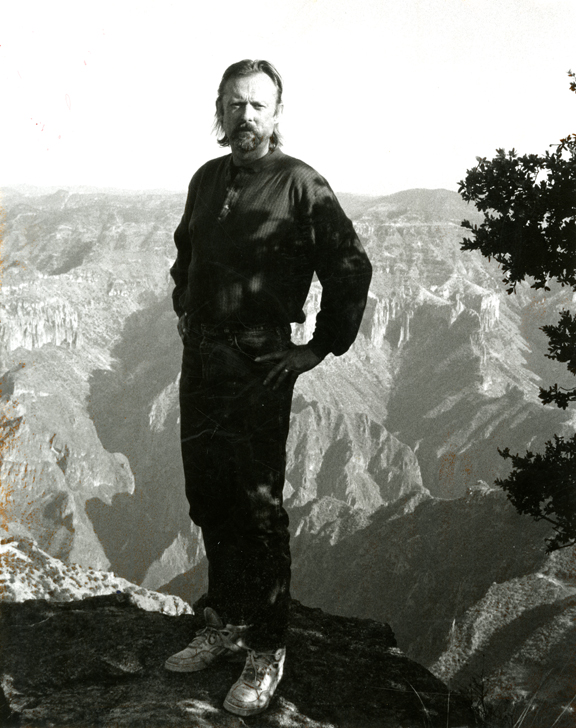 A stubborn Norwegian at Divisidaro (the Divide), photographed by Edmundo Mell, 1996

"It's always been dangerous, it's always been an anarchy, but now nearly all the decent people have been killed or run out and all the bad guys have automatic weapons, at least in the part of the Sierra that I know. It's become the kind of anarchy that gives anarchy a bad name."
—R.P.S. Brown, as quoted in "God's Middle Finger"