July 19, 2016
We're working on a cover story about a frontier guy who was a swinger. I mean that in the dancing sense and the sexual sense. My good neighbor, Tom Augherton, is writing the story and it's a dilly. 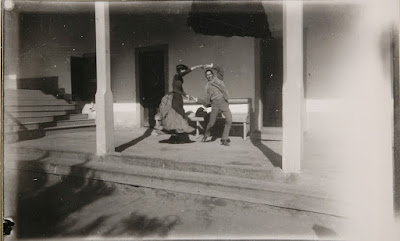 Oh, and he also saved all the Spanish Missions in California. Interesting cat, to say the least.

"My name is Lummis—I'm the West
For culture I don't give a hang
I hate the puny East, although
I can't conceal my Yankee twang.

My trousers are corduroy,
Ditto my jacket and my vest,
For I'm the wild and wooly boy;
My name is Lummis—I'm the West

I am the mountains and the sea,
I am the salty plains between;
You've seen the orange crop? That's me;
I did it with my magazine.

My monthly Indian reports,
Drier than old Mojave's breast
Where the uncultured jackass sports;
My name is Lummis—I'm the West.

Who first beheld the Indian race?
Columbus, say you?—Tisn't true!
I was the first to see his face—
I've had it copyrighted, too.

I'm local color—Sitting Bull—
Tracy the Bandit—Teddy's guest—
The atmosphere is full of Me.
Charles F. Lummis, who's the West"
—Miss Emily Coey, who once dressed up like Lummis and spoofed him with this parody poem