The Kid Buys The Farm Tonight

July 14, 2016
The midnight skulker took down the Kid tonight. Who ordained it? Who sold him out? I'd like to know exactly how it went down. If there is any justice or completion to this life, when it's all over, I will get to see the game films. 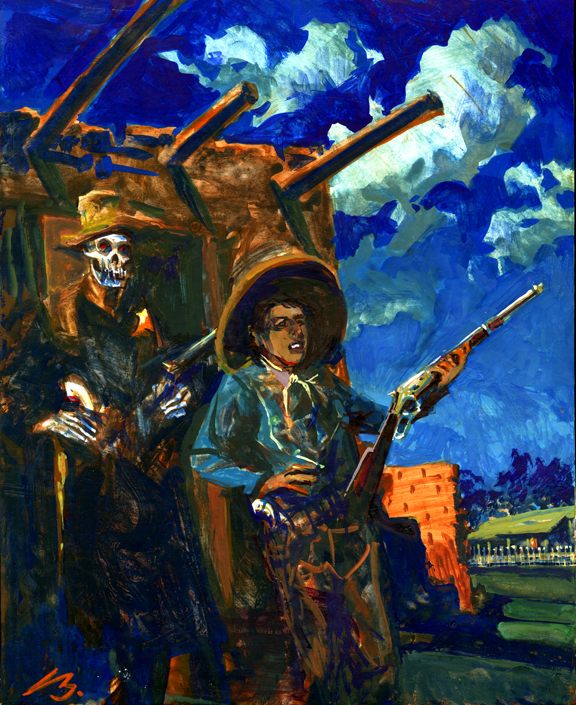 I'm also still working on The Walk Down. Took a stab at Wyatt this morning: 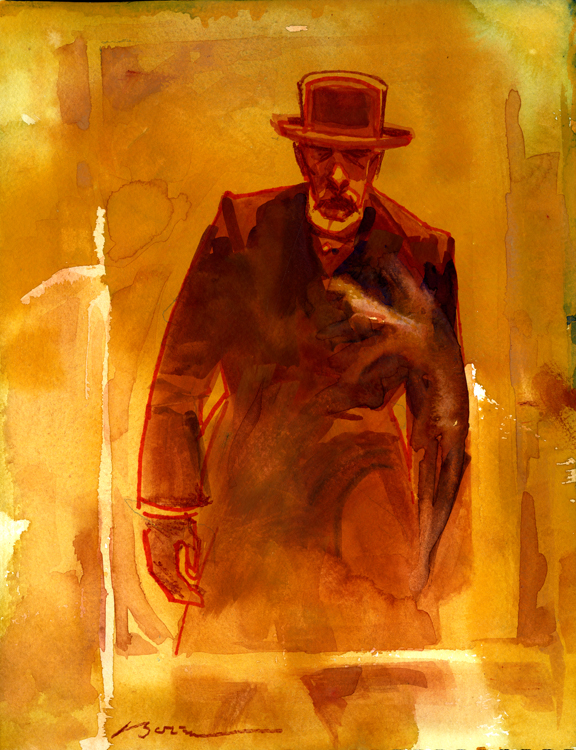 Daily Whip Out: "Wyatt Earp Comin' Right at Ya'"

I also took another crack at four guys standing in front of Brown's Hotel on Allen Street: 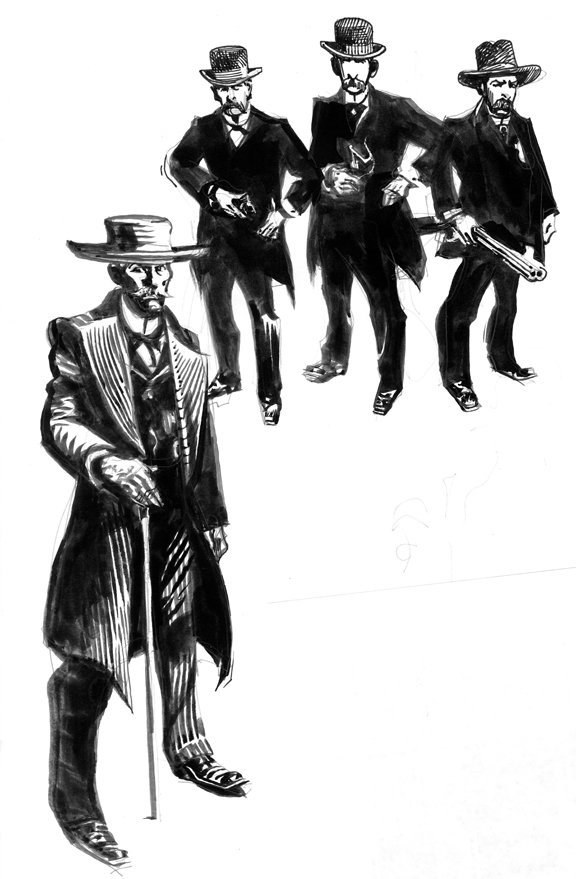 Daily Whip Out: "Sandin' On A Corner In Tombstone, Arizona"

Oh, and I want to see the game films for this little encounter as well.

"Perhaps too much of everything is as bad as too little."
—Edna Ferber