Crossing The Border, Both Ways

July 8, 2016
Had a scene I wanted to do in the Mickey Free story of Tom Horn and Jim Young camping on their first night out, as they crossed the border on the hunt for the Apache Kid. Started it a while ago, then would run across it and see some potential. Worked on and off on it for several days, a half-hour at a time. So, I guess you could call this a Multi-Daily Whip Out: 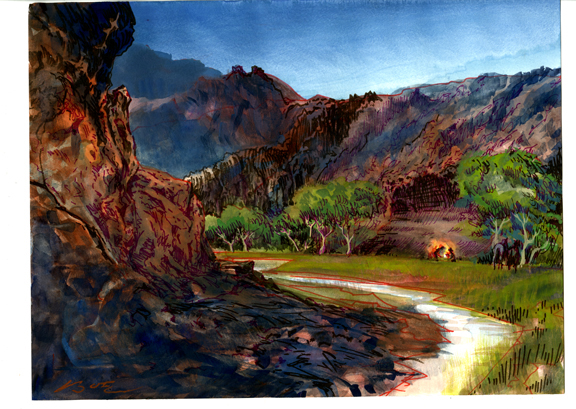 Illegal Advice, circa 1977
When I clean I invariably find the oddest things. Here is a photograph taken for a proposed article in National Lampoon back in about 1977. The assignment was to do illegal immigration, of all things, and the concept in this case, was a tricked out bus complete with Playboy Bunnies on board to serve drinks to the illegals as they crossed. Dan Harshberger shot this in Tucson. We hired some friends, that's Mike Torres in the back smiling broadly, and that is my ex Terry Townsend in the Playboy outfit. 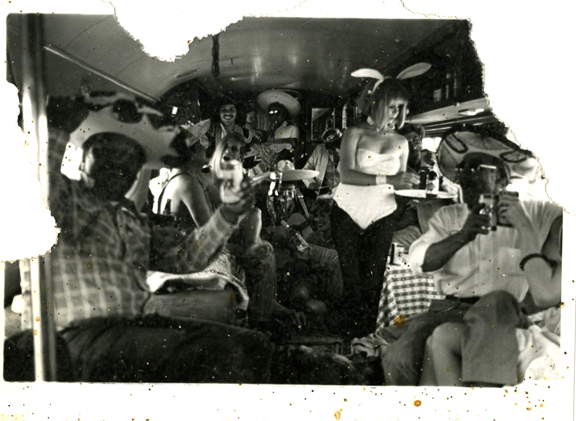 Unfortunately pack rats got to the photo which accounts for the major nibbling on the edges.

"No drug, not even alcohol, causes the fundamental ills of society. If we're looking for the source of our troubles, we shouldn't test people for drugs, we should test them for stupidity, ignorance, greed and love of power."
-—P.J. O'Rourke