July 22, 2016
Still tearing through sketches as fast as I can every morning from about 7 to 8. I am inspired by Nora Ephram's sister, who Kathy heard on NPR, who said you have to sit at the desk and not do anything else but the task at hand. No emails, no posting on Facebook (ahem). She was referring to writing, but I applied it to sketching. As Chuck Close puts it, "All ideas come out of the work itself." Did a dozen sketches yesterday, culminating with this one. 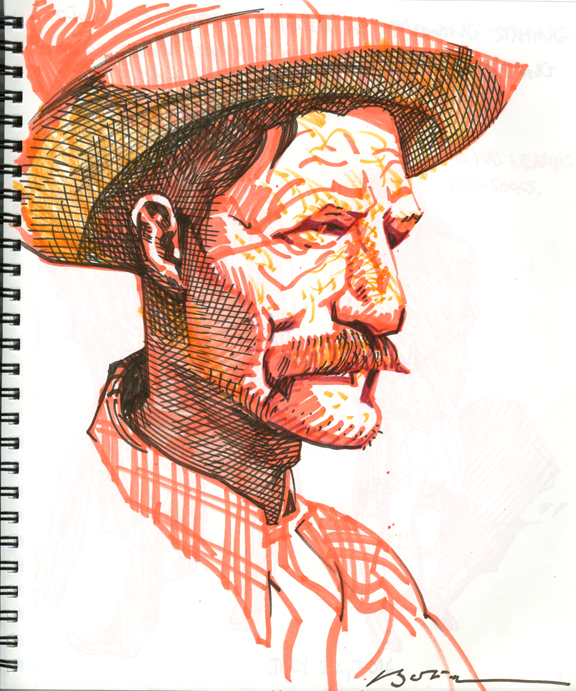 
Lots of loosey goosey sketches led me there. Here's a taste: 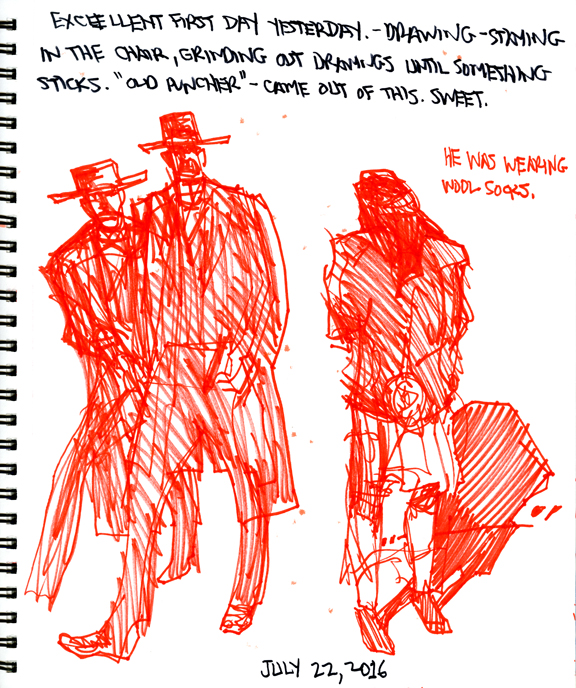 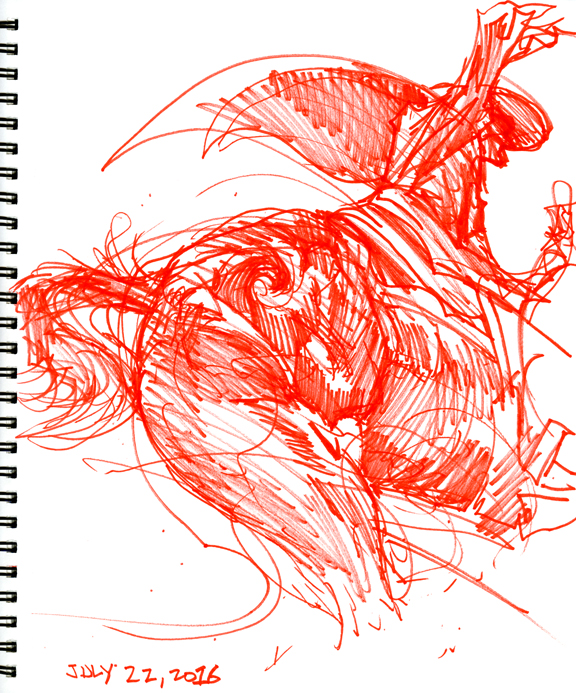 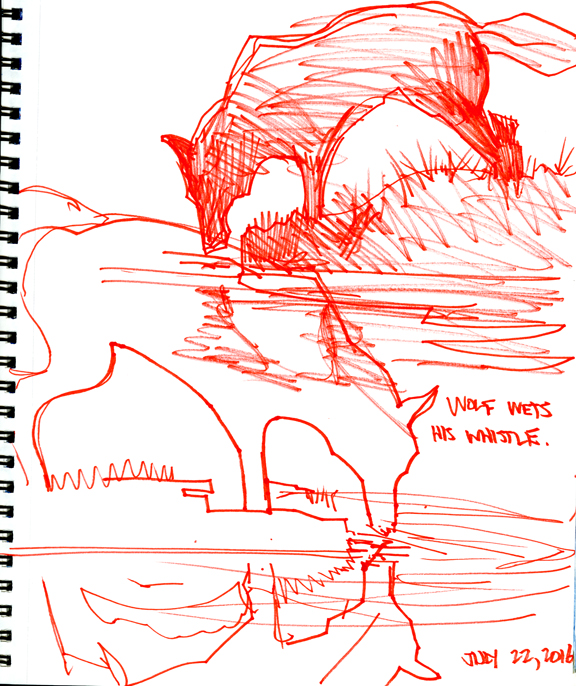 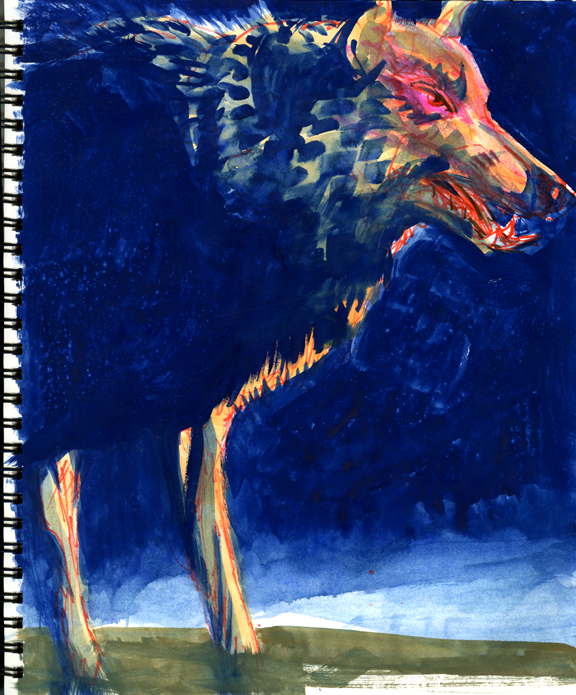 Hard work. Mixed results, many dead ends and a few inspired leaps of imagination which came out of just staying in the chair and doing it. Gee, I wonder what a legendary writer has to say about this?