Egged On by The Maddening Crowd

July 13, 2016
"What kind of town is this anyhow?" opined Wyatt Earp (Henry Fonda) about Tombstone in John Ford's classic "My Darling Clementine." Well, in point of fact the former Goose Flats was a town that loved to follow fights, whether of the pugilist or pistol persuasion, or even of the rabid dog kind. According to one of Tombstone's most knowledgeable historians the best way to understand the story of what happened on October 26, 1881, is to read the testimony of Johnny Behan:

"...I was sitting in the barber's chair, getting shaved-Barron's Barber Shop. It was about half-past one, I think. It might have been later. I saw a crowd gathering on the comer of Allen and Fourth Streets. Someone in the barber shop said there was liable to be trouble between the Earps and Clantons. There was considerable said about it by parties sitting around. I asked the barber to hurry up, that I was anxious to go out and disarm and arrest the parties..."

Mr. Fattig's conclusion: "It reminds people that once the fuse was lit—probably during Wyatt's conversation with Ike at the Golden Eagle, the night before—people on Allen Street were basically counting down to the gunfight, waiting for it to be over, sure, but also for Wyatt, Ike, and Doc to stop dominating conversation in Tombstone. 135 years later, those people are still waiting."
—Tomothy Fattig 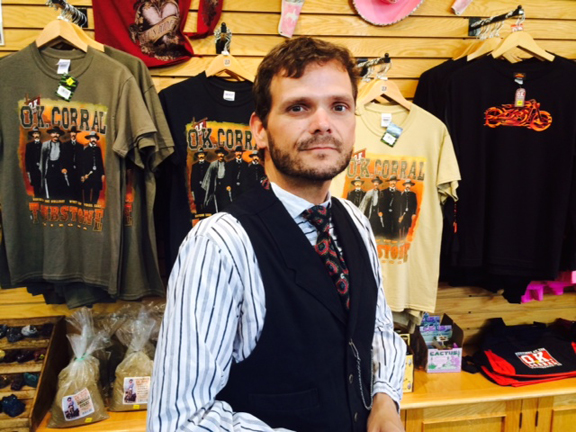 Tim is right on the money. When we see depictions of the O.K. Corral fight it is usually taking place in a surreal, lonely place, where the combatants walk through empty streets (or the people on the street are oblivious to the Earps and Holliday, like in Kevin Costner's film "Wyatt Earp," where everyone goes about their business as if they are merely walking by a random group of men out for a walk.)

Nothing could be further from the truth.

In fact, the crowd at Fourth Street and Allen, which Behan refers to, above, grew quite large (one report estimates the crowd at over 200) with various gadflies and rumor mongers running back and forth from the cowboys to the Earps and Holliday, then back to the Dexter Corral, no wait, they have now moved across the street to the O.K. Corral and they are walking through to Fremont Street, with all kinds of hangers-on shadowing them. When the Earps and Holliday finally take off on their famous walk down, they were followed by a gaggle of Looky-Lews. It was more like a rock fight in a crowded school yard than a lonely fight of gladiators battling their enemies alone in an empty, dusty lot.

Just prior to the fight Martha King was in Bauer's Meat Market on Fremont Street and she couldn't even get anyone to wait on her because everyone in the store was talking excitedly about the pending fight.

"I saw quite a number of men standing in a group together on the sidewalk by the door of the market, and I passed on into the shop to get what I went for, and the parties in the shop were excited and did not seem to want to wait upon me."
—Martha King

This leads to a question: what happened to the knot of men standing on the sidewalk in front of the Meat Market? They were standing there talking about the possibility of a fight and seconds later the Earps and Holliday came into view and then came on, marching right by Bauer's on the sidewalk. One assumes the Earps and Holliday had to wade through the crowd of men to get by. This is when Martha King hears one in the advancing party say, "Let them have it," while another says, "All right."

But the bigger question is this: how much did the crowd have to do with egging on the participants? 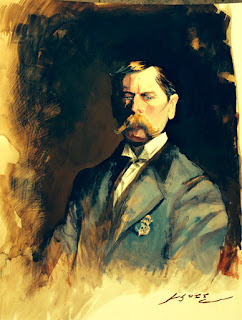 "Take out the crowd and the drunk dentist and there would be no fight to fight about."
—Mr. Looky-Lew