June 9, 2018
Worked on Juni Fisher's book cover image most of the morning, although I did sneak in a couple little Mexicali Stud sketches, as well. 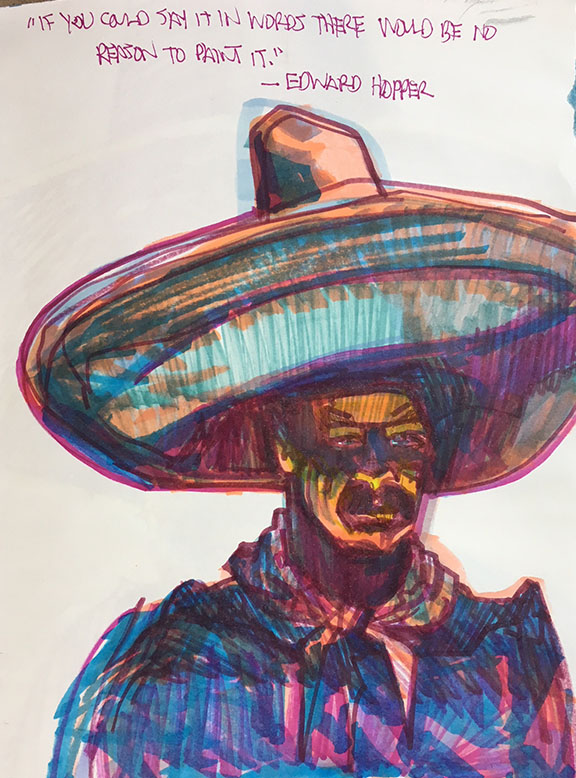 In addition to big hats, dust, XKEs and two-lane-blacktop, I am a big fan of crows. 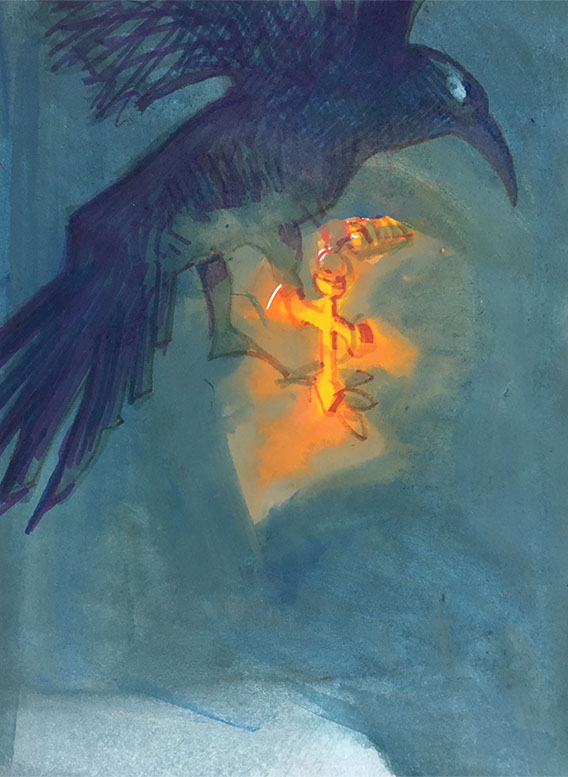 Last night I watched the CNN special on the life and passing of Anthony Bourdain. That guy was so damn good. I always feel bad when someone who brings me such joy, can't have enough for themselves. I enjoyed how all the CNN people who talked about him, called him "Tony," but that just doesn't have the ordained impact of Anthony, does it? He did sum up his life's mission rather nicely:

"I would describe myself as a lucky cook who gets to tell stories."
—Anthony Bourdain