June 23, 2018
Got an image in my head I'm trying to get out on paper. I often obsess on a portrait or visual idea and I end up doing multiple runs at it—perhaps a couple dozen attempts is my record—but, putting it all in perspective, Abe Hays once told me that Maynard Dixon sometimes did 85 different takes on a piece. Dang! That is humbling. And then, yesterday, I read that Cezanne once made a portrait model do 115 sittings beginning at 8 a.m. each day and painting until 11:30 at night. Ambroise Vollard (also an art dealer) claimed he was "verbally slapped" if he so much as twitched.

Thanks to an alert from Richard Coyer I taped and watched the John Ford film, "The Fugitive" last night. This is a 1947 film starring Henry Fonda as the whiskey priest and it's based on Graham Greene's "The Power and the Glory," although in the credits it says it's based on an earlier draft of the same story. Anyway, one of the stars is Pedro Armendariz ("The Three Godfathers"), who is always good and I think I channeled Pedro this morning when I took my first crack at Ojos: 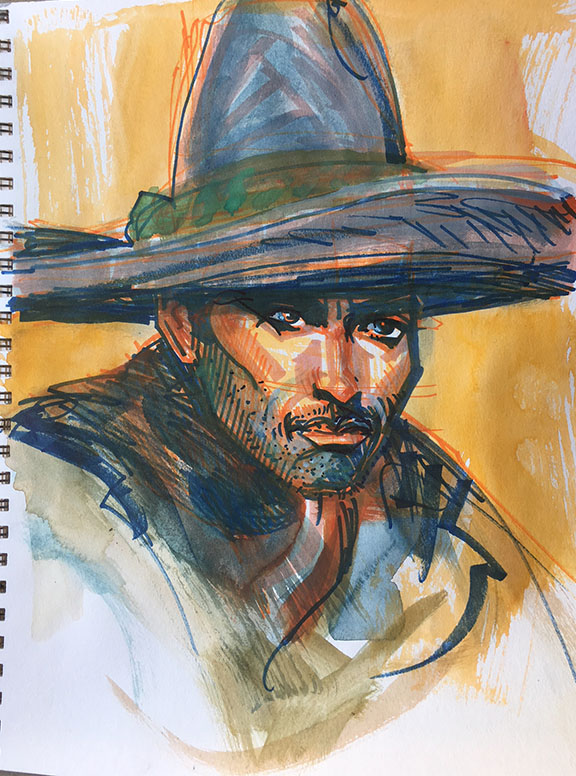 I've taken a couple other runs at the character and here's a couple from my last sketchbook: 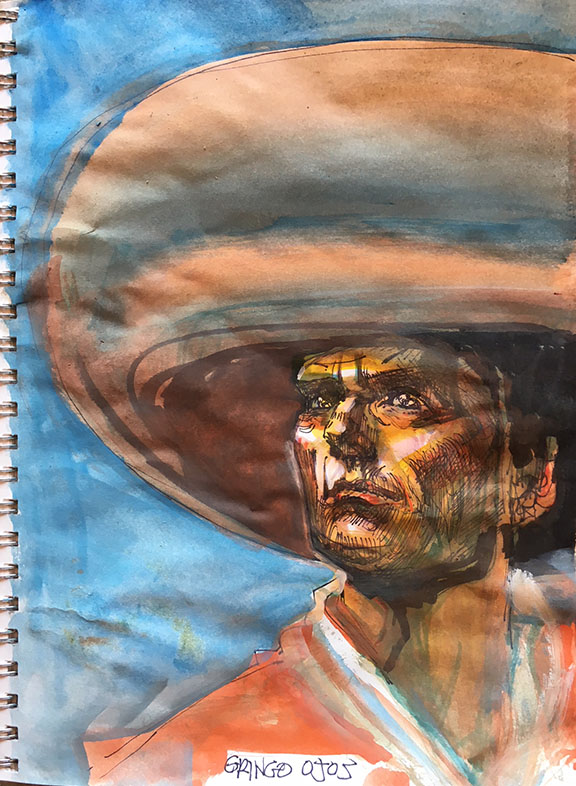 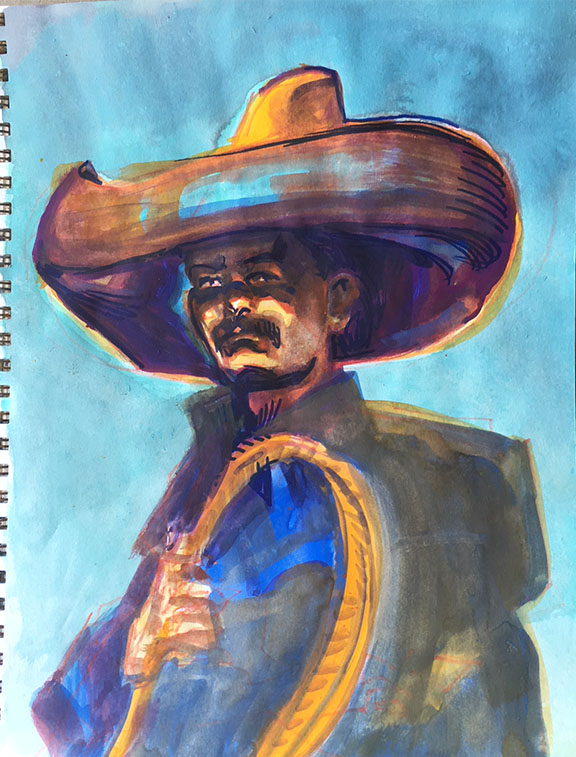 Of course, I often whip out a gaggle of facial studies just to see if anything sticks: 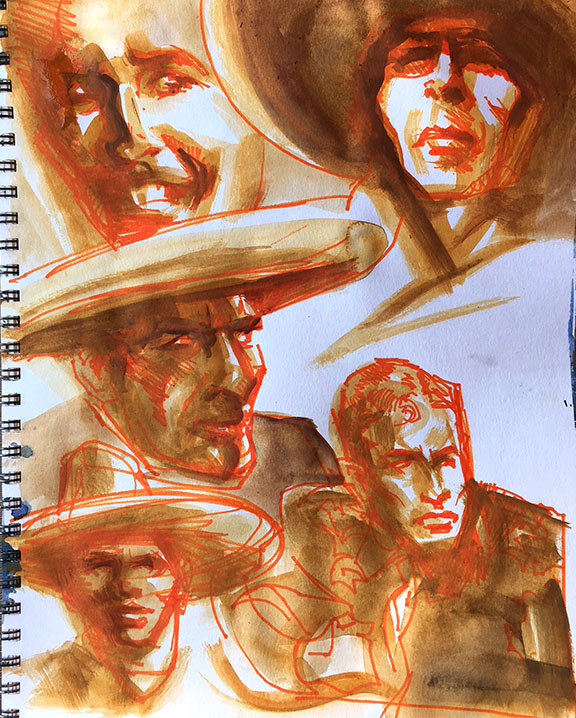 A little too gringo, and what the hell is Lou Diamond Phillips doing up there in the right-hand corner? I thought it might be appropriate to do one with a more Douglas Fairbanks flair to it: 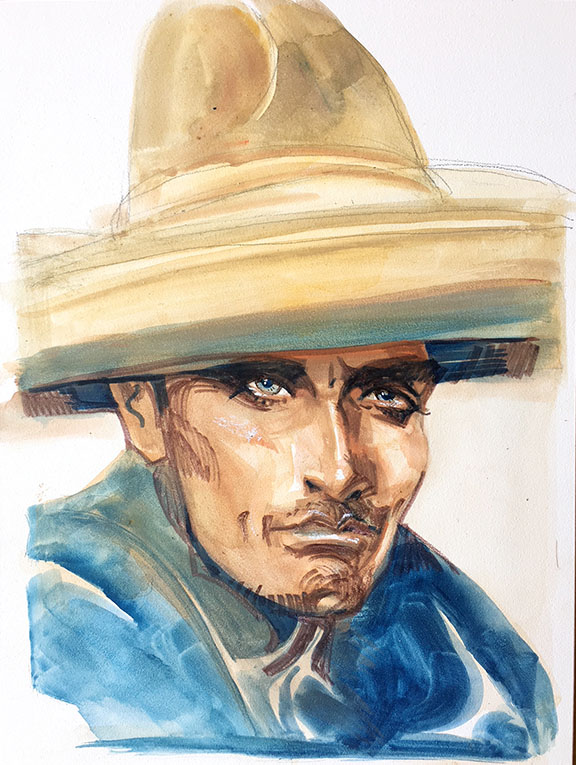 And, I thought it only right that Ojos might be closer to a Diego Rivera type mural character, more Indio than Mexican: 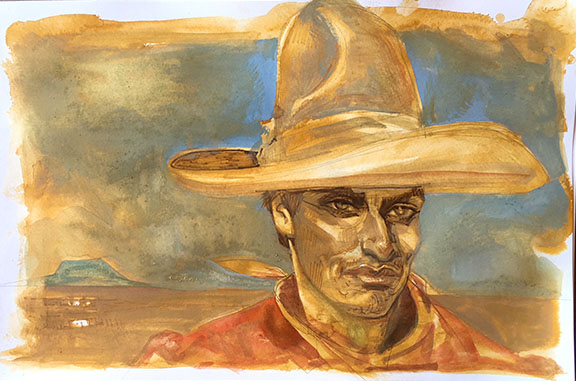 And, since the dormador is quite a ladies man I Googled "Mexican Hunk" and this guy came up: 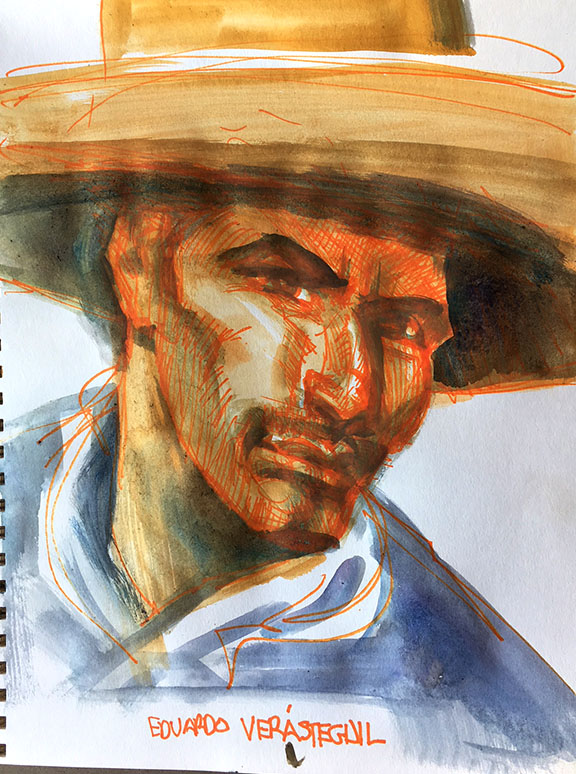 And, coming full circle, one of the characters John Ford really missed the boat on in "The Fugitive," is the Judas character from the book who is described as having a "crooked mouth with yellow canines." Dang, that is a cool, mental image yet they didn't even try to match it. But I have: 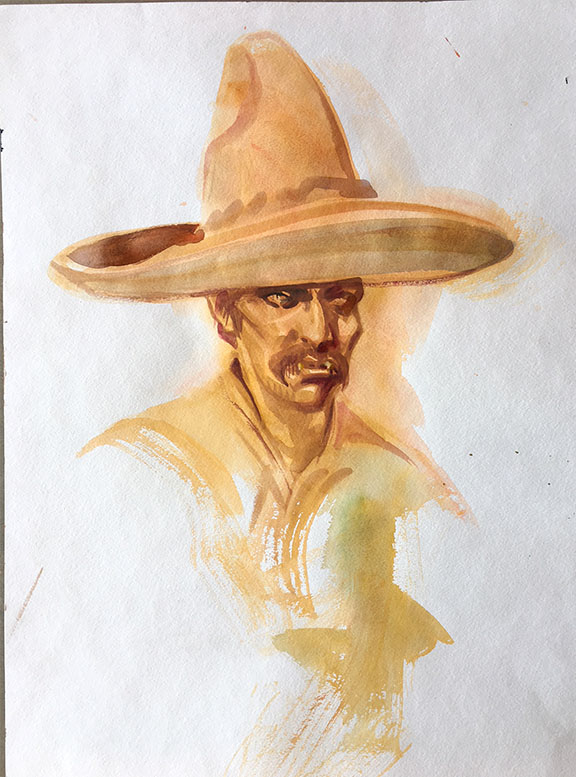 The good news is I had fun, the bad news is I don't think I've found the guy's look, yet. So more Cezanne searching, por favor.

"Don't hesitate to exaggerate colour and light. Don't worry about telling lies. The most tiresome people and pictures are stupidly truthful ones."
—William Merritt Chase