When California Was An Island

June 28, 2018
Had lunch yesterday with the Cattletrack boys, Mark McDowell, Brent Bond and Andy Chuka and we talked quite a bit about Baja and my Mexicali Stud project. I told them I want to do some pretty ambitious maps depicting the evolution of Baja and California over the past 400 years. I have some very nice maps to illustrate this aspect of the story. Here are two of them.

Parts Unknown, Indeed!
There was a time when the Pacific side of North America was a little sketchy to European mapmakers. 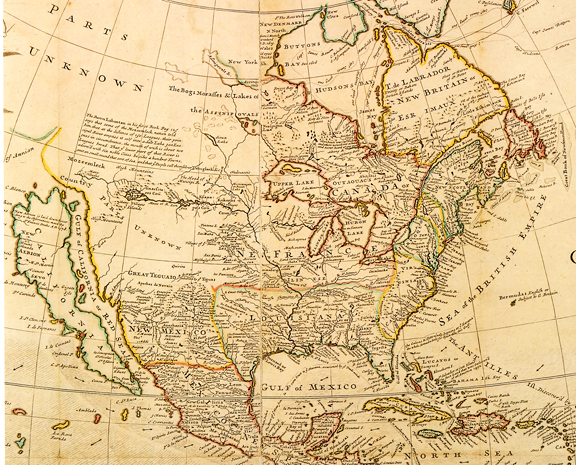 As late as 1710, mapmakers were still depicting California as an island.

Much of what became  the northern United States is marked as "Parts Unkown," and the Great Lakes have finally found their approximate shape. A mere decade earlier they were shown as one big, round lake, like this: California was portrayed as an island for quite some time (Spanish ships had made it up the inside of the Baja extension and since they didn't make it to the mouth of the Colorado River they assumed California was probably an island). Before 1700, the Great Lakes were portrayed as being one, big lake (see semi-circle).

Bios for The Mexicali Stud
Of course I love doing mini-portraits and here is one of the jefes of the Baja in 1876: 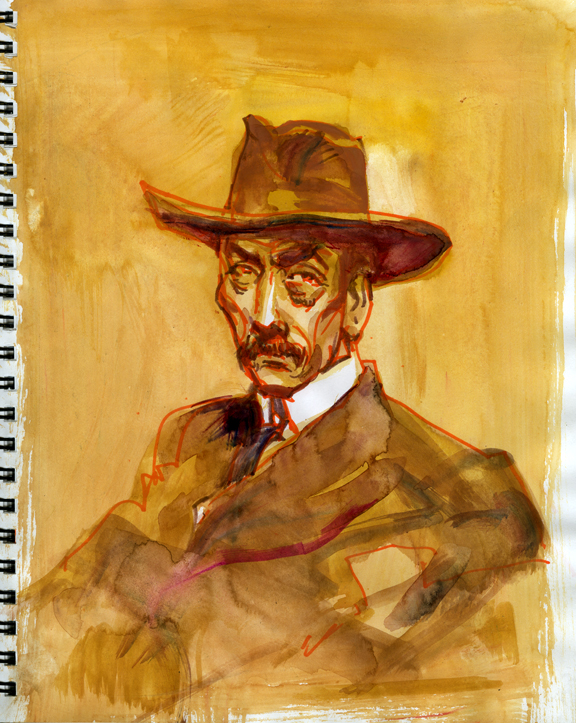 And, keeping with my vow to do a scratchboard every day, I did the same guy in scratchboard: 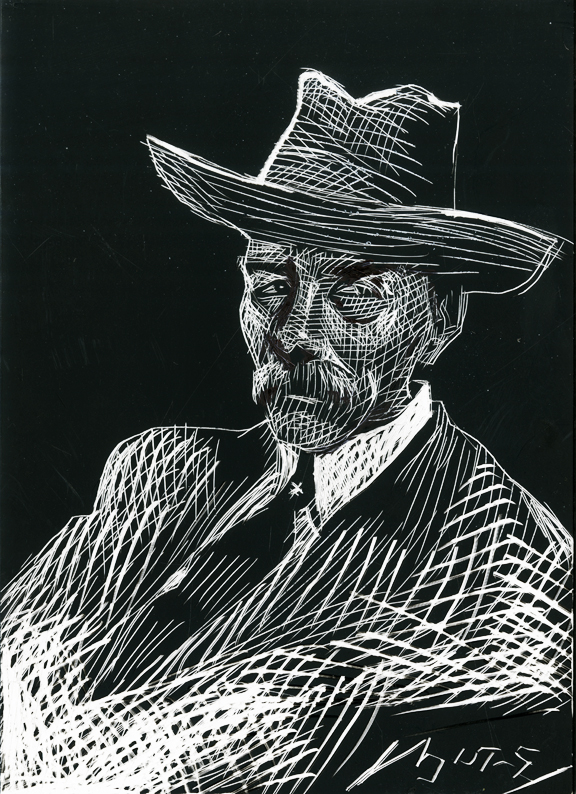 I thrive on these little side projects and I have to agree with Graham Greene:

"Sometimes I wonder how all those who do not write, compose or paint can manage to escape the madness, the melancholia, the panic fear which is inherent to the human condition."
—Graham Greene