The Cockfighter And Cole Younger Survives

June 19, 2018
Got up this morning and did a take on a little different subject matter: 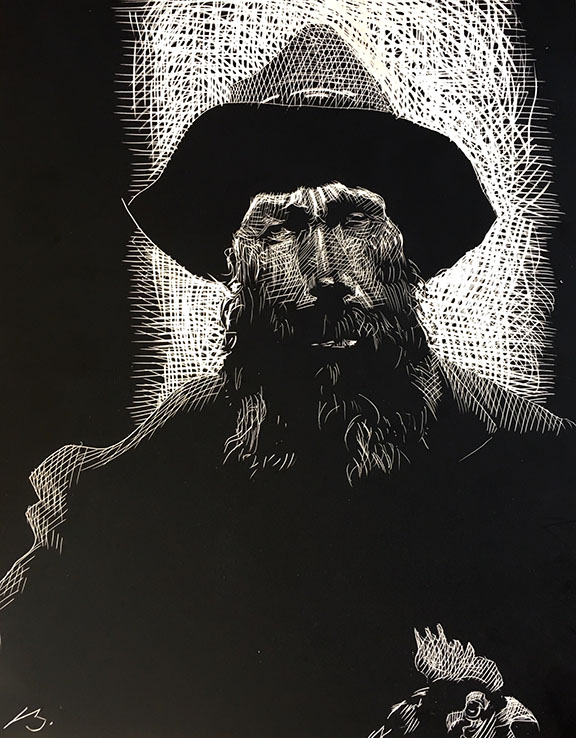 I also added a couple strokes to an earlier image: 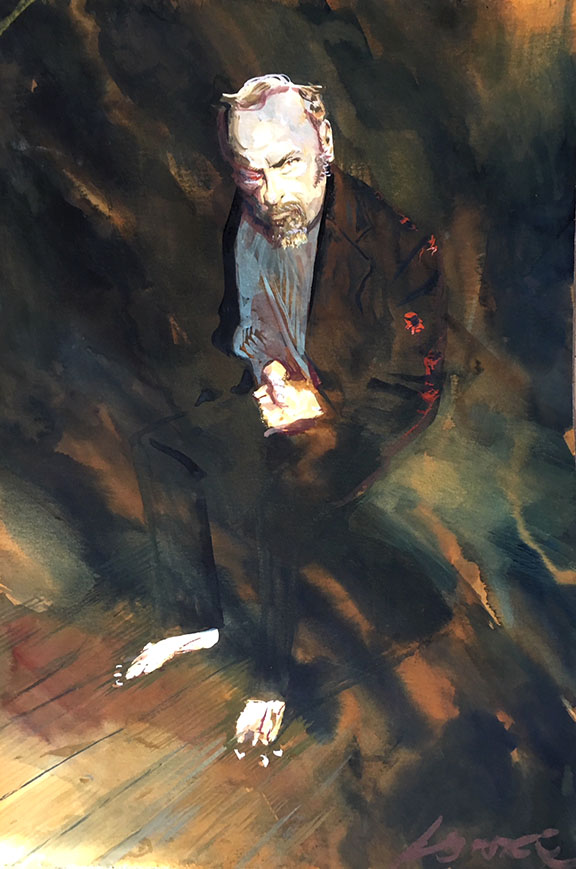 "Cole Younger Shot All to Hell
And His Toenails Fell Off"

Charlie Pitts: "We are surrounded. We had better surrender."

Charlie Pitts: "All right, Captain, I can die as game as you can."

Charlie stands and fires at the oncoming posse, 7 townsmen from Madelia, Minnesota, marching towards the outlaws hiding among the willows in the bottom of Hanska Slough. Returning the fire, Charlie is hit in the chest and Cole takes a round in the face. Bob Younger is also shot in the chest trying to surrender. Numerous shots rip through the plum thicket where the boys make their last stand.

After the brief tornado of lead, the seven volunteers wade into the outlaw's position and Sheriff Glisin barks, "Bring a wagon down!"

As the possemen disarm the outlaws, Cole Younger, temporarily stunned by the shot in the face, rolls up on one elbow, beligerent and woozy, like a bear awakened from a long hibernation. "Come on," he says, "I'll fight any two of you sons of bitches!"

A lumber wagon comes crashing through the underbrush. "Which one of you is Jesse James?" one of the posse members asks. "Anybody got a chew," Bob Younger replies.

For a long time no one says anything as the men go about the difficult task of getting the wagon and their captured prey out of the slough and back up on the road.

As the wagon comes back up out of the slough, spitting mud like an overloaded manure spreader, women passengers leer out of buggys lined up on the road. Hands to mouths, the women sightseers gasp at the awfulness of the wounds. Even the volunteer possemen are struck by the carnage they inflicted. Sheriff Glispin walks up close and puts his hand on Jim Younger's shoulder: "Boys, this is horrible, but you see what lawlessness has brought to you."

"Everybody is in a struggle you know nothing about."
—David Brooks