The 25th Anniversary of the film "Tombstone" Commemorative Poster

July 29, 2018
My friend Steve Todd printed up a commemorative poster for the 25th Anniversary of the film "Tombstone" which he will be selling this weekend in the city park next to the O.K. Corral in Tombstone, the town. Yesterday, he brought by several for me to give to my friends. Here we are posing with one of his big posters: 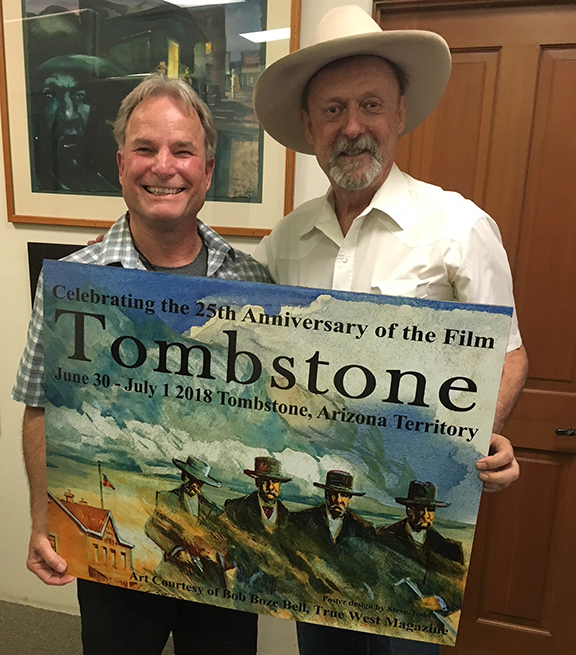 Steve Todd and I holding one of his large commemorative posters featuring my artwork.

He has two sizes, and this is the big one (I bought a big one for $40). A steal. I'll have details later on how to get the smaller version from me.

For more information on the event go here:

"You may be a huckleberry, but that's me in the poster."
—Doc Holliday (above, left, in poster)
Posted by Bob Boze Bell at 10:57 AM