June 30, 2018
Worked today on a bunch of different paintings and scratchboards. I just finished this last one: 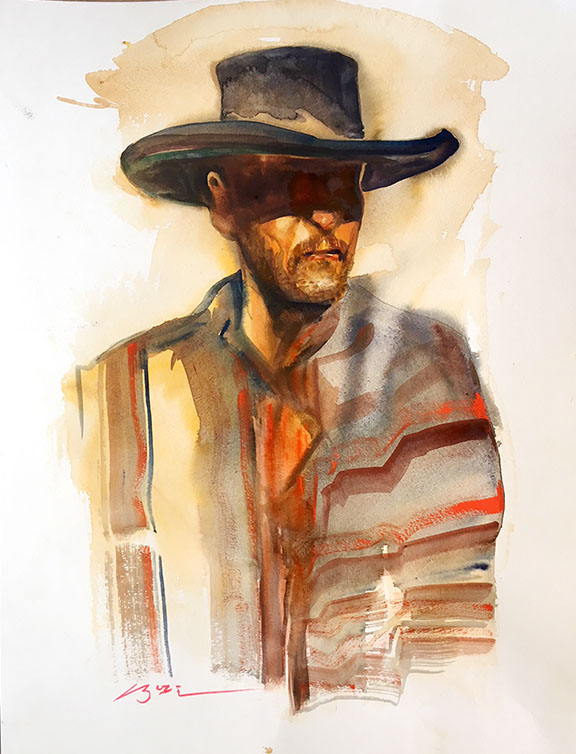 If he looks slightly familiar it's because the head and hat is based on a photograph of the guy who owns The Gunfighter Museum in Tombstone.

Yes, that would be Richard Ignarski. I have been utilizing the guy since October 26, 1981 when I first met him at the O.K. Corral centennial in Tombstone. He was from Albuquerque at that time and he came over, like I did from Phoenix, just to be there at 2:30 P.M. on the 100 year anniversary. There were no ads for the event that I saw, I just knew it was a place I had to be. That was a fateful day, because I also met Robert McCubbin and Phil Spangenberger, among others, who later figured so prominently in the future of True West magazine. I asked Richard if I could take his photograph for art reference, and he agreed. Richard has always been very gracious and has always had a great look. Here's an example: 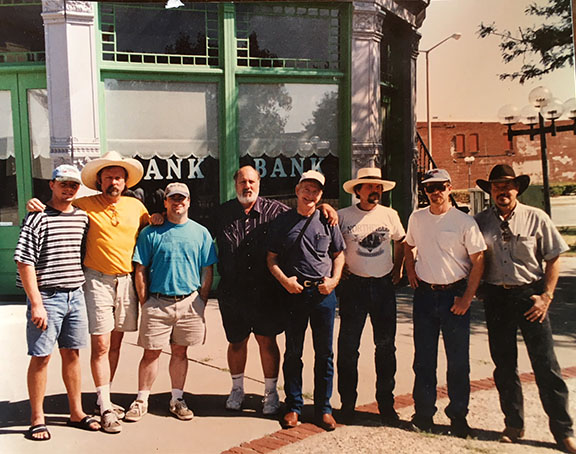 The Original Renegades
at Coffeyville, Kansas, August 30, 1998
In front of the Condon Bank, (L to R): John Northrop, BBB, Marcus Huff, Paul Northrop, Marshall Trimble, Richard Ignarski, John Boessenecker and Bob McCubbin. Photo by some guy on a motorcycle who we flagged down.

On Friday, I received a complimentary CD of Ronnie Glover's newest project, which I did both the cover and the back painting for: 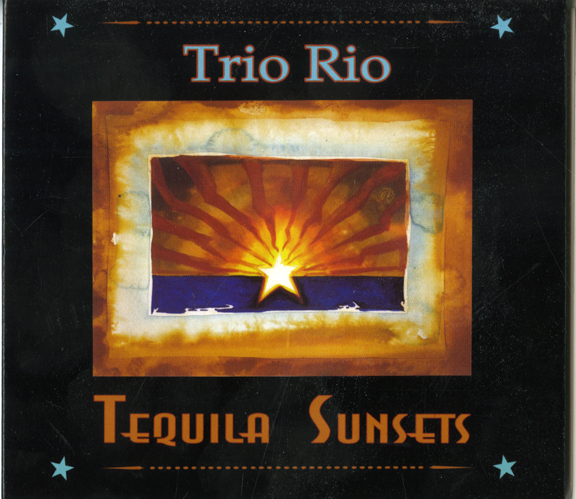 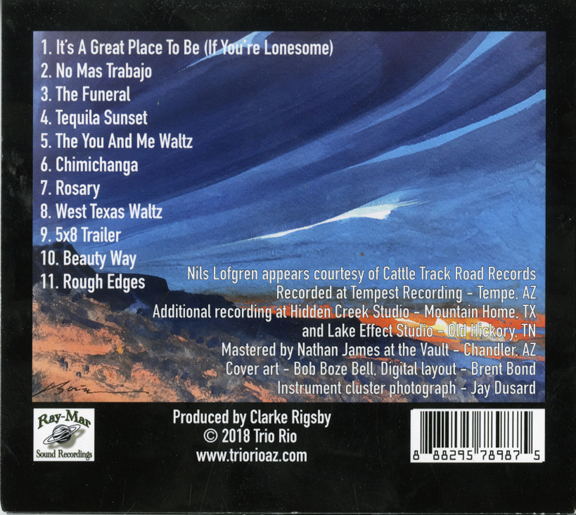 Came out very nice and the music is very good, as well.

"The easiest thing is the hardest. It is harder to be simple than it is to be complex. Education drowns us in detail."
—Old Artist Saying