What Do You Do When Your New Girlfriend Wants to Visit An Old Boyfriend?

June 12, 2018
True story: my new girlfriend wanted to go visit her old boyfriend in Austin, Texas. So I drove Kathy Radina from Phoenix to the Lone Star State in her car to visit the infamous DJ who had just been fired from KOKE FM (LBJ's station) for refusing to play disco. 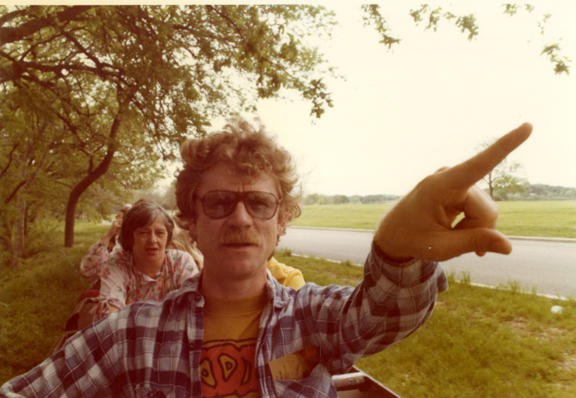 Marty Manning on a little train bound
for nowhere.


Needless to say, Marty Manning was the hero of the entire town—for refusing to play disco—and everywhere we went (The Broken Spoke, Wylies, Oat Willies, The Armadillo, Sixth Street, etc.) everyone bought us free drinks and free food.

If you don't believe me, here I am outside of El Taquito Cafe in Austin with the chef. Someone sitting next to us in a booth recognized Marty's voice from the radio and bought us breakfast (megas!): 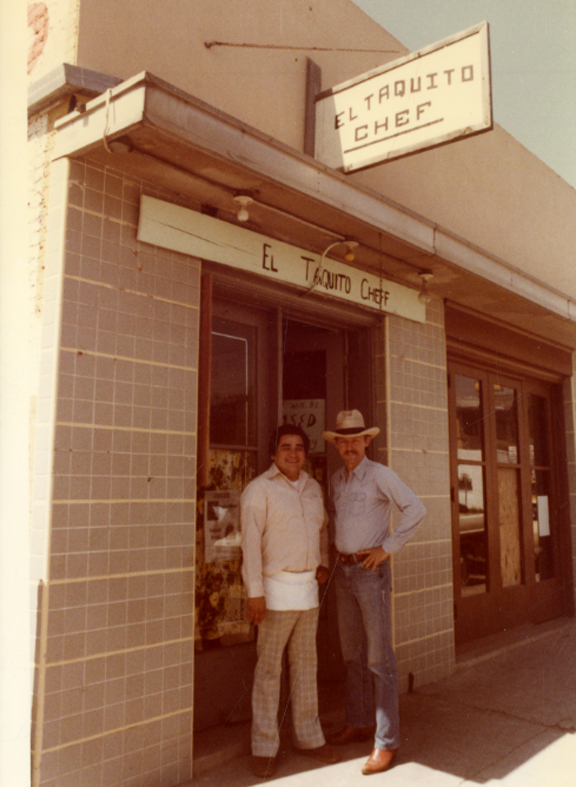 Free megas in Austin thanks
to Marty Manning.

Marty also hooked me up with several underground cartoonists and we had fun chatting about the biz. That encounter ended up in the newspaper: 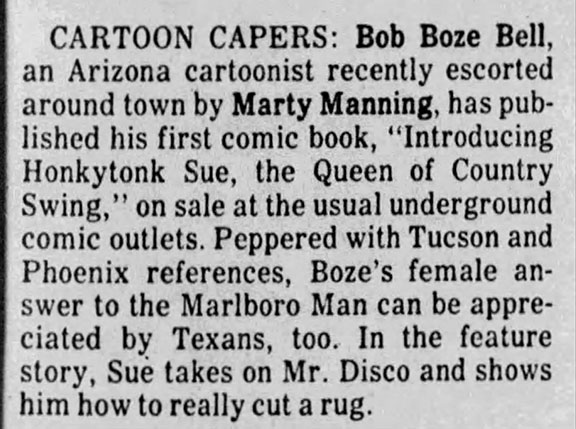 On the way home from Austin we went the northern route through Big Spring (where my mother's kin are from) and then on over into New Mexico, landing at Carlsbad Caverns and then on up to Mayhill where we spent the night in a snug log cabin. 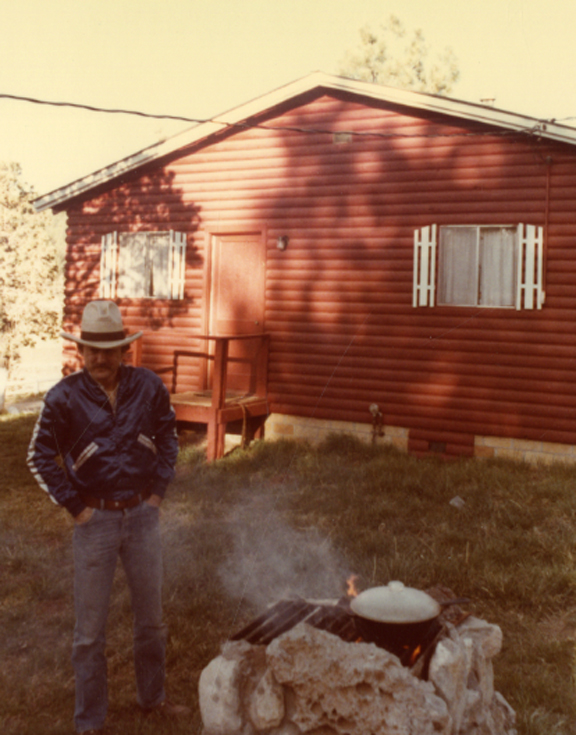 Mayhill cabin breakfast on the grill.

From there we made it up to Cloudcroft and Ruidoso and as we came around and down the mountain towards Hondo, we pulled the car over to take a photo. A tourist who had stopped at the same lookout, offered to take our photo, and here it is: 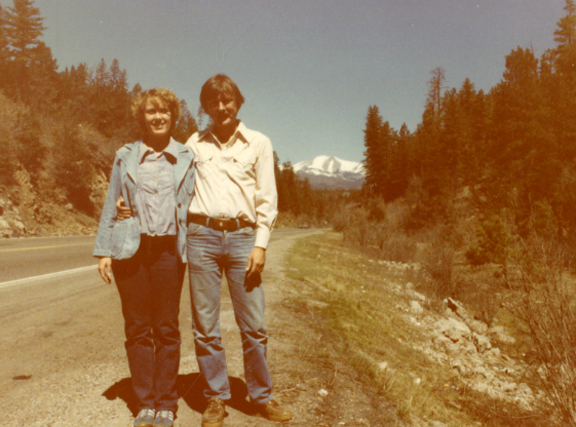 Two lovebirds before the storm.


Continuing on down the Valley past San Patricio we realized we were in love and we started talking about getting married and where we might hold the wedding. After I rejected a couple of practical suggestions from Kathy, I made the turn at Hondo and as we meandered northwest alongside the serene Bonito River we got into our first fight. Kathy wanted to know why everything always had to be "so Western" with me and I defended myself by saying, "I'm sorry I don't want to get married in the Polanski Club on McDowell Road, so sue me!"


Granted, I was new at the relationship game and didn't know this was like throwing gas on a fire, so as we drove through a very quaint little village, it got pretty ugly and I didn't even stop, the car.

Fortunately, things calmed down by the time we got to Socorro and we later (July, '79) got married at Pioneer Village, thank you very much. But before that happened I looked on a map to see what the name of the small village was that we drove through while fighting like cats and dogs.

Lincoln, New Mexico—Billy the Kid's hometown. A place I had wanted to visit my whole life, and I drove right through there, without stopping!

"Pay attention, the universe is trying to help you."
—Old Vaquero Saying
Posted by Bob Boze Bell at 3:10 PM