The Disappearance of the Good Guy on The White Horse 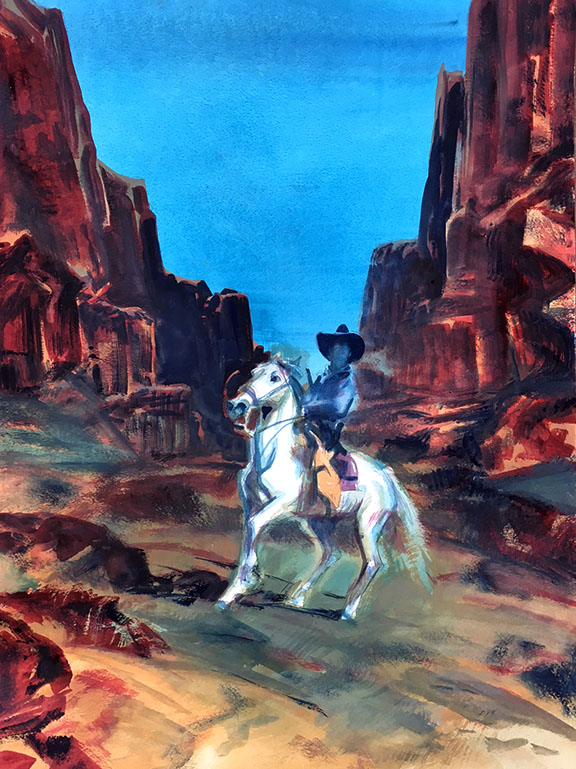 Daily Whip Out:
"The Good Guy On The White Horse"

When I was a kid, he was everywhere, from  Buck Jones (who the above was modeled after), Hopalong Cassidy, the Lone Ranger. It was shorthand for purity, good guy-white, yeh, we get it. Black hats, white hats, all that. Of course, today, it seems naive, in a big way. In a painful way. Still, I kind of dug it and it seems like the entire concept is being erased. 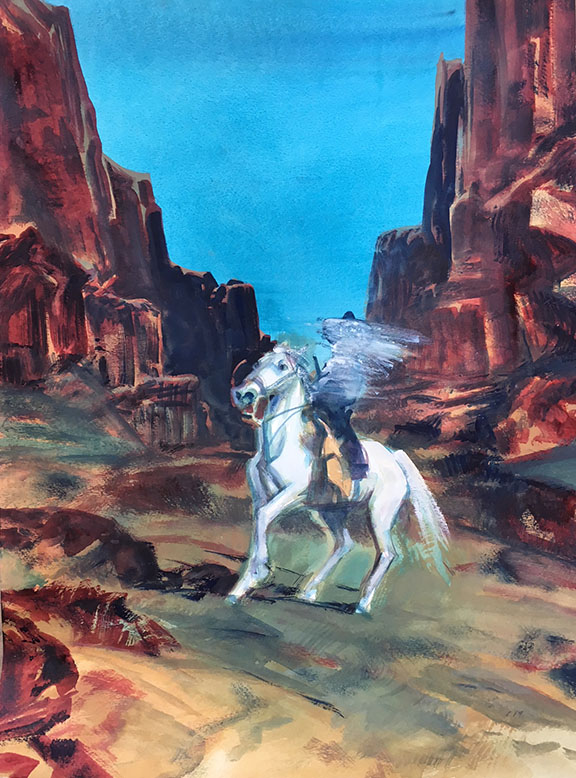 "The Good Guy On The White Horse
Is Being Erased"

Was there ever a good guy on a white horse who was actually good? Ghandi Ranger? Okay, so, where does that leave us? 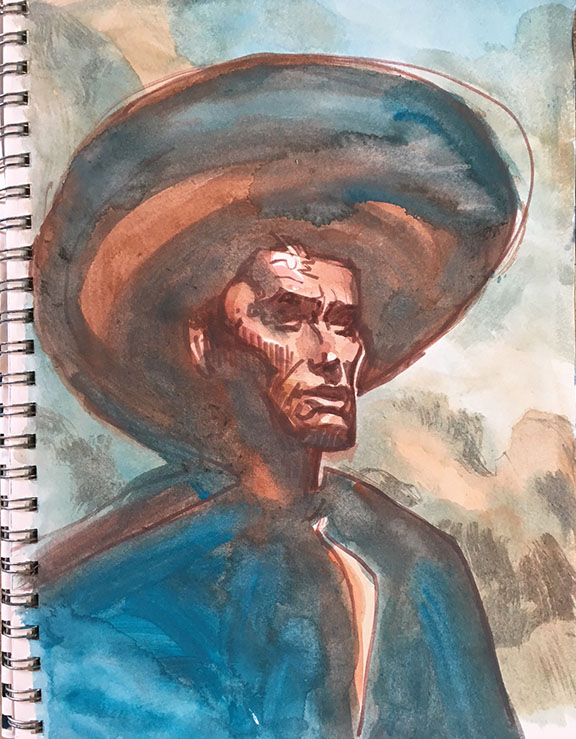 It's in the hands, man. The guy has a way with horses and the magic is in his hands. And he's after a white horse, a stallion called The Mexicali Stud. If he rides it will that make him good? Pure? I think you know the answer to that one. 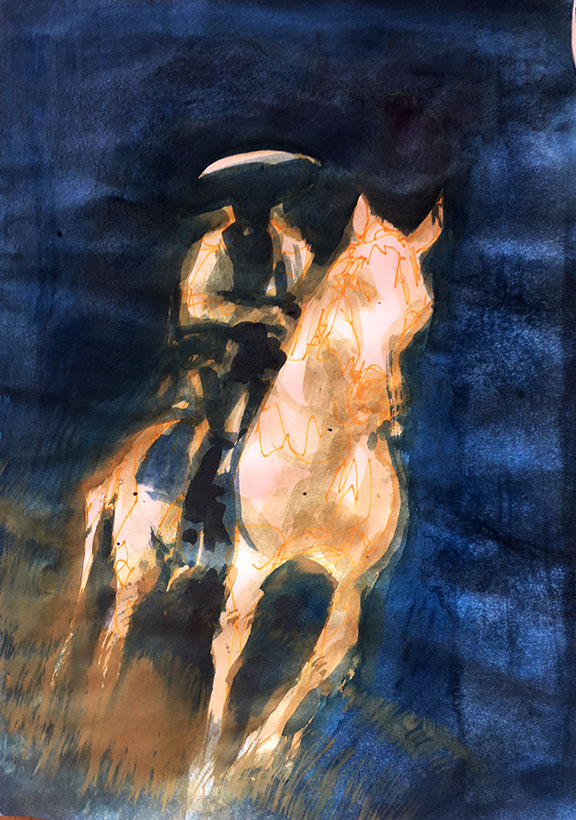 
And speaking of heavey-handed symbolism: 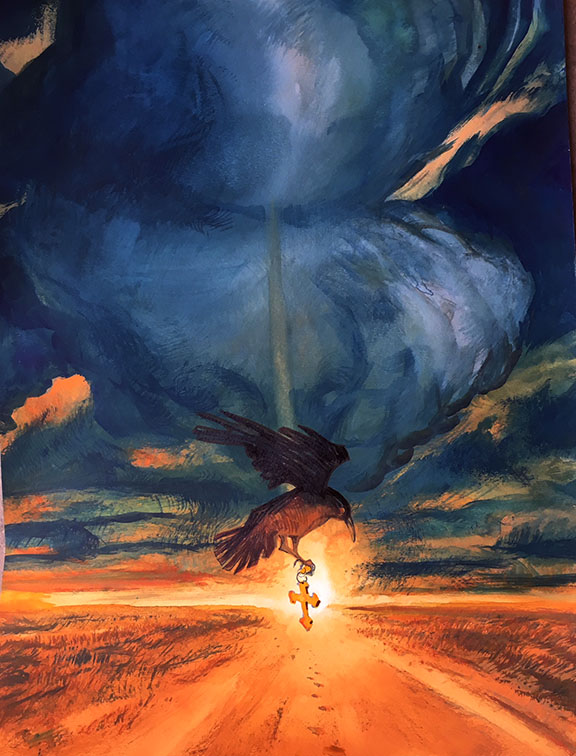 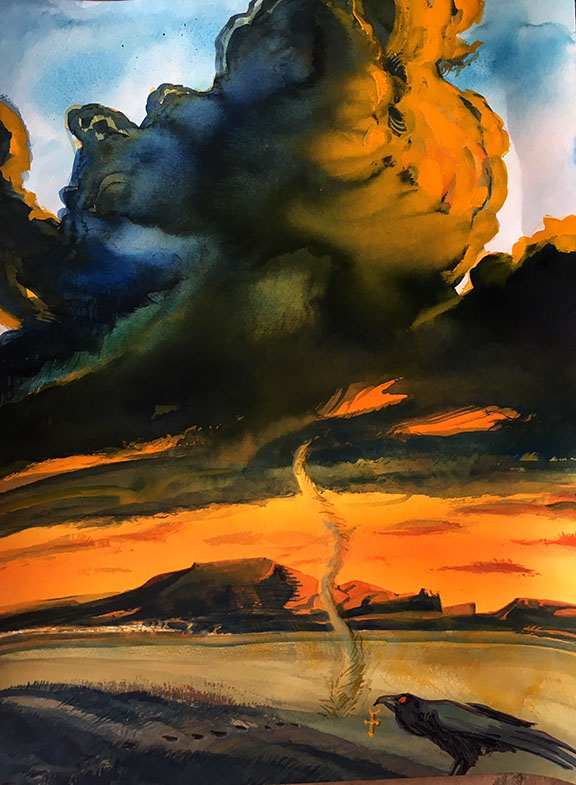 Two things: when something is so out, get ready for it to come back in. And, two, who would look mucho groovy on a big, white horse? 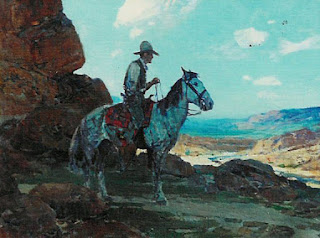