July 17, 2019
Here's a two-stepper. I took a photo of a dramatic sky when I was in Deadwood last month and last weekend I did a quick study of it and put it aside.

Several days ago, I decided it really needed an Apache standing in front of it and so I whipped one in. 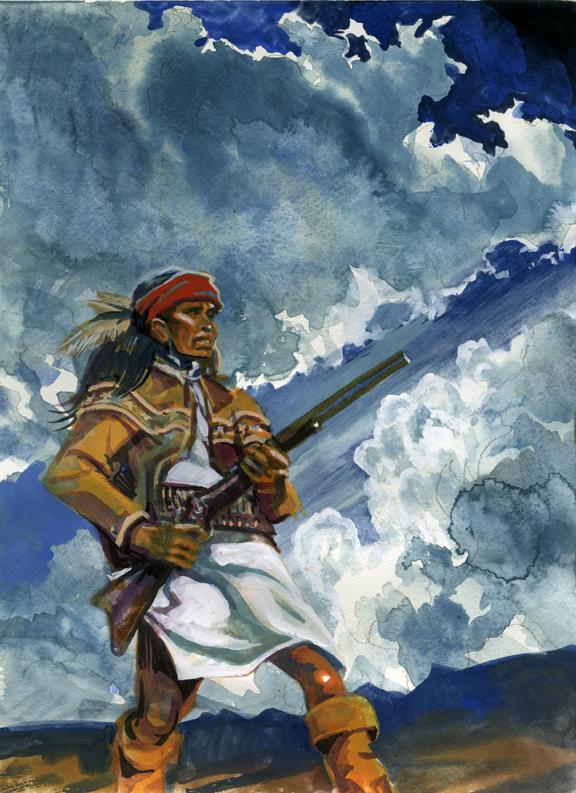 John Langellier was in the True West offices all day yesterday, working on a big cover story we are going to do on the under-appreciated White Mountains Apache and, so, Alchesay was on my mind. 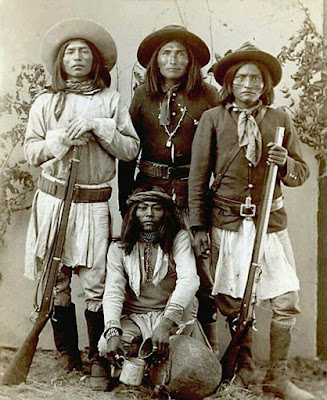 And, as I mentioned before, the guy was really photogenic. 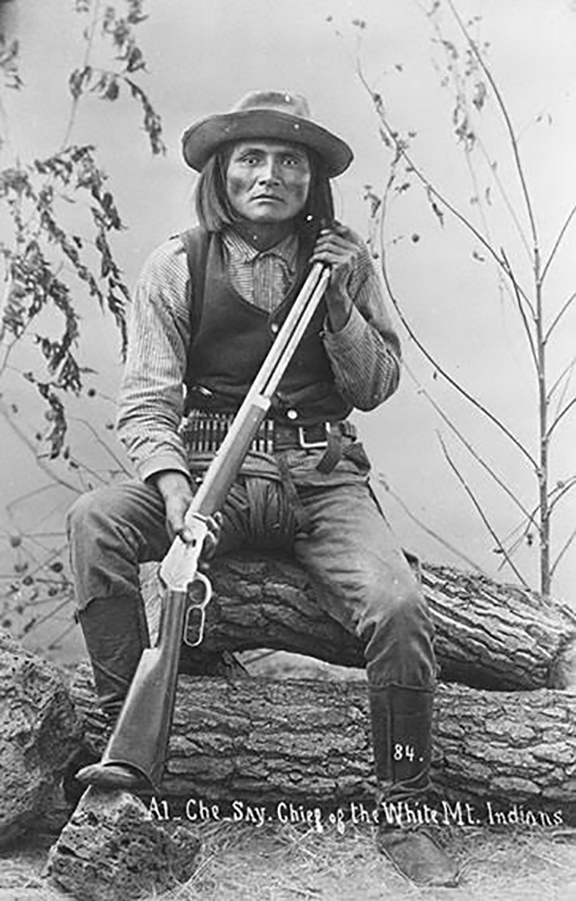 Thanks to Dr. Langellier for sharing these photos with us. He found them both.

Unlike some of his Apache cousins, Alchesay worked in his community to fight for a better life for his family and his tribe. And he didn't use violence to achieve it. He should be much more well known than he is. We aim to change that, at least a bit. Thanks John, and thank you Alchesay!

"Whoever fights can lose. Whoever does not fight, has already lost."
—Bertolt Brecht