The Cover Boy And The Cowboy

July 26, 2019
Maynard Dixon got his commercial art jump started by doing magazine work for Charles Lummis in 1900, but by 1903 he had landed on the cover of Sunset. 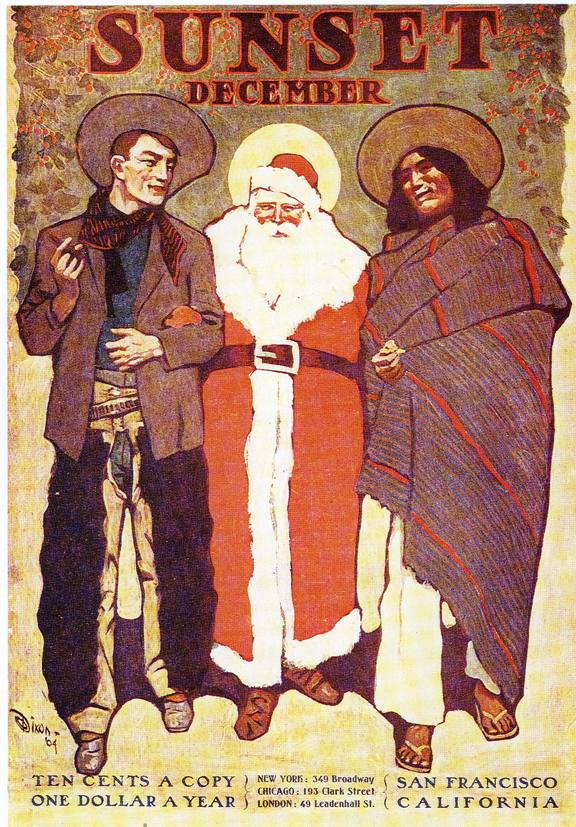 The Cover Boy
Over the span of several decades Dixon's strong design sense and captivating artwork appeared on  dozens and dozens of magazine covers and numerous book jackets. 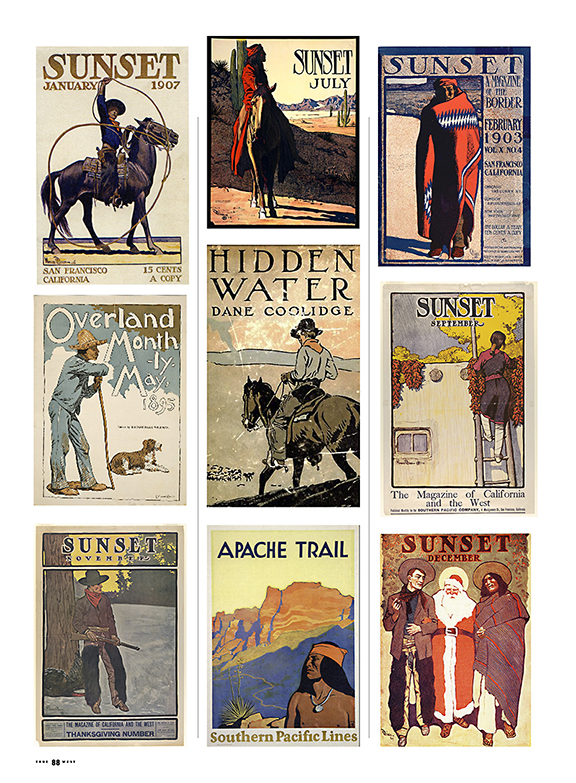 Just a taste of the many Dixon covers

In May of 1901, Maynard and his artist friend Edward Borein, took off from Oakland on horseback, bound for Montana. Averaging about 25 miles a day, they rode through Carson City and Reno, Nevada. From there they headed north into southeastern Oregon they spent two months on isolated ranches, including the P Ranch where Dixon made rapid pencil sketches. These gesture drawings are brilliant in their simple lines with dashed off detail done with precision and amazing skill. 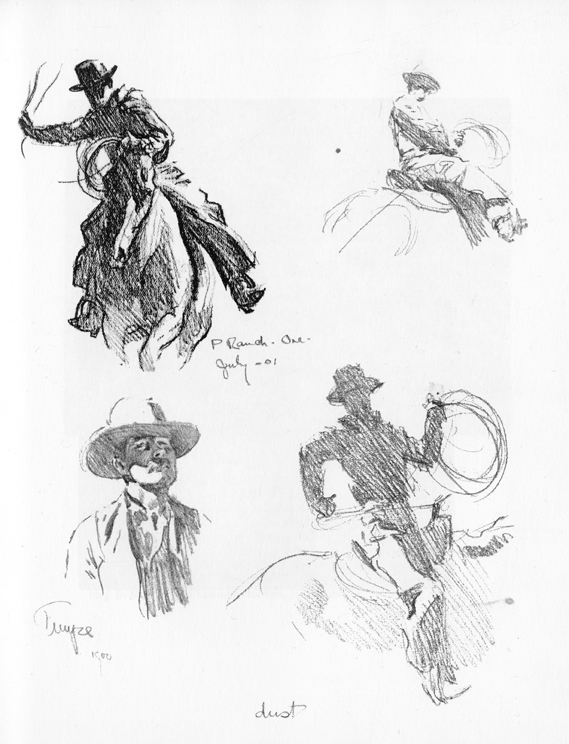 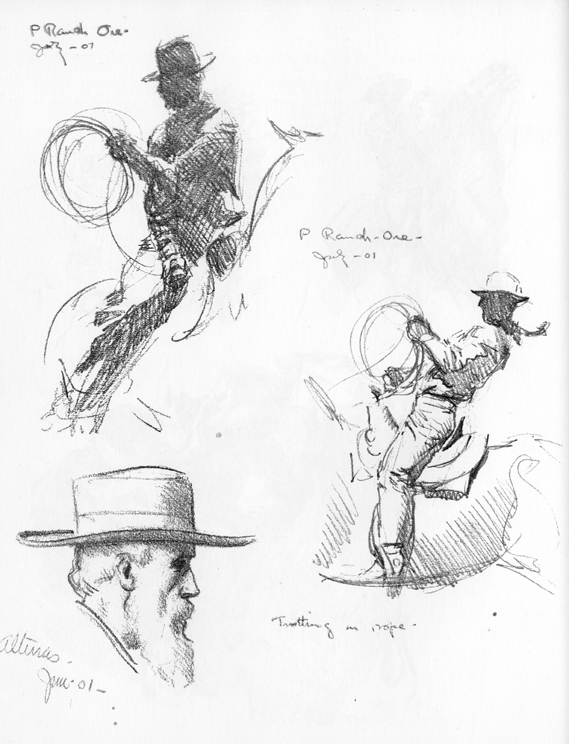 "The results of the trip," Maynard wrote to Lummis, "were plenty of sketches, no oils, new knowledge of Indians and cowboy and range life in a tough country, and a greater respect for facts."

But the memory muscles of the trip returned when he later did wonderful oil paintings like this one: 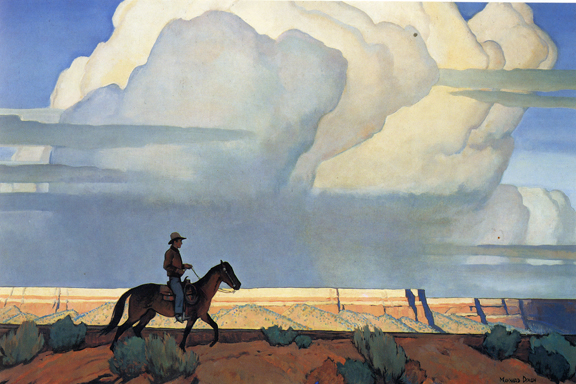 In-din Stalker
Maynard explained how difficult it was to capture In-dins as subject matter: "Indians have a silent way of being not sketchable when they so will it, though they remain in plain view. The Navajo are all right to paint if you nail them to a post and have somebody hold a gun to 'em while you do it." 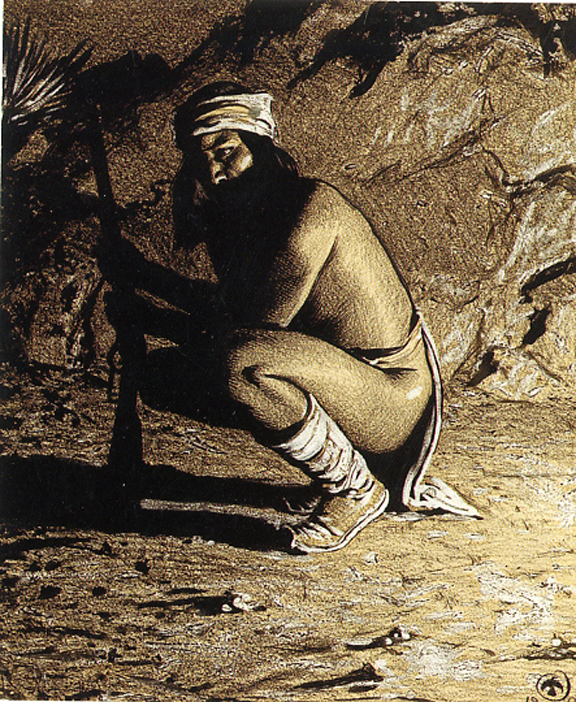 Maynard spent some time in New York and was successful there but he didn't like where Western publishing and story telling was going with the increasingly exaggerated conflict. He wrote to Lummis, "I'm being paid to lie about the West. I'm done with all of that. I'm going back home where I can do honest work in my own way."

And, after all this time, it looks like Maynard will have one more cover for his still expanding portfolio, this coming October. 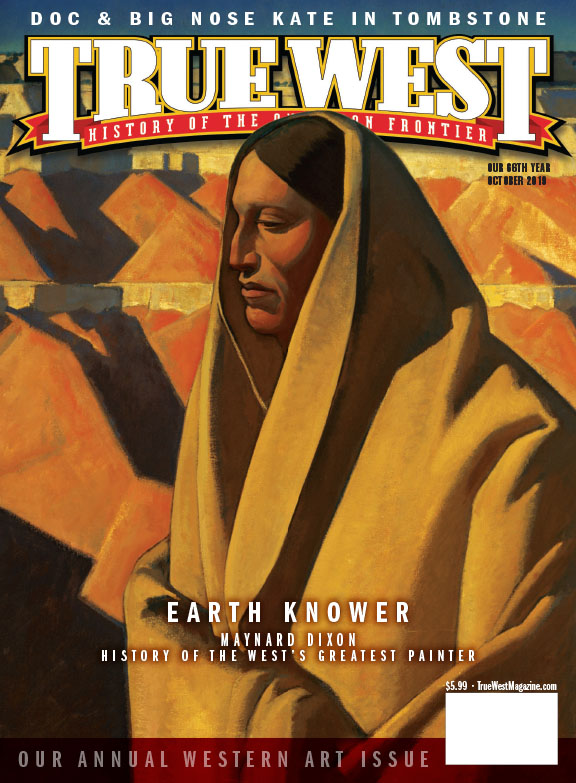 "The melodramatic Wild West idea is not for me the big possibility. The nobler and more lasting qualities are in the quiet and most broadly human aspects of western life."
—Maynard Dixon