July 25, 2019
As a mere boy, Maynard Dixon, 16, quit school and sent some of his drawings to his hero, Frederic Remington, and got this reply: "You draw better at your age than I did at the same age—if you have the 'sand' to overcome difficulties you could be an artist in time."

The term "sand" is an American frontier expression conveying stamina and courage.

Leaving his home in Fresno, California, Dixon traveled down to El Alisal, on the Arroyo Seco, six miles out of Pasadena and met Charles Lummis who assigned him to take a road trip east, to find the true West.

Maynard launched himself east, by train, and landed in Needles, California, in July of 1900. He was determined to draw the people he met, especially the Mojave In-dins and he found them, up the Colorado River, at Fort Mojave where the average temperature in the shade was 120 degrees! Here are a few of the sketches he made, on the banks of the Colorado River. 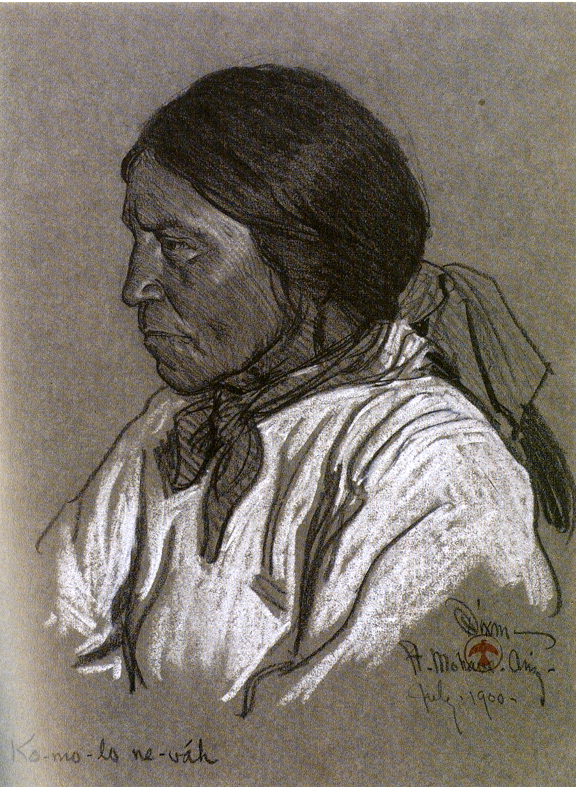 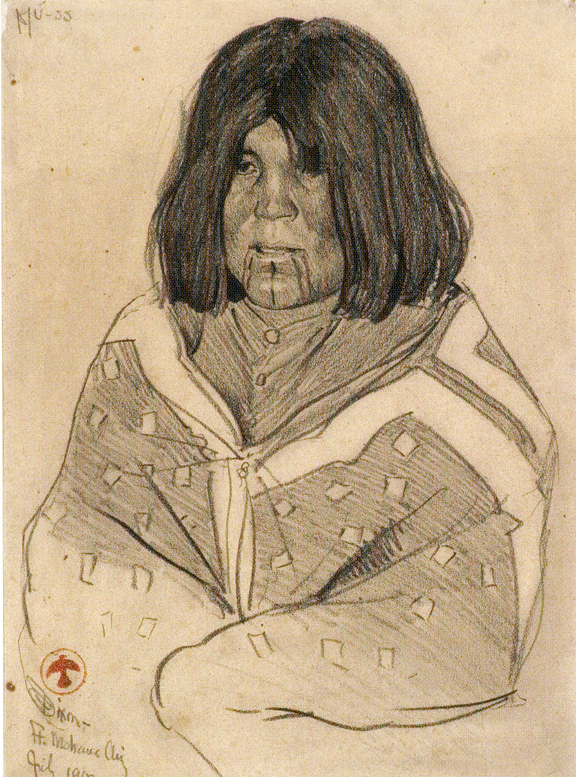 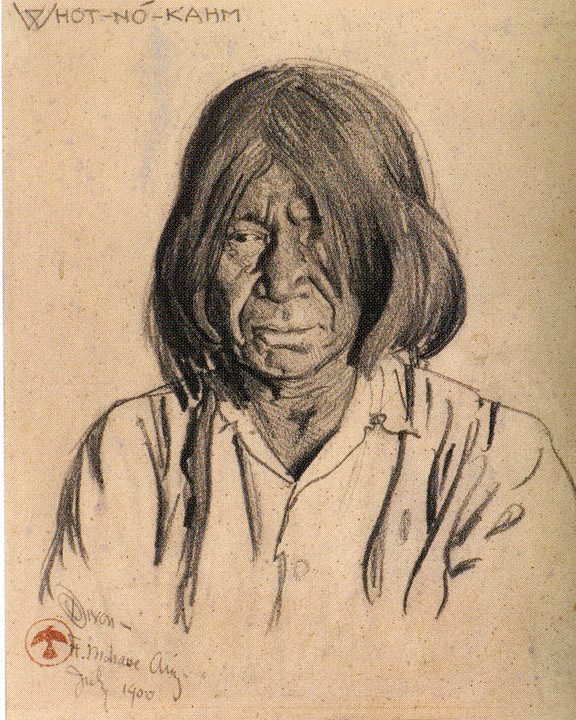 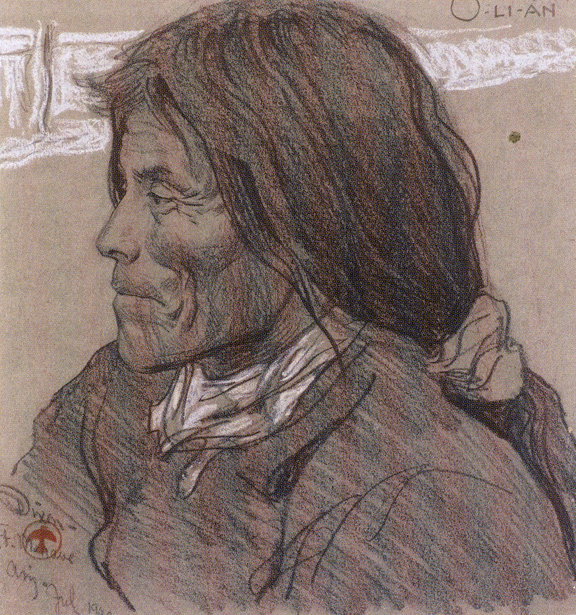 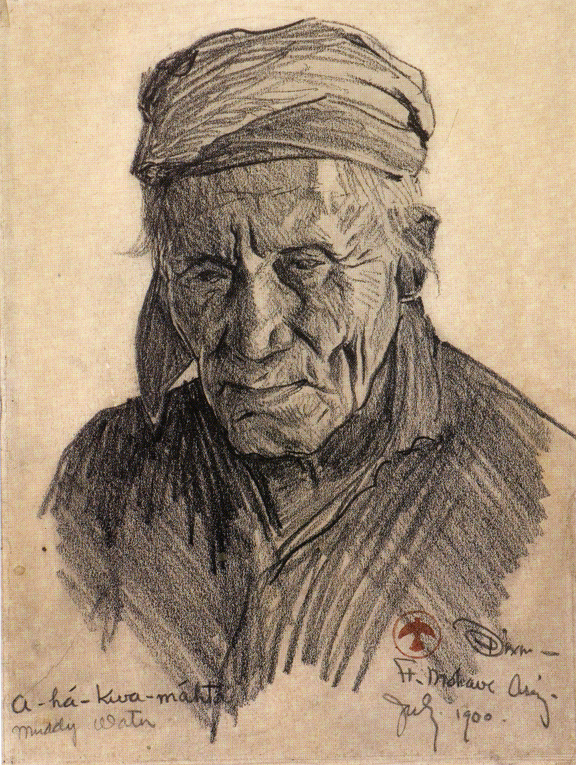 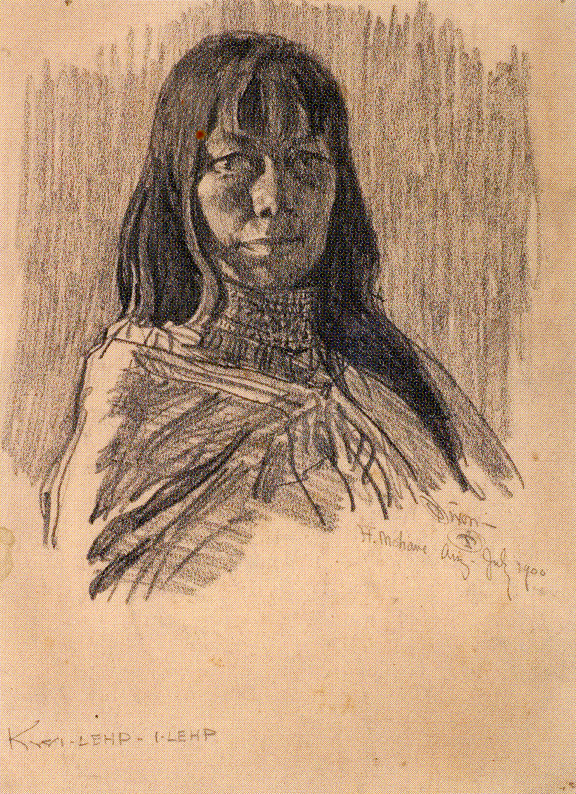 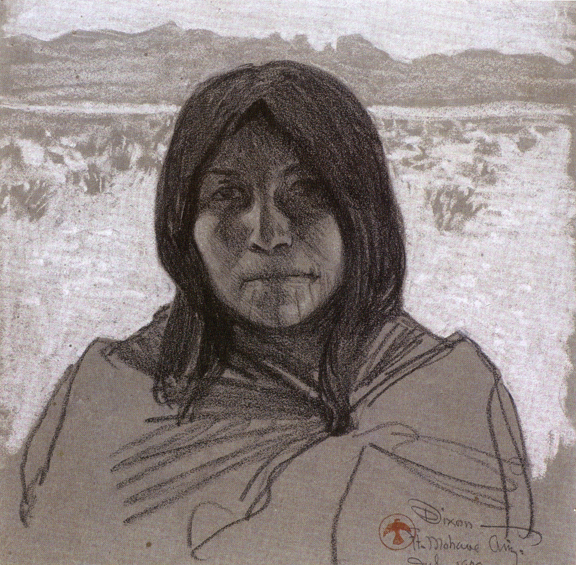 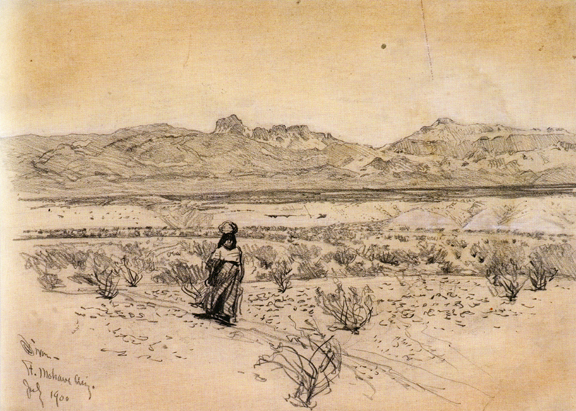 From Fort Mojave, Dixon went further into Arizona and sketched his way from Prescott (where he stayed with Sharlot Hall's family), down to Phoenix and Tucson. Everyone he met thought he was crazy, but I think it's safe to say, the boy had sand.

"In those days in Arizona being an artist was something you just had to endure—or be smart enough to explain why. It was incomprehensible that you were just out 'seeing the country.' If you were not working for the railroad, considering real estate or scouting for a mining company what the hell were you? The drawings I made were no excuse and I was regarded as a wandering lunatic."
—Maynard Dixon