July 31, 2019
As someone who has been labeled an "illustrator," I must tell you, in the pecking order of the Art Word, it's not a compliment. Especially when the term comes from an expert who likes to pontificate about "Fine Art."

Fine Art is by definition an offshoot of the avant-garde movement which prioritized concept and intellectual purpose over aesthetics (i.e. something that looks "like a photograph"). This judgement has more to do with "the true expression of the artists, distinguishing it from decorative art or applied art." In other words, artwork that doesn't look like a photograph. Although, it must be said, there is an off-shoot of Fine Art that includes photo-realism as an art form. I have to agree with some wag who quipped, "Art is anything you can get away with."

Speaking of which, we are doing a cover story on the greatest Western artist, and I've been working on an idea—an illustration—for the issue. 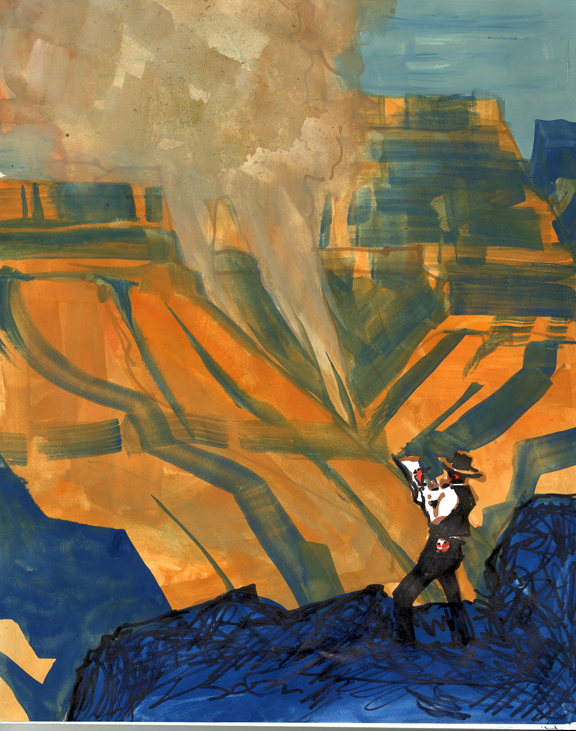 Big idea, but it needs big skills. Here's the original sketch, which has a looseness, lost in the finals. So typical, of me. 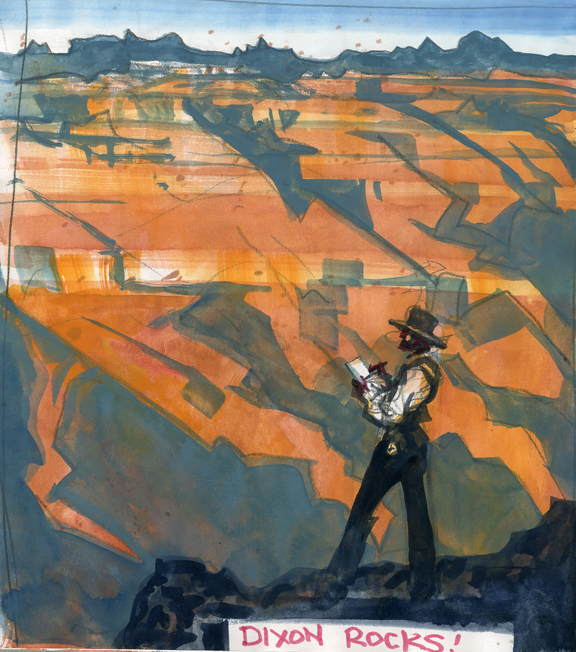 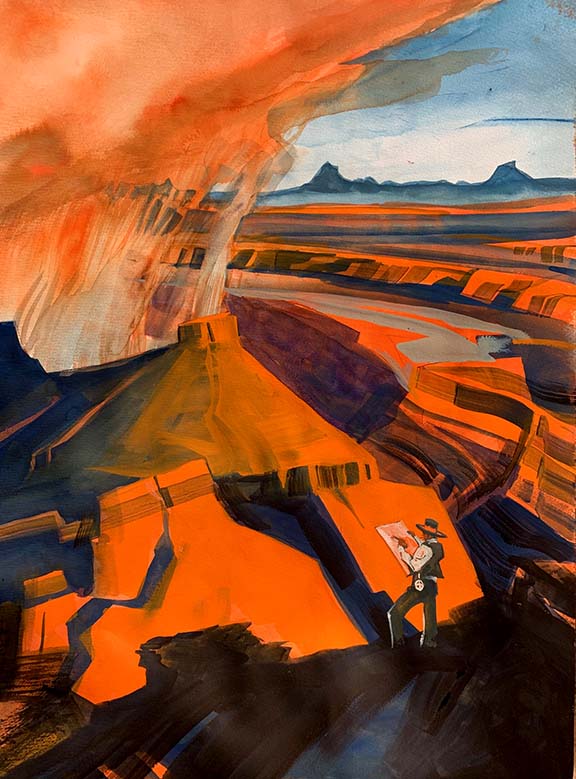 Daily Whip Out:
"The Full On Ed Mell Version"
(With apologizes to my former studio mate)

I had a decent one with him standing on a lava flow, but alas, I worked it to death and I don't even want to show it to you.

Okay, dammit, here it is in all its failed glory. 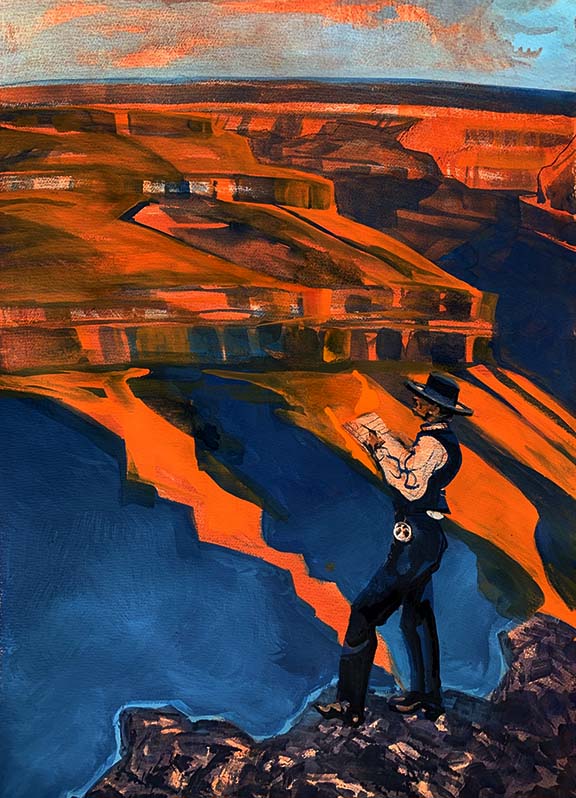 The Fine Artist
Maynard Dixon earned his spurs on several fronts. He did his due diligence (see the Wandering Lunatic blog post of last week), he escaped the ghetto of being labeled an "illustrator" and he showed his skill on a couple dozen monumental murals. But, more importantly, he blew the roof off of Western Art and took the genre to a new and modern level that Remington and Russell did not. As Dixon himself put it, "The artist's job, as I see it, is to try to widen peoples horizons—show them the wonder of the world they live in." You might make a case that there are better painters, but in the end, he is the West's greatest artist. He made the transition to modern art with integrity and authenticity.

Oh, and he had sand. 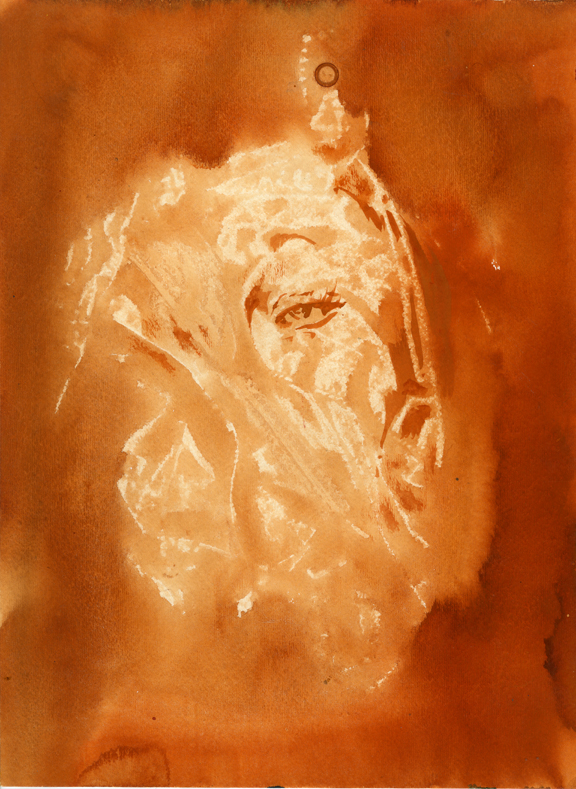 Daily Whip Out: "The Enigma"

"Oh, you mean the 'illustrator'?"
—A Famous "Fine Artist" referring to moi