July 14, 2019
The artist E.A. Burbank visited Geronimo at his home at Fort Sill in 1898 and reported that the "Human Tiger" was, in fact, an "immaculate housekeeper." Burbank wrote that Geronimo's wife was in poor health at the time so the old Apache "did all the housework, washing dishes and sweeping the floor." Burbank mentions that, "One day I carelessly tracked some mud into the house. Geronimo got the broom and swept it out giving me a look that plainly said, 'Don't do that again.'"

Burbank also remembered that Geronimo "never left his house without putting out a saucer of milk for his cat, whose whiskers he had kept closely clipped. Why he used the scissors on tabby I never did learn." 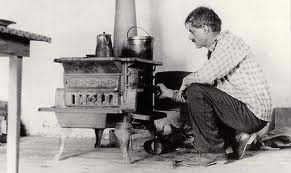 
Elbridge Ayer (E. A.) Burbank (1858 –1949) was an American artist who sketched and painted more than 1200 portraits of Native Americans from 125 tribes. He studied art in Chicago and in his 30s traveled to Munich, Germany for additional studies. He is believed to be the only person to paint the war chief Geronimo from life. Apparently, Burbank painted the old Apache five times. Here's three of them. 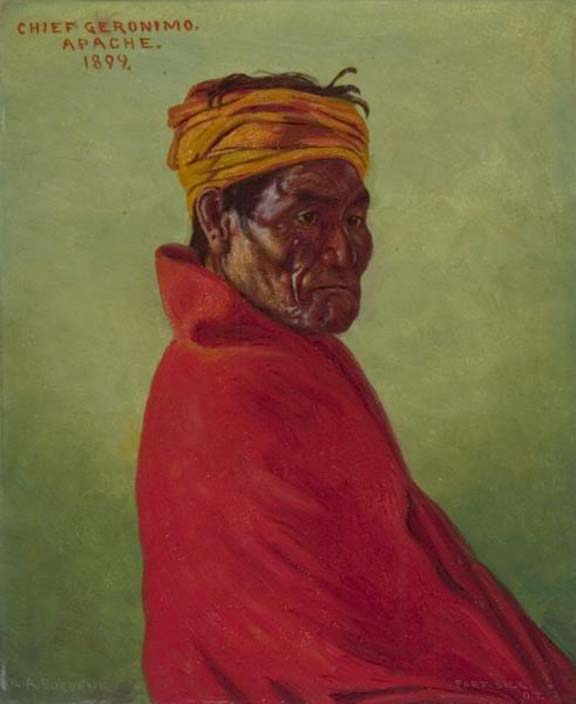 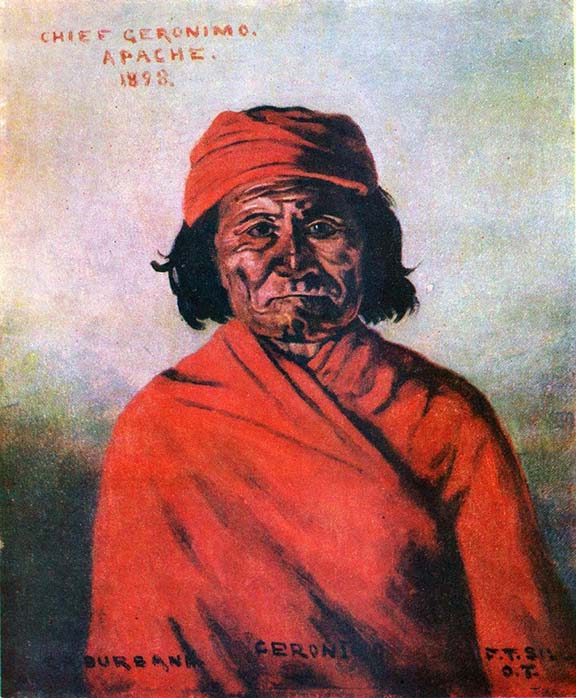 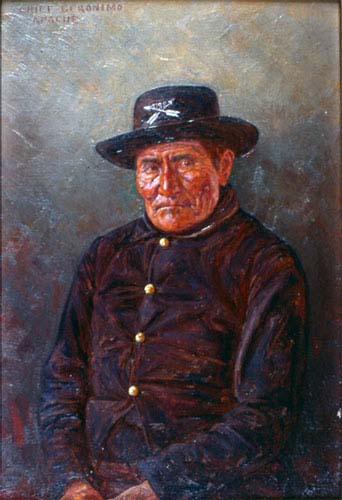 Geronimo took care of the domestic chores of his children and his extended family after his wife Zi-yeh came down with a tubercular infection and died. He washed dishes, sweeping the floor, cleaning the house, and treating the children kindly. He was devoted to his daughter Eva, born in 1889. One visitor said, "Nobody could be kinder to a child than he was to her." 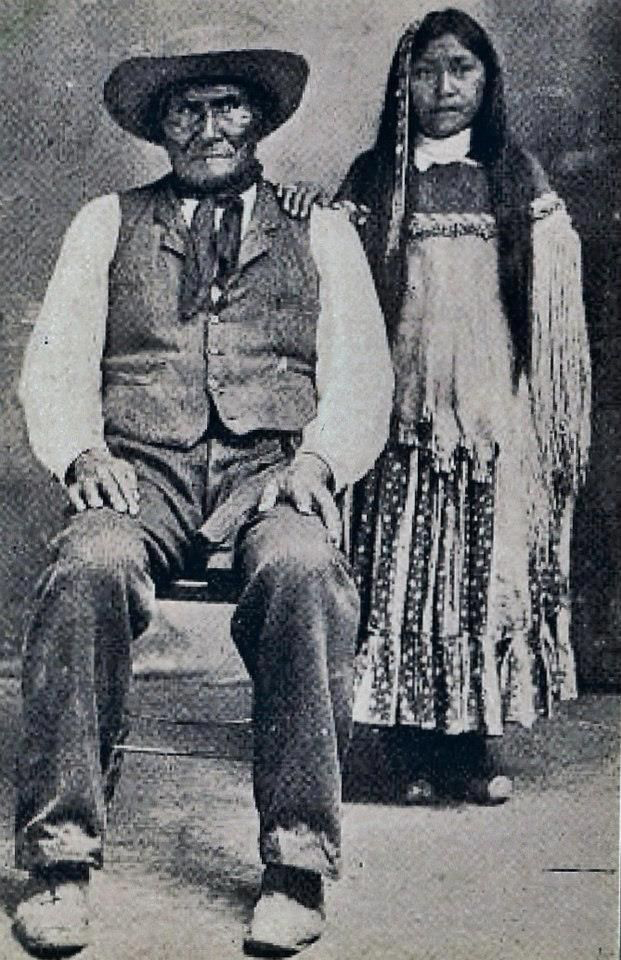 Geronimo with his daughter Eva.

She died tragically as well, not long after Geronimo's death in 1908. That sad tale is in the book, coming this November.

"I am old and broken by this fall I have had (he was bucked off Zi-yeh's pony). I am without friends for my people have turned on me. I am full of sins, and I walk alone in the dark."
—Geronimo, accepting the tenants of Christianity at the last tent revival in July of 1903