A Kid Tramps Across The Country

When you track Billy the Kid's journey across the country you realize something pretty profound. He either rode in a wagon, or, on a horse, or, he walked, for at least 2,500 miles!

A map of all the main stops
in the Kid's short life
Whether he was born in New York City, or upstate New York (researchers Susan Stevensen and her father Gary Jones tracked the witnesses to the McCarty-Antrim wedding back to Utica, New York), as the Kid's family traversed the raw, developing country, he saw some pretty amazing changes in scenery. From the upper northeast to the midwest, across the Mississippi and out on the plains. Then after a prolonged stop in Wichita they may have gone to Denver.
Then, down the Santa Fe Trail into New Mexico, and from Santa Fe down the Rio Grande and up on the Blue, landing in the high desert mining mecca of Silver City, New Mexico, then on into southern Arizona, into Globe City (what Globe, Arizona was called back in the day), very rough country all of it. Then back across southern New Mexico, past the bootheel into Mesilla and El Paso, then down to San Elizario (if the legend is to be believed) and up the eastern side of the Sacramentos into the Seven Rivers area, then all over the Capitans and out across the Pecos to the Canadian River.
When we think of Billy the Kid we tend to think of a young man on the owlhoot trail in a narrow and specific part of the Old West. The above map, opens our eyes to the extensive travels of a young man who saw a major part of the country in his day. 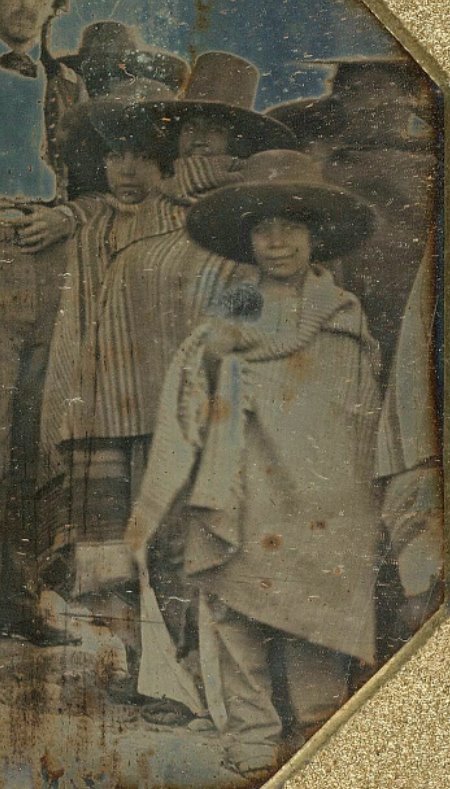 The Tool of Sombrero Jack
After the death of his mother, young Henry fell in with a gang of toughs, led by one "Sombrero Jack." The boys threw rocks at unsuspecting horse riders on the streets of Silver City and then delighted in the impromtu rodeos that ensued. They also stole stuff and that got the Kid in his first trouble with the law.
Catherine And The Kid
She was known in Kansas as "The Widow McCarty" and from a resident in Silver City, New Mexico, she was described as "a jolly Irish lady, full of life, fun and mischief, [who] could dance the Highland Fling as well as the best of dancers." Ash Upson described her as "about medium height, straight and graceful in form, with regular features, light blue eyes, and luxuriant golden hair. She was not a beauty, but what the world calls a fine-looking woman." And then he adds, "her charity and goodness of heart were proverbial."
It's safe to say, young Henry, and his younger brother, Josie, lost a much needed influence, at a much needed point of their lives. 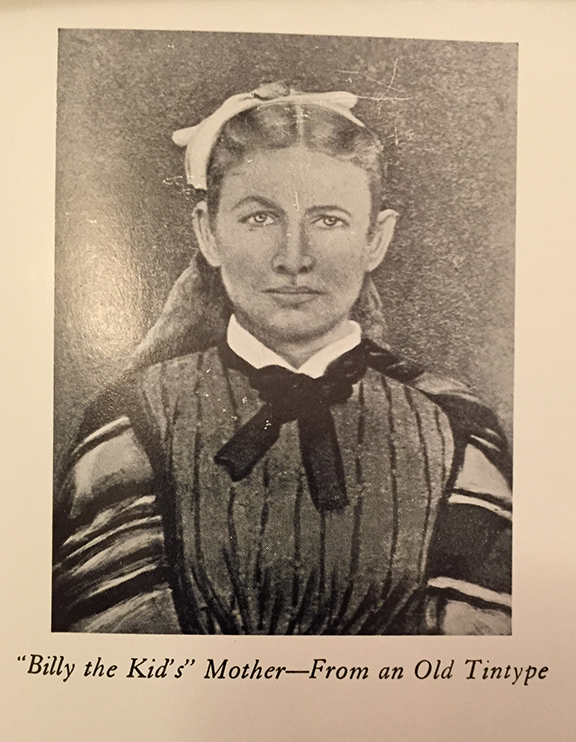 Regarding this alleged "photograph" of Catherine McCarty Antrim, I was looking for a quote when I ran across this little bit of trivia:
"It gained acceptance as a photo of the Kid's mother sometime in the late 1930s when Eugene Cunningham, author of the book Triggernometry, identified it as such to photographic collector Noah H. Rose in order to obtain from Rose an original photograph he wanted badly. The widespread propagation of this 'fact' based on Cunningham's 'authentification' became such a source of embarrassment to Cunningham that he finally confessed he had hoaxed Rose and did not have the slightest idea who the woman was. One thing seems certain: it is not Catherine McCarty."
—Frederick Nolan, "The West of Billy the Kid"