An Ode to My Lincoln Compadres

There comes a time when one needs to give thanks to the people and places that have made him or her what they are today. In this case, that "one" would be me and one of the key places in my life would be Lincoln, New Mexico. 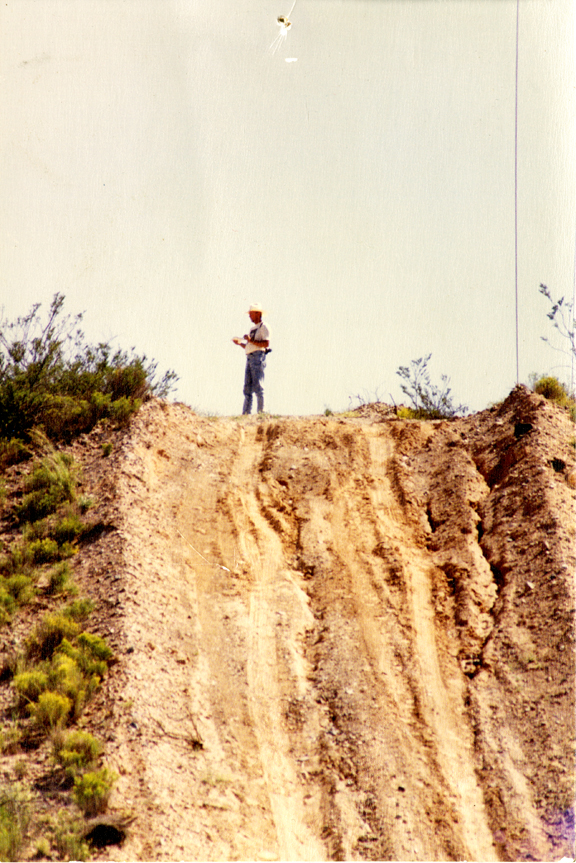 And, the photo of me sketching, above, was taken by one of these Kid guys. 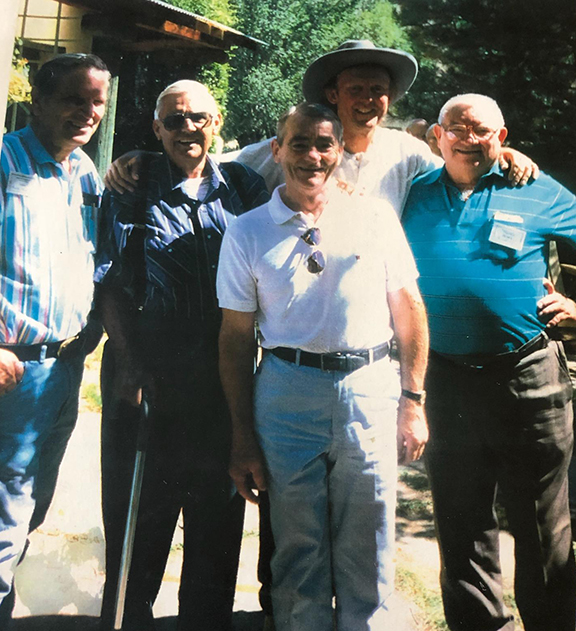 Yes, I am proud to say I knew all of these giants in the Kid Field and it was the one and only Frederick Nolan who took that photo of me at Garrett's murder site outside of Las Cruces, New Mexico.

Then there are these guys, a loose knit group of history nuts. We called ourselves The Renegades: 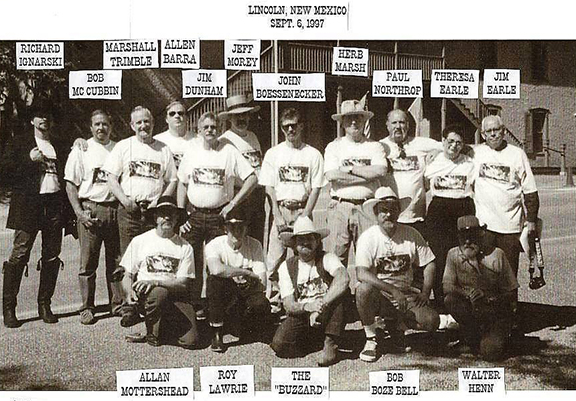 The Renegades In Lincoln
Photo by Chuck Parsons
Everybody in this photo loves Lincoln and most of the 55 people who still live there. What's funny about this photo—to me—is that I was broke when it was taken. I had been fired from my radio gig two years earlier, and I had burned through my savings and, in spite of this, I bought all those T-Shirts everyone is wearing and I needed a gig. I am eternally thankful that John Boessenecker paid for my meal that night at the Ellis Store, and that the second guy, from the left, standing, joined me in buying a certain magazine two years later. Funny, what we remember, eh? And speaking of Lincoln compadres. . . 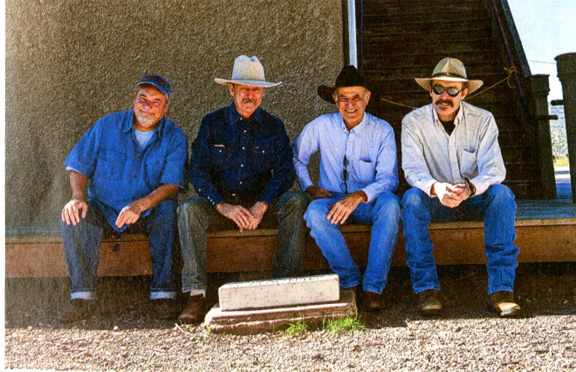 This photo was taken at the foot of the window where the Kid shot down his guard, Bob Olinger, who died at our feet in this macabre photo, taken by my partner Ken Amorosano.

One of the dudes in this photo is about to be named the True Westerner of the Year for 2021. I'll give you a few clues.

• We're about to publish his tenth cover story for the magazine, this latest one, on Daniel Boone.
• His last cover story for True West was November 2018—"When the West Was True."
• His next book is The Undiscovered Country: The Epic Story of the Opening of the American West to be published by Dutton/Random House in early 2022. It is a history of the American frontier from the French and Indian War to 1900. The title is not borrowed from a Star Wars movie but rather is from Shakespeare's Hamlet. He first heard those lines as a kid watching John Ford's My Darling Clementine on TV. It's his favorite scene in the movie—when Doc Holliday quotes Hamlet's soliloquy. He always thought it a perfect dark metaphor for the conquest of the West.
"Some of those good ol' boys are going to have to eat a pickle."
—Buckeye Blake, lambasting almost everyone in the above photos for dissing the "Croquet Photo"
Posted by Bob Boze Bell at 4:39 PM