One of the unsung heroes of the Lincoln County War was this guy. 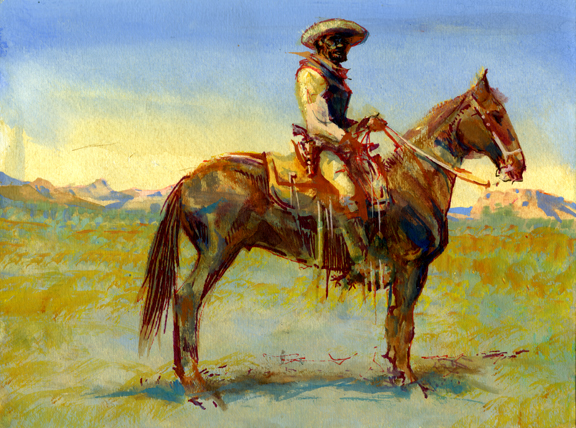 Benjamin Franklin Daley was his slave name and he was bought by cattle baron John Chisum in Fort Worth, Texas for $400 and set free. Chisum then offered him a gig as a cowboy riding for the Jinglebob. He took the name Frank Chisum and he also took to cowboying with a relish. A natural rider and skilled with horses, he was also a dead shot, and acted as John's bodyguard on many occassions. Chisum never went heeled, but, as the story goes, he didn't need to when Frank was by his side. 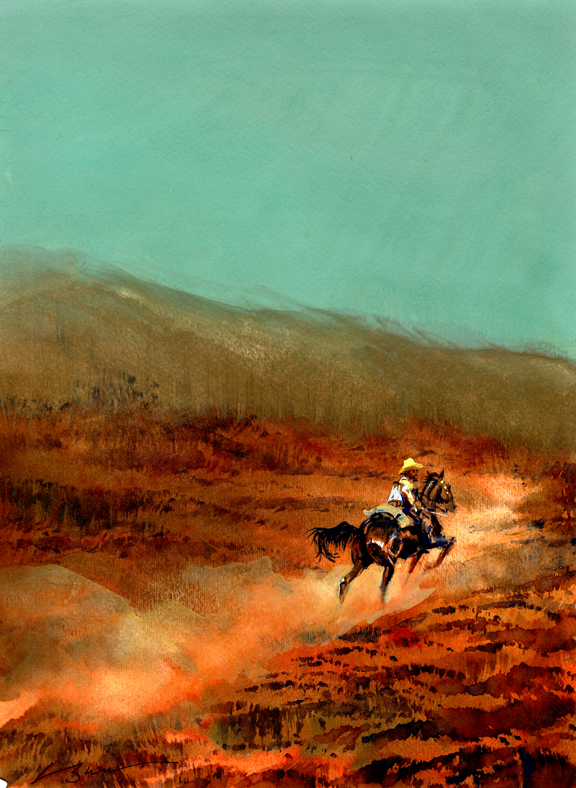 While the two were hunting strays, John Chisum came down with smallpox and Frank rode to Fort Stanton and back, 150 miles, to get medicine for his friend.

"No man could live there who did not steal from Chisum."