The Cowboy Who Rode With Frozen Pants

I vaguely remember reading about one of the Texas cowboys with Stewart on the hunt for the Kid, telling the story about riding in a snowstorm and coming to a river (the Pecos?) and it is frozen over and he's afraid his horse will fall through the ice and drown him, so he grabs rocks and busts the ice then leads his horse across on foot, and then rides the rest of the way to his destination in frozen pants! Who was that and where do I find it again? Ha. Thanks. 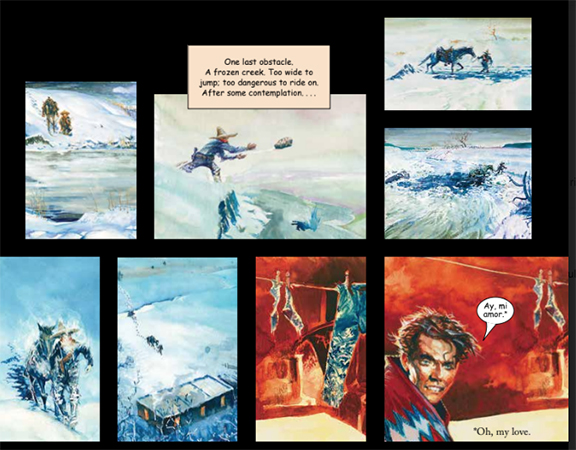 In his renowned book “Charles Goodnight: Cowman & Plainsman,” historian J. Evetts Haley wrote, “In its tortuous meanderings it is often cursed by the natives as ‘the crookedest river.’ Goodnight used to tell how Pete Narbo, a Palo Pinto ranchman, shot a steer that someone had dropped from a herd. He swam over to get the beef, but had to swim back again, discovering that he and the animal had been on the same bank. And though that was a long time ago, the Pecos has not improved with age. 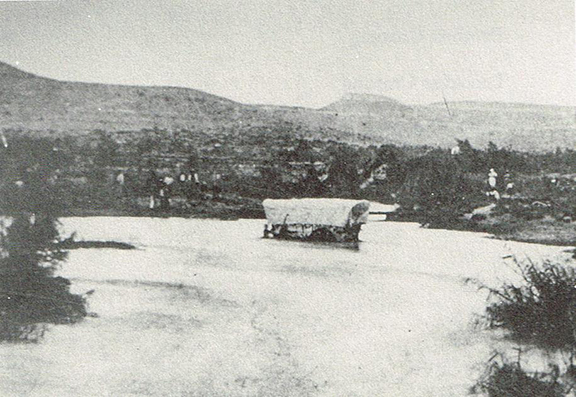 A wagon stuck in the Pecos a long time ago.

“The devil could not dream such a damnable stream

“As the Pecos River Southwest;

“From bank to bank she reeked and stank