Angling off into the final push on the final word on the Kid. Feels odd, feels good. A long journey is coming to an end.

This morning, via Slack, Robert Ray and I roughed in the final sections on the final week of the prolonged production schedule. It's been a long run, but we're almost done.

Still lots of holes and gaps and redundant drivel (my word for my words). I can't believe how hard this has been. Of course, a good chunk of the hardness has been learning to communicate and work, via Slack. I would venture two months went by with nary a progress report, to report. Still not super efficient, for me, but it is the future and I view this as one last hurdle in one last game, like an aging catcher who has issues with the whole designated hitter deal, and here he is standing in front of me at crotch level. More than slightly irritating. Still, this is the game and I still love the game.

Don't you think the Kid would have posed at least once with an armed woman? I do. 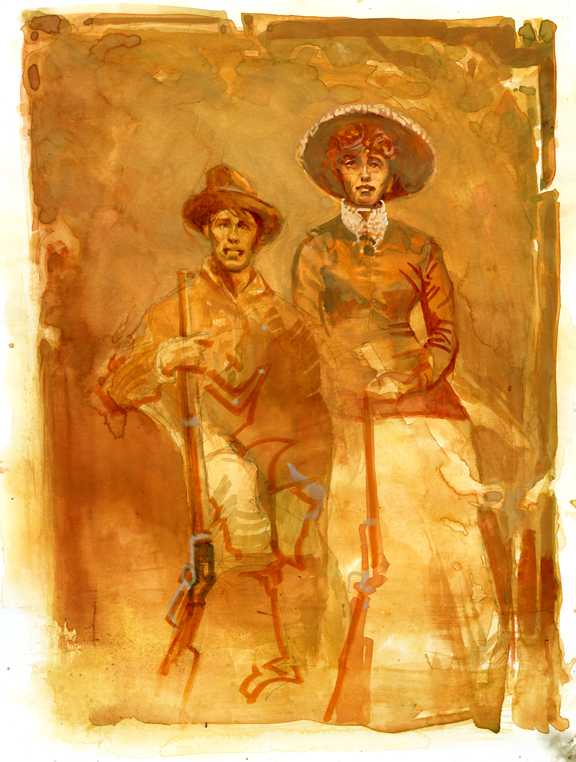 And, I totally dig the idea of a black gunfighter with a catchy name. 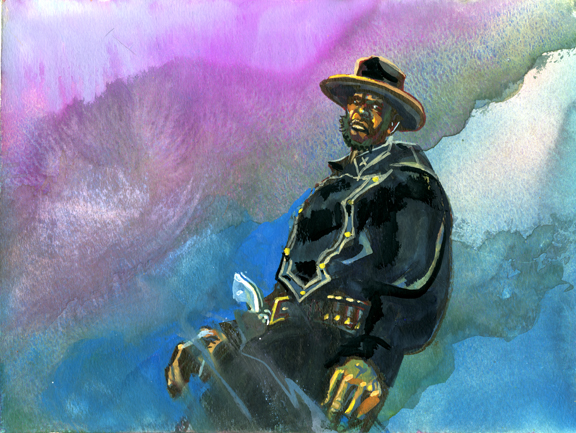 Although, this is for another book at another time. 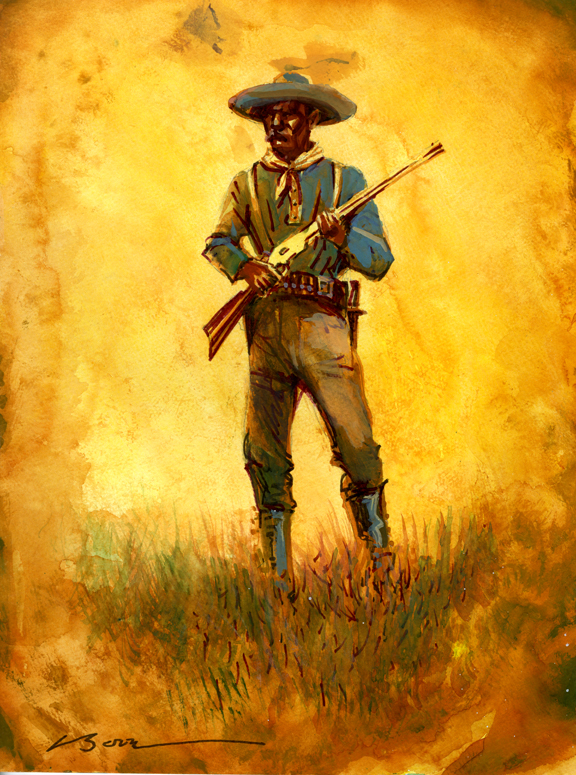 Daily Whip Out: "Henry With A Henry"

It's safe to say anytime the Kid was incarcerated he immediately looked for a way out and on most occassions the boy found an egress. Several times he went up the chimney as in his first arrest in Silver City, but he also did the same when surrounded in a cabin, six miles below Lincoln by Sheriff Kimbrell and a 15 man posse. They waited until dawn and discovered the Kid "escaped by climbing up a chimney, leaving his arms behind and escaping under cover of night." In the Santa Fe jail, Billy and fellow prisoners Dave Rudabaugh, Billy Wilson and a prisoner named Kelly almost succeeded in digging their way out. The Daily New Mexican told of Sheriff Martinez and Marshal Tony Neis entering the cell, while the men were at supper. "They examined the room and found that the bed ticking was filled with stones and earth, and removing the matress discovered a deep hole." It almost reached the street.

I'm still trying to find the origin of the Cowboy Who Rode With Frozen Pants story. I emailed Roy Young, who is working on a book on the Stewart Cowboy Contingency that chased the Kid in the winter of 1880 and he couldn't find it, but here are two more examples he gave me:

1.  Manuel Brazil:  "The night of the twentieth (December 1880), he had ridden many miles to the fort in below zero weather to give us a message, and had arrived close to midnight, with ice frozen on his beard."
2.  Charles Frederick Rudulph, quote: "With extreme caution, taking care not to step too loudly in the frozen crunchy snow, we advanced to the old rock house.... We were only eight yards away, shivering and half frozen... I soon realized that was the least of my worries when I found out that my feet were almost frozen; I could feel nothing in my toes."

"Well how many wasted have I seen signed 'Hollywood or bust'

"And left to ride the ever ghostly Arizona gusts   "Cheerleader tramps and kids with big amps sounding in the void.   "High society vamps, ex-heavyweight champs mistaking soot for soil. . ."
—Bruce Springsteen, from his new album, A Letter to You
Posted by Bob Boze Bell at 2:55 PM