Billy At The Baile And Working Remotely Is So Tiring

I am exhausted. Let me tell you how much I hate working remotely, but first let's do a little dance for having actual work that I can still do. 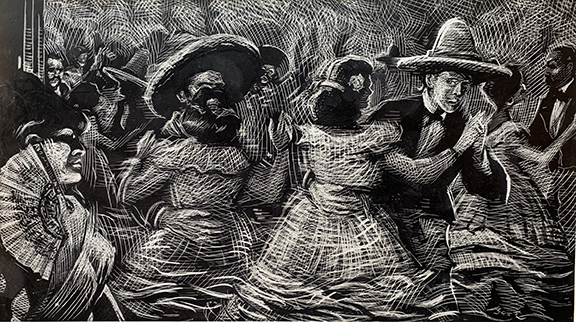 "Billy at The Baile:

Thanks to my curator, Kristi Jacobs, and her masterful filing sytem, I was able to find a packet of old Billy the Kid images I have done over the past 30 years. I found this old scratchboard, above, and saw immediately it had potential. Honestly, it looked so bad in the book (BTKII) I was not even planning on using it in the new book, but when I saw the original in the packet I thought I could salvage it. So I pulled it out and hauled it downstairs and gave it another pass with my scraping tools, and if you compare it with the version in the book, you will be amazed as I was. First of all, it doesn't look like mud, like it does in book #2. When I told this to my production manager Robert Ray he wondered if it isn't a function of gray-scale vs. bit-map scanning, which is how we scanned scratchboards in the old days (mid-1990s!).

And, speaking of scanning, I spend way too much time trying to find scans, especially now that we're all working remotely. Here's a typical exchange on Slack, which is a cousin to Zoom.

"I need that image of Billy dancing at a baile. It's a scratchboard."

Fifteen minutes later: "Sorry, chief, it's not coming up."

And so it goes. I finally made a vow, today, to write down every single name of every single scan and keep it in a ledger on my desk.

Billy and the Top Secret Writer are in the House.

This next issue marks the return of two of my favorite "kids." One is the legendary outlaw, who sparked in me a lifetime of research on his short and violent life, and the other is the legendary scholar who, so far, has had a long and peaceful life, interrupted by eloquent tirades against the machine (Academia with a capital A).

Our creative designers and editors worked overtime to process and complete my third and final book on Billy the Kid. We are running a few samples of the new artwork that accompanies the book in this issue.

The Billy book is, in fact, dedicated to The Top Secret Writer. He has been a constant source of inspiration and encouragement. Here's looking at you Kid! 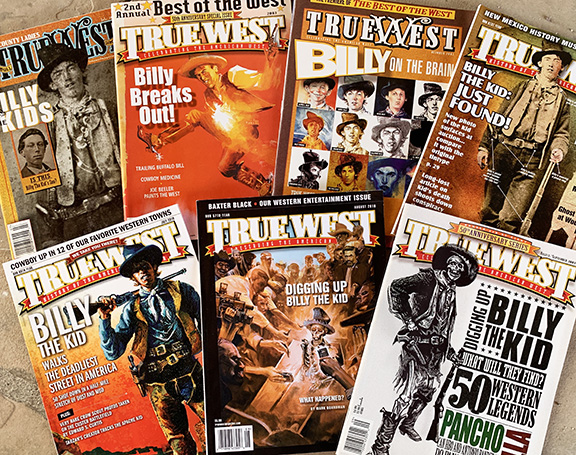 Part of our rationale for the third and final Billy the Kid book is that in the past 21 years our contributing editors and writers have uncovered much new scholarship about the legendary outlaw and we thought it was only fitting that we gather it all up in one final book. It wasn't as easy as it sounds as we had to catalogue and sort through the new stuff, then vet it with the previous book and shoehorn it all in, all the while working remotely! Ouch! 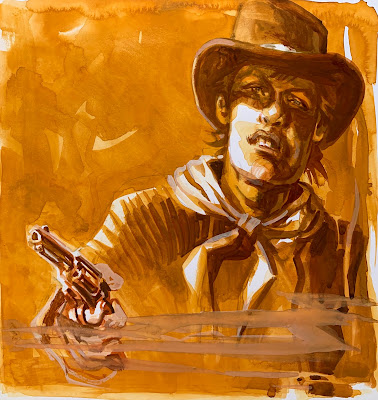 Or, is it better to live like a friend of Billy's? 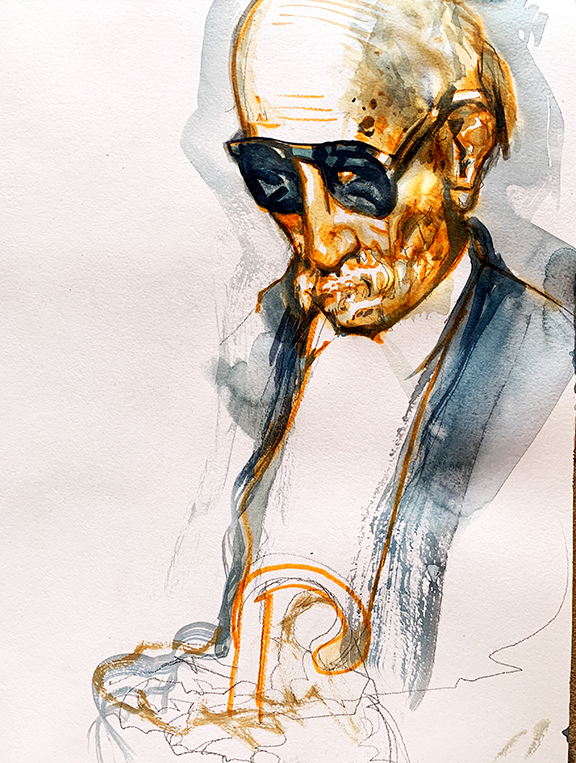 Vicente Otero was born in Manzano, New Mexico and lived in Lincoln County and Valencia before moving to Fort Sumner. He was a pallbearer at the Kid's funeral. Incredibly, no one interviewed him in depth about his friendship with the Kid (if only my father had made that turn!). Vicente was blind in the last years of his life in Fort Sumner. He died on November 28, 1958. Some in the family dispute the birth date on his headstone (see, below). Although his headstone says he was born on February 12, 1852, census records indicate he was born in the late 1840’s, which would put his age somewhere near 110 when he died.

"One died at 21, the other at 110. One's a legend and the other one took more naps and ate more homemade enchiladas. Which one do you want to be?"

—A Life Question for Me And My Kid Krazy Friends