What Happened to Billy And His Pards?

Looking for all the Kid's friends and when they passed. 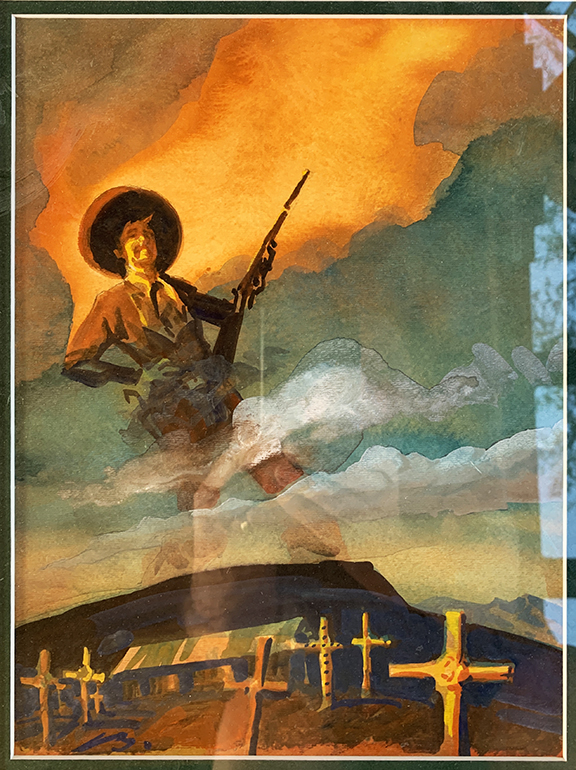 Daily Whip Out:
"Billy And His Pards: Death Found Them All"

According to James B. Mills, one of Billy's friends, Vicente Otero, died on Friday, November 28, 1958. This means that when I wanted my dad to take the turn at Santa Rosa, New Mexico, off of Route 66, and go the 55 miles to Fort Sumner, in the summer of 1958, I could have interviewed him! Wow! Of course I was 12 and knew nothing but still. . .

Homeless On The Range

Henry took the stage, and landed at Clifton, Arizona. He soon found his step-father but they had a falling out over the Kid's run in with the law back in Silver City. Antrim, Sr. told his stepson, "If that's the kind of boy you are, get out."

The Kid then went into the old man's room, stole he six-shooter and some clothes "and beat it," according to Whitehill, who added, "He never saw Antrim again."

Henry had nothing, not even money to get back to Silver City, so he turned to stealing and On March 19, 1876 he stole a horse belonging to a soldier near the San Carlos Apache Reservation and fled on it to the hog ranches on the edge of the Fort Grant military reservation. It was here, at Bonita, he would kill his first man.

After he fled Arizona, Henry slipped into the ranks of the Jesse Evans gang, better known as "The Boys." Evans rode at the head of the gang, along with Frank Baker, Tom Hill (Alias Tom Chilson) and Nicolas Provencio, George "Buffalo Bill" Spawn, Bob Martin, Jim McDaniels, Bob Nelson, better know as "Nelson from the Gila" and "Bucksin Joe" and Pony Diehl, "Mose" and a new member, who is now going by "Kid Antrim."

John Kinney, a former cavalry sergeant, had a ranch a mile or two west of Mesilla that was well known as the "headquarters and rendezvous for all the evildoers in the country." He acted as a fence and agent for all the stolen cattle and horseflesh in the area. Like many of his compatriots he played both sides of the law, having once raised a posse of "Silver City Rangers" during the El Paso Salt War and then rode for the Dolan side in the Lincoln County War. As was usual for this time and place, virtually all sides saw themselves as "lawmen" but they acted more like road agents, especially when it came to paying for food and drink.

A Dangerous Path
John Tunstall meets Alexander McSween in the dining room of the Exchange Hotel in Santa Fe. McSween is on his way to New York to try and collect on Emil Fritz's $10,000 insurance policy for the estate. The Lincoln lawyer talks to the Englishman about investing in the area. The idea sticks and on November 6, 1878, Tunstall arrives in Lincoln to join forces with McSween and to make his fortune. Both men picked the wrong area and the wrong competitors and they will both lose their lives in the venture.
"These gangs were well-oiled up and in good working order."
—Lily Casey.
Posted by Bob Boze Bell at 4:31 PM