Digging Up Billy the Kid For Fun & Profit

One week to go. Here's a sneak peek at part of a CG-doubletruck "advertorial" in the next issue: 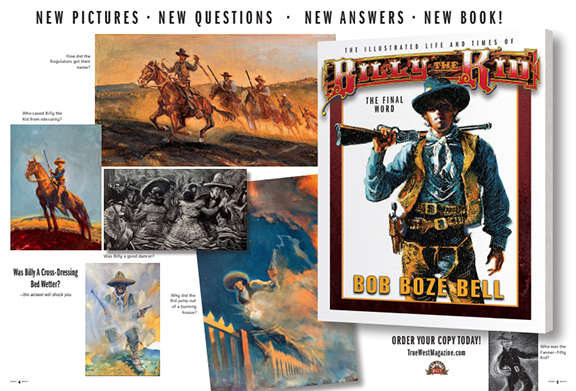 Thanks to my neighbor, Tom Augherton, I finally got to see "The Kid" (2019) which features a pretty convincing Billy the Kid. 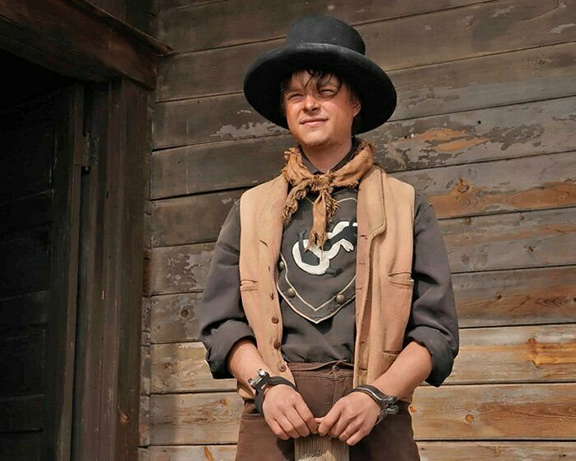 Dane DeHaan as William H. Bonney
in "The Kid" (2019)
Unfortunately, they tacked on a coming of age story about another "kid" who gets mixed up with the Billy Bonney inspired character during the Stinking Springs episode of the actual Kid story and then it goes in and out of the fictional kid with the historic Kid glancing off the main story so that by the end, if you came for the real Billy you were disappointed, and if you came for the coming of age Billy, perhaps you got some satisfaction, but I didn't, because, well, you know how cranky I get. 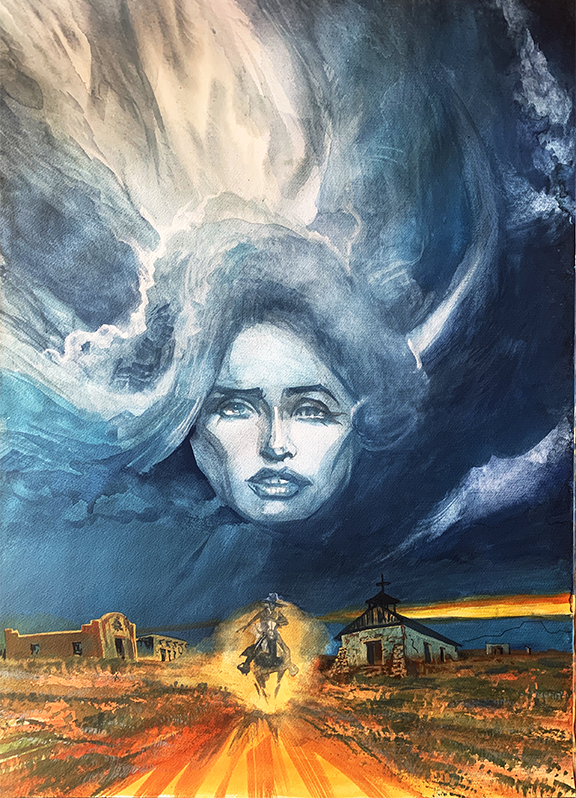 Daily Whip Out:
"The Chica From Anton Chico"
As we have already seen, Billy had many affairs with beautiful women up and down the Pecos. Legend says one of them, from Anton Chico, haunted his dreams to the day he died. 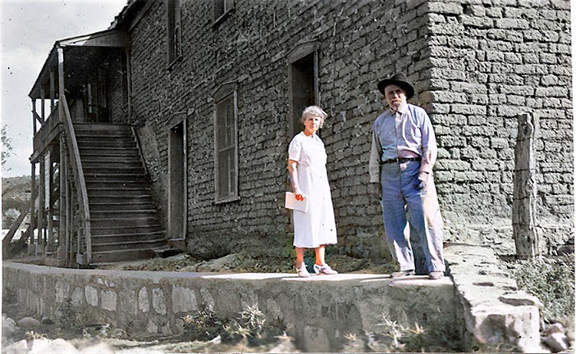 George Coe and a WPA writer in front of
the crumbling "House" (Lincoln County Courthouse), circa 1940

Digging Up Billy for Fun & Profit

"I believe the evidence shows Garrett lied about the escape of the Kid," says ex-cop Steve Sederwall, who, in 2003, as the mayor of Capitan, New Mexico, joined forces with then Lincoln County Sheriff Tom Sullivan to reopen the case on Billy the Kid. The governor of New Mexico, Bill Richardson sanctioned the investigation. Sederwall was convinced that "if Garrett lied about Billy's escape from jail, what else did he lie about?" The two got permission from the state to shoot a pistol off in the stairway of the Lincoln Courthouse and do the first-ever CSI on the crime scene. "We wanted to see if a pistol touched off in the stairwell could be heard at the Wortley," Steve remembered.

Short answer: it could.

They fired off a pistol in the stairwell on April 28, 2003. On June 5th the story landed on the front page of the New York Times, with a sensational story about modern day cops who were still chasing Billy the Kid. As Sederwell puts it, "That was the second the investigation jumped the tracks." At first, Governor Richardson was pleased, telling the boys the state couldn't buy this kind of publicity. The governor also wanted to push for a pardon of the Kid and match the DNA of the two digs—Billy in Fort Sumner and Catherine McCarty in Silver City—to prove that Brushy Bill Roberts was a fraud. Someone from the Maxwell family still had the bench Billy the Kid was laid out on after his death and they claimed there was still blood on it. Sederwall and the boys now had a DNA sample and someone in Arizona wanted to exhume John Miller who some claimed was actually the Kid. The governor of Arizona signed off on a dig and the Boys dug up Miller in Prescott, but when the story hit the press, an Arizona attorney, Dave Snell, filed charges against the Boys for "grave robbery."

As the story grew more sordid, everyone started to take heat, especially Sederwall and Sullivan, who were sued and then came the death threats. Officials in Fort Sumner got spooked when they heard there was a chance the Kid's body was not in his marked grave because the U.S. Army came in the early 1900s and moved all the graves to Santa Fe. Long story short, so far, no one has dug up the Kid to see if he's actually there.

By the way, Steve's new book "Cold West Case Files: The Dirty On Billy the Kid" is recommended, especially if you want to see a behind-the-scenes take on all of above. Here's my favorite quote:

"Everyone has a secret they want to keep hidden: cops call that secret the dirty. Not until you know the dirty, can you find the truth."