Thanks to Lynda Sanchez and Michelle Pollard, I am getting closer. 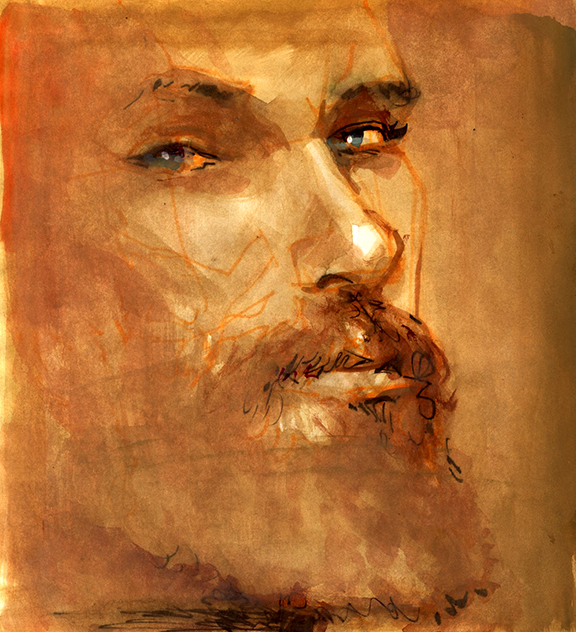 Daily Whip Out: "Jesse Before The Fall"
A Grisly List, A Paltry Collection
Here is part of a sordid and macabre inventory list from a sidebar in Mark Lee Gardner's forthcoming cover story in True West magazine on the strange and mesmerizing death of Jesse James:
On April 10, 1882, a week after Jesse’s murder, a good portion of the James family’s personal property, mostly household goods, was auctioned at the hilltop
cottage to benefit Jesse’s widow and two children. The St. Joseph Herald reported that the sale drew a large crowd, but it was largely composed of “lookers.” With few bidders, then, items went for cheap. The total from the sale was a paltry $117.65. Below is a partial list of the items sold as published by the Herald, along with the amount each piece realized.
• Coffee pot, .10
• Chair, $2.25
• Dripping pan, .50
• The coffee mill which little Jesse Edwards James was using under instruction of the Ford boys when they shot his father, $2.00
• Milk pail, .50
• Coffee boiler, .90
• Tea kettle, $1.50
• Coal hod, with coal carried in by Jesse just before he was shot, $1.00
• Washboard, .25
• The wash basin that Jesse James used a few minutes before he was shot, $4.50
• Three pie plates, .50
• Half sack flour, $1.00
• Vessel, $1.00
• Scrub brush and broom, .25
• Brush used by Jesse James in dusting a picture at the time he was shot, $4.50
• Baby’s high chair, .75
• Chair, $3.25
• Revolver, with a history in connection with the Blue Cut robbery, $17.00
• Pair of gloves belonging to Jesse, $2.00
• Mattress, $2.00
• Valise purchased by Jesse James in Baltimore and carried by him ever since, $15.00
• Bedstead, used by Jesse and his wife, $7.00
• Jesse James’ pocket knife, $3.00
• Bedstead occupied by the Ford boys, $3.75
• Bloody carpet, $3.50
•Leather strap from the Blue Cut robbery, .25
• Kitchen table, $1.25
• Jesse James’ gold watch was offered, but there was only one bid, $50.00, and the watch was not sold.
—Mark Lee Gardner
The burning question, at least to me, is where is that "bloody carpet" today? Does some proud Missouri family trot it out at family reunions? And, how would you display a bedstead? "Yes, that is the bedstead where the Ford boys slept, the night before they shot Jesse. We keep it here in our den as a keepsake."
"Hell is other people."
—Old Vaquero Saying
Posted by Bob Boze Bell at 4:01 PM