The older I get the more I cherish the glory days on old Route 66. 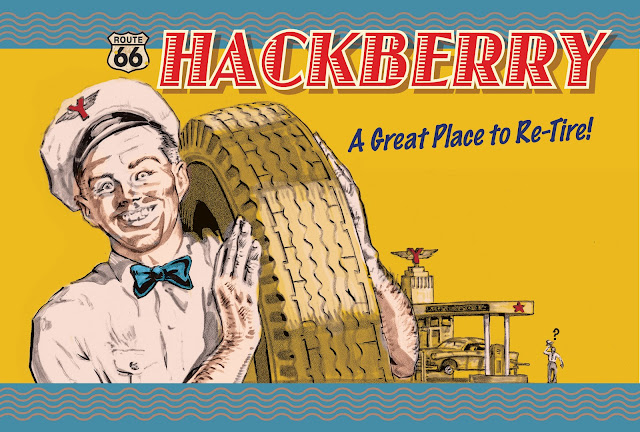 But, as time has marched on, I have discovered some things from my past have shrunk! 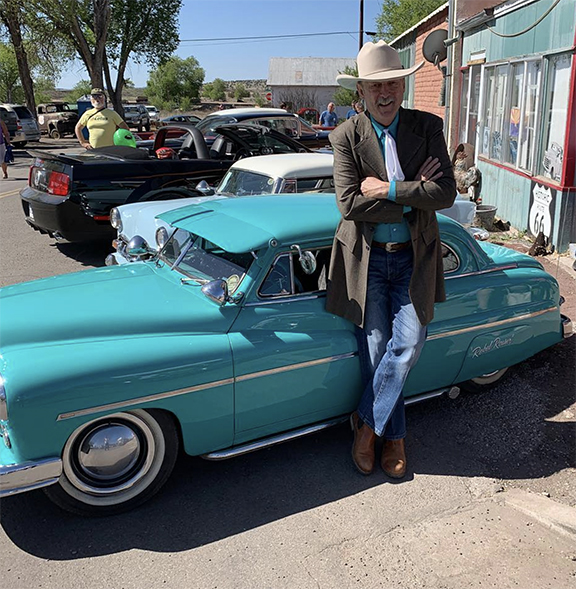 And some of these places I loved have disappeared completely! 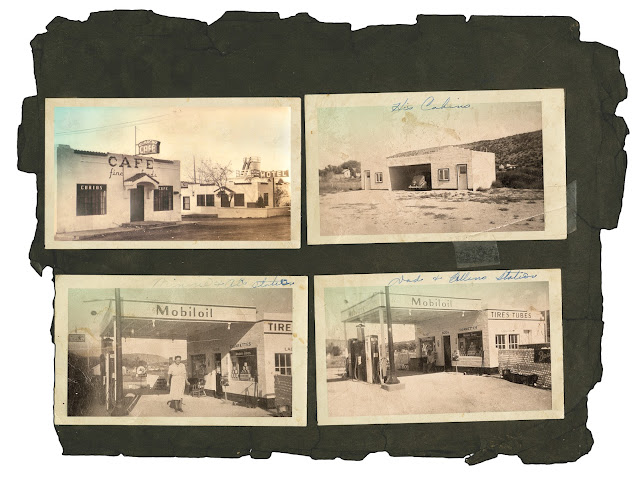 Peach Springs In The Rearview

More Fuel for My Studio Stove 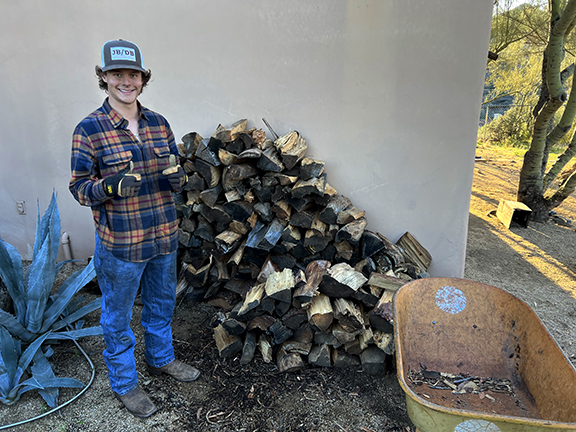 I read an obit of Jonathon Raban, 80, who took readers on travel adventures and elevated "travel" writing to another level. Here he is describing abandoned farms in eastern Montana (part of a homesteader enterprise the railroads cooked up to develop arid lands in 1907). After a few thriving years, the weather turned dry again and the homesteaders "left the prairie littered with the wreckage of their dreams." Here is Raban describing what he found in his 1996 book, "Bad Land: An American Romance":
"Their windows, empty of glass, were full of sky. Strips of ice-blue showed between their rafters. Some had lost their footing and tumbled into their cellars. All were buckled by the drifting tonnage of Montana's snows, their joists and roof beams warped into violin curves."
—Jonathon Raban 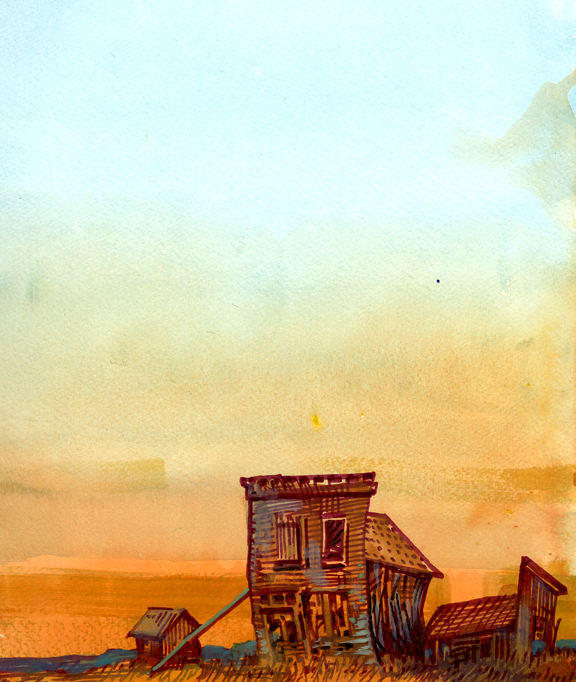 Daily Whip Out: "The Past In Collapse"
The moral seems to be: if you want to tell better stories, elevate the descriptions, borrow from the best. RIP Jonathon Raban. 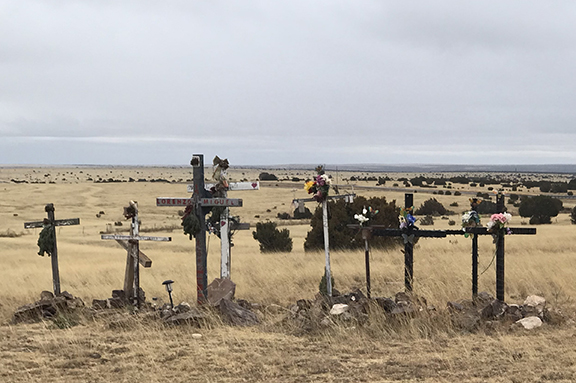 A cluster of graves by the side of the road
Photo by Buckeye Blake, Maes, New Mexico
"I don't want to go to my grave saying I wasn't brave enough."
—Jonathan Wang, the producer of "Everything Everywhere All At Once"
Posted by Bob Boze Bell at 12:01 PM