I hate to complain, but we had another ridiculously ho hum sunrise over Ratcliff Rdige this morning. 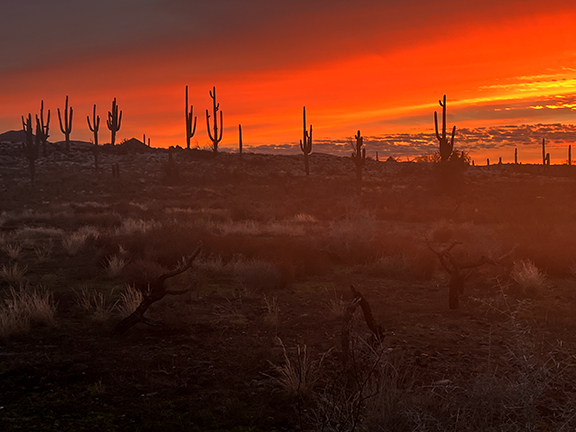 I tell you, I get so tired of going out day after day and seeing the same ol' same ol. Someday we'll have a boring sunrise and I will share it with you. Until that time, here is another view of this morning's yawner. 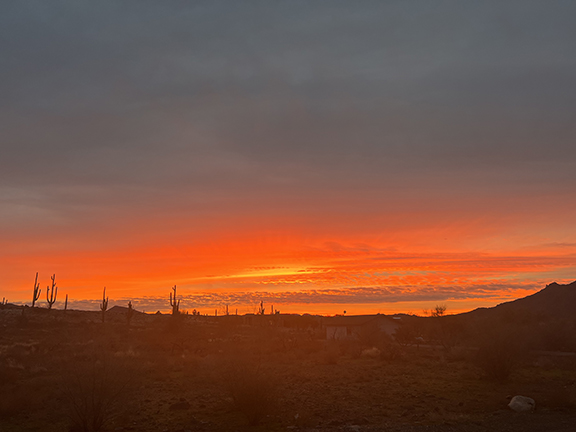 Meanwhile, my current fever over the James Gang has me tinkering with an old idea of mine. 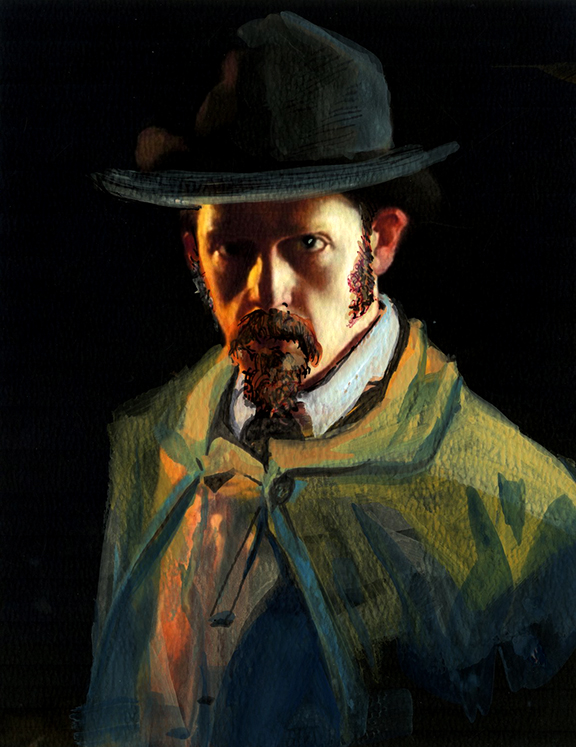 Thanks to Brad Ireland for sending me a photo of the actual duster believed to have been worn by Cole Younger at the Northfield First National Bank robbery in 1876. 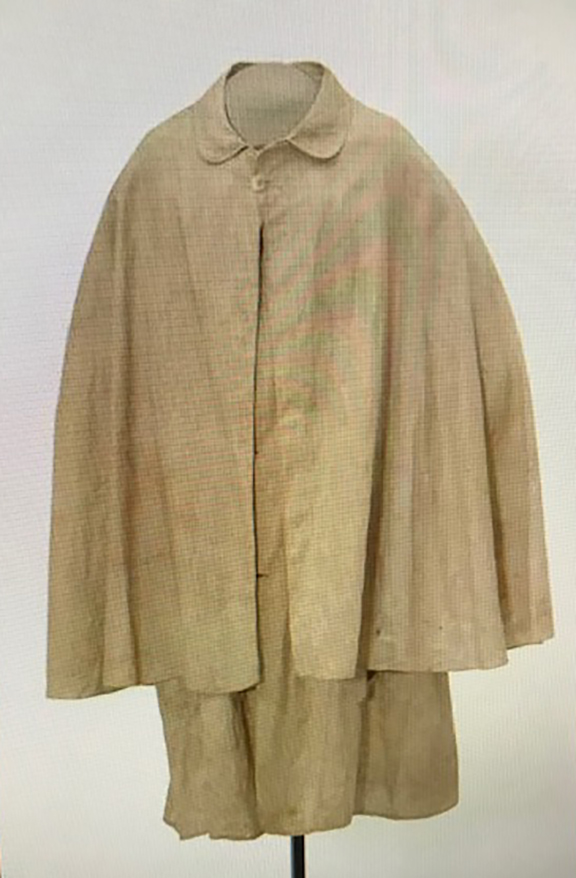 Yes, it was more of a cape than today's versions. Here's how it looks being worn by a reenactor: 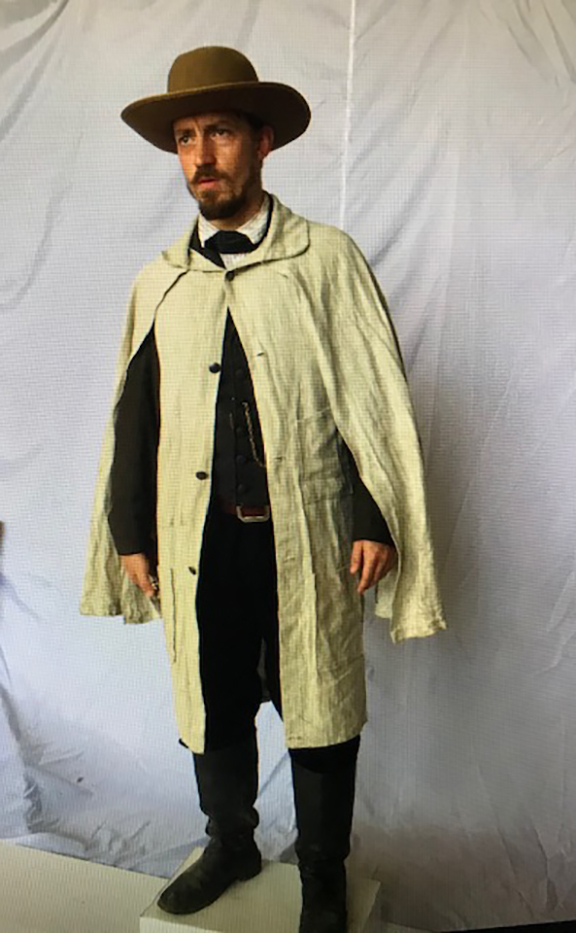 And, here is how Cole Younger looked after his capture, so you can see where I got those flaring sideburns. 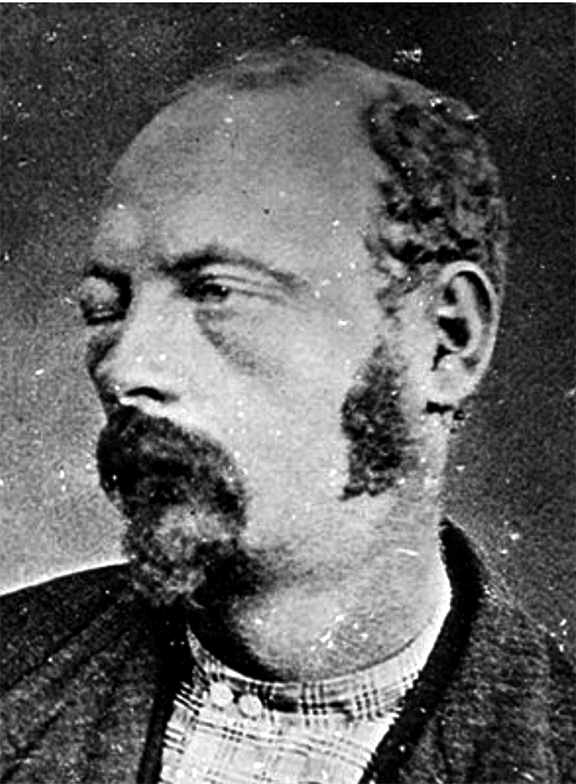 Cole Younger's Mug at Madelia, Minnesota
I have a story up my sleeve that celebrates this crazy-amazing Missouri outlaw. The guy had some sand, if you know what I mean.
"We tried a desperate game and lost. But we are rough men used to rough ways, and we will abide by the consequences."
—often attributed to Cole Younger, but this quote actually came from Bob Younger, age 23. It was printed in the Wichita Eagle on October 5, 1876 and Bob is quoted by the reporter: "He said he had tried a desperate game and lost. They were rough boys, used to rough work, and they must abide by the consequences." Thanks to Mark Lee Gardner for finding the newspaper clipping with this quote.
Posted by Bob Boze Bell at 1:23 PM