Why The History of Humor Is Not All That Funny

You'd think that once something is deemed funny, it would be funny forever, but increasingly, the cold hard facts, seem to definitely undermine that.

As I have been perusing my significant collection of old comics and cartoons I have been struck with how the vast maority of these curated "humorous" and "hilarious" cartoons do not translate as funny at all. As I pondered yesterday, is it time and distance that undermines humor? Is all humor dependent on social context? And what happens to humor when times change?

Check out this excellent drawing of Western types by Percy Leason, 1923. Wonderful caricatures, a bit humorous, but the cutline is weak, weak, weak. 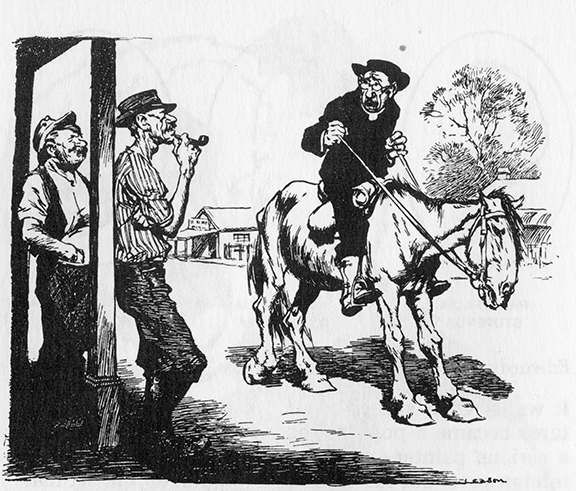 "Is it true that you have races here tomorrow?"

"Yeh, but you're too late to enter him—entries closed yesterday."

Quite a few old cartoons are brilliantly drawn with riveting caricatures, like this excellent likeness of Teddy Roosevelt by James Montgomery Flagg: 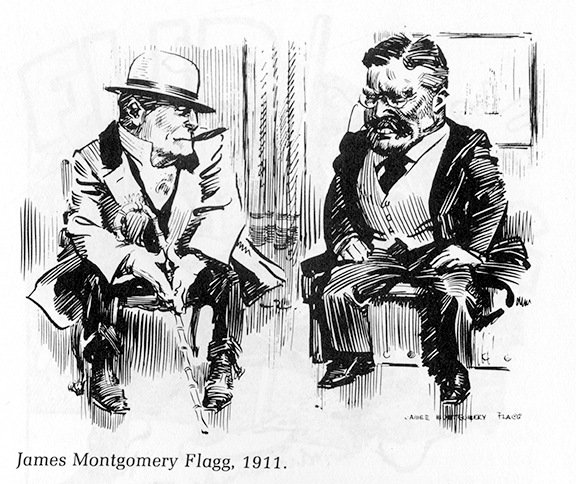 I would call it vaguely humorous, perhaps nifty, but not funny, funny.

So, what exactly produces the funny?

"When a society cannot ridicule and criticize its institutions, it cannot laugh. The shortest book ever written would be the history of German humor, a culture that has suffered spells of paralyzing fear of authority. Comedy is at heart an angry, antisocial art. To solve the problem of weak comedy, therefore, the writer first asks: What am I angry about? He finds that aspect of society that heats his blood and goes on an assault."

—Robert McKee, on comedy as it relates to "Story" 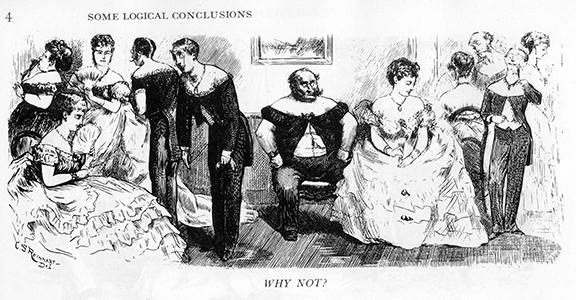 "Why Not?" Indeed! Given the evolution of men wearing women's clothing, this seems almost prescient. But still not funny funny.

In order for humor to work there needs to be a tension between what we think we are and what we actually are. Into that gap, humor flows. 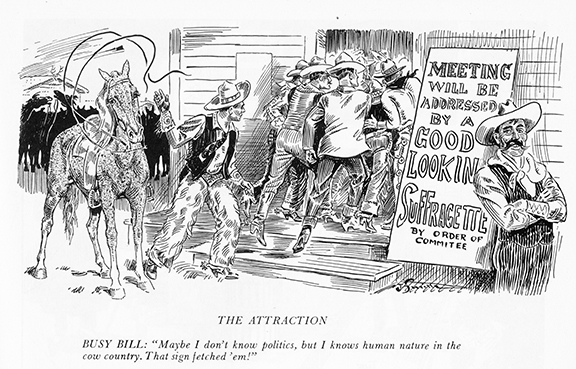 One cat from the American frontier is still funny and that is this guy: 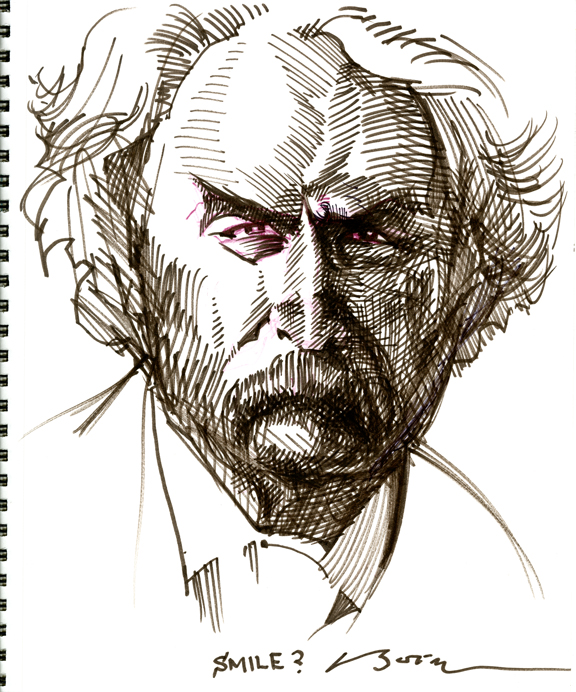 "If you pick up a starving dog and make him prosperous, he will not bite you. This is the principal difference between a dog and a man."

Of course, when it comes to the vast amount of unfunny twaddle that remains lame, it could simply be a numbers game. When Science Fiction writer Harlan Ellison was asked if it bothered him to be working in a genre where "95% of the product is crap," he quipped: