The Creek Is Rippin' But Is History Dying?

The creek is rippin' and the skies are still dramatic with all the rain in the last three days. 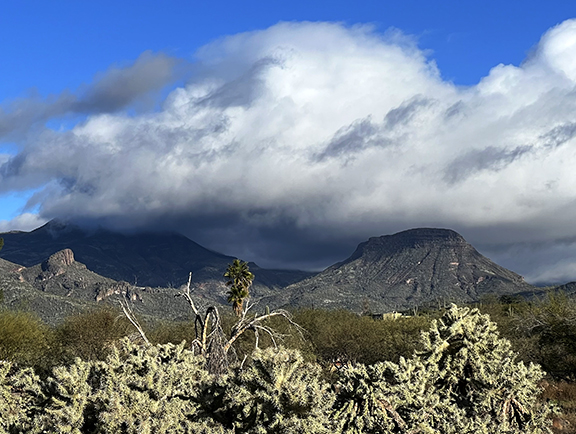 Dramatic cloud cover over Fortification Rock and New River Mesa this morning. And here's the view over The Seven Sisters. 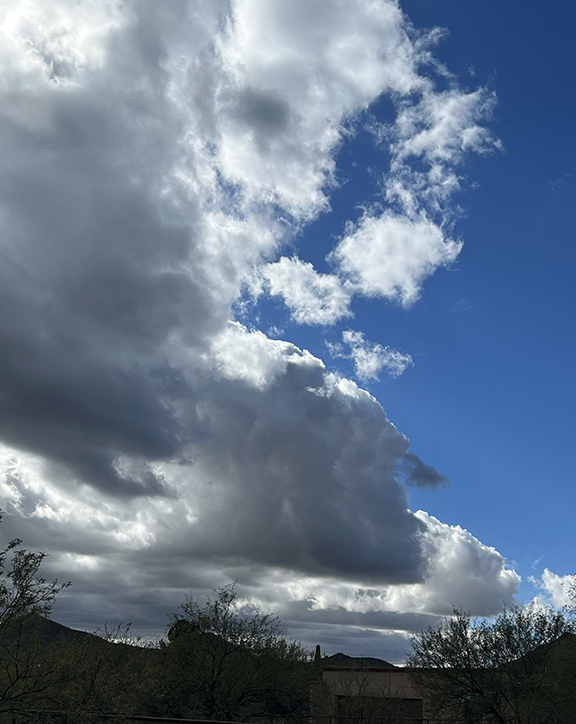 Crazy Horse In The Clouds.

See him? Here's a closer look: 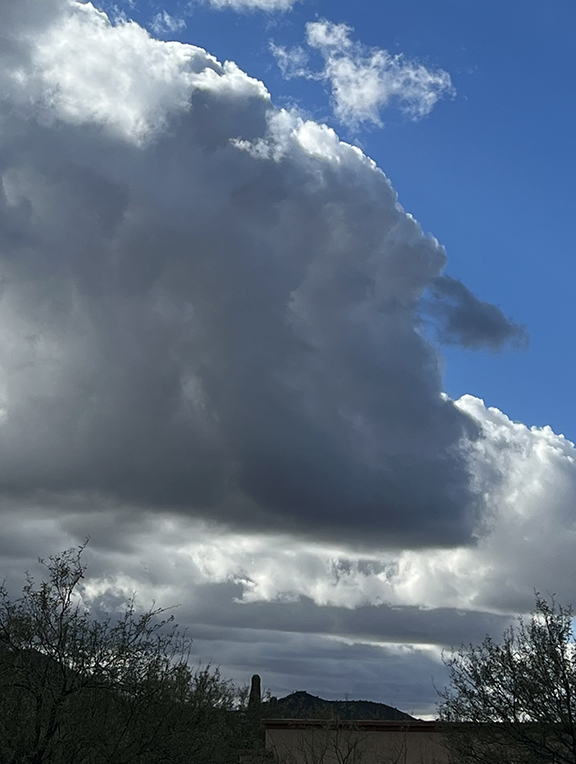 Still noodling a scene hinted at by the Top Secret Writer in his most famous paragraph on the Kid. 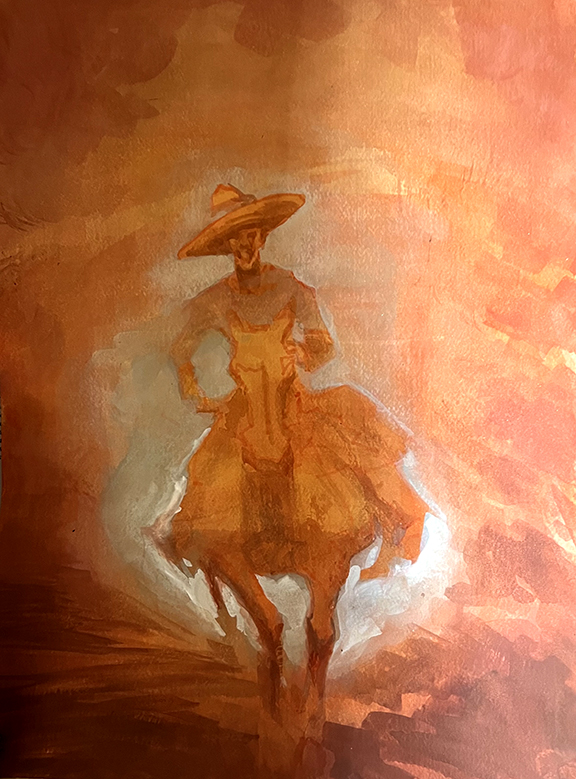 "Rider Out of The Past, Part II"

"Got to be good looking 'cause he's so hard to see."

I read with interest an Op-Ed piece in The New York Times on the alarming decline in tenured historians. Written by Daniel Bessner, an associate professor of International Studies at the University of Washington, he claims "only 27 percent of those who received a Ph.D. in history in 2017 were employed as tenure track professors four years later." He goes on to say "the work of historians has been 'de-professionalized."

I wondered what The Top Secret Writer thinks of this and I didn't have to wait long for an answer:

"Considering what drooling, brain-dead morons most academics are, this is probably a good thing."

I also knew he'd have a smart-ass response like this, so I followed up and asked him to be more thoughtful. Here is that answer.

"History is declining as a subject in schools at every level (which is because of the way it is taught). The current media/technology generation appears brain-dead to the past. History books still sell. History like life simply exists."
—Paul Andrew Hutton
Posted by Bob Boze Bell at 3:11 PM