Where Is The Emotional Courage I Need to Tell Good Stories?

Had a history talk at the Cave Creek Library this afternon. Had some fun, told some stories, sold some books. 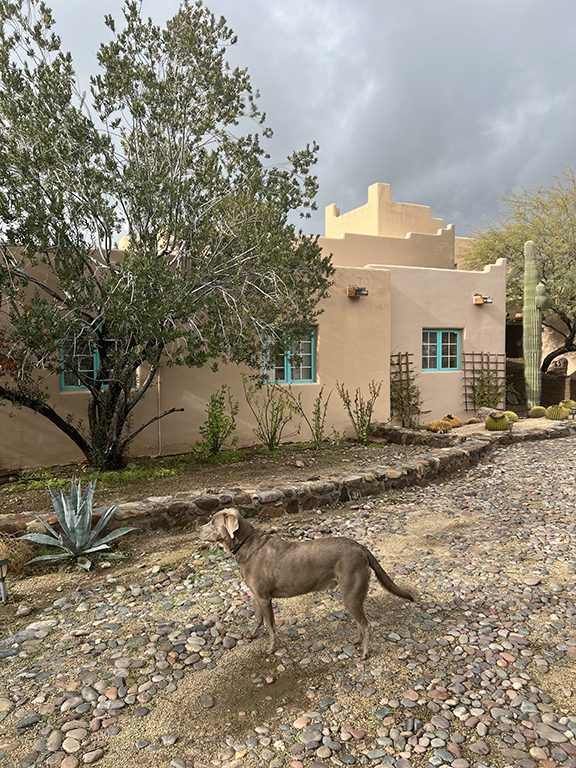 "The South Peremeter Is Clear"

Uno The Triple B Security Director

Speaking of books, I read with interest this take on titles:

"An effective title points to something solid that is actually in the story—character, setting, theme, or genre. The best titles often name two or all elements at once. JAWS names a character, sets the story in the wilds, and gives us the theme, man against nature, in the Action/Adventure genre. KRAMER VS. KRAMER names two characters, a divorce theme and Domestic Drama. STAR WARS titles an epic conflict of galactic warriors. PERSONA suggests a cast of psychologically troubled characters and a theme of hidden identities. LA DOLCE VITA places us in a decadent setting among the urban rich. MY BEST FRIEND'S WEDDING establishes characters, setting and Romantic Comedy. A title, of course isn't the only marketing consideration. As the legendary Harry Cohn once observed, "MOGAMBO is a terrible title, but MOGAMBO starring Clark Gable and Ava Gardner, is a great f--king title."

When I was young, I hated it when my parents fought. Whenever they would get into it I would do almost anything to make them stop. Make funny faces, tell lame jokes, whatever it took to stop the pain their arguments elicited in me. Of course, I'd like to think I have come a long way since then, but I think I am still a little too emotionally suppressed. For example, not so long ago, when Kathy and I were in therapy, she was crying and I made a joke and then another one, trying in vain to get her to stop. The therapist looked at me and said, "You really have a hard time with emotion, don't you?" So, I flipped her the bird and told her to "f--k off." See, I can't even illustrate how emotionally stymied I am without making it into a flippin' joke! Pretty pathetic, I know. So, how can I effectively utilize emotion in my storytelling if I'm so opposed to feeling it in my actual life?

Ah, yes, the big-little word that sums up my total fascination with the very bravery which I do not possess. About twenty years ago I was at a shooting range where Old West reenactors were dressed as gunfighters, swaggering around armed to the teeth. Watching these old guys—who were then in their fifties and sixties—the realization hit me: we are all scared little boys who never quite grew up.

The only thing left for me is to own it and move on.

"Get knocked down five times, get up six."