Who Was The Real Killer of Jesse James?

If history is a slippery slope—and I for one know it is!—then Jesse James history is a Super Slide on steroids. 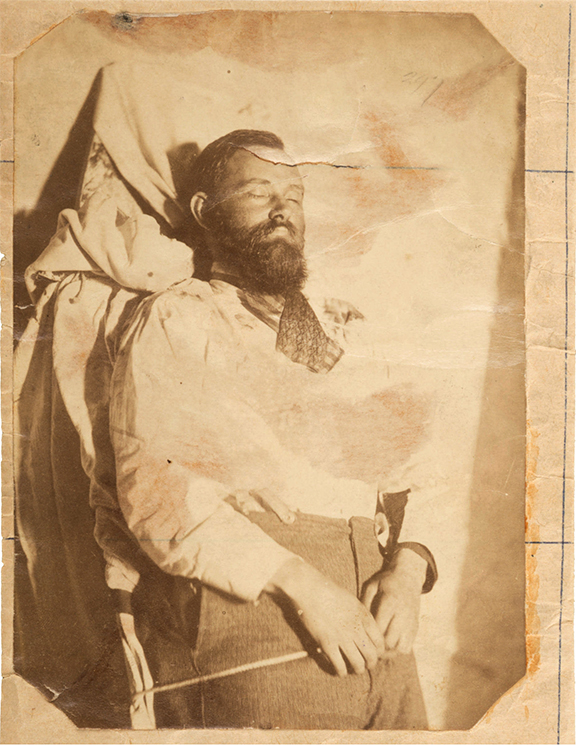 "What if it was actually Charley Ford who shot Jesse James, but he didn't want to be known as Jesse's killer? Bob agrees to be identified as the trigger man and goes down in history as the man who shot the infamous outlaw. This could explain Charley's slip—if he wasn't actually misquoted—in stating that it was a Smith & Wesson that killed Jesse."

This is just a theory, as Mark is quick to point out, but this makes some sense. You see, there is some serious contention about the pistol used that killed Jesse, with Robert Ford famously posing with a Colt. 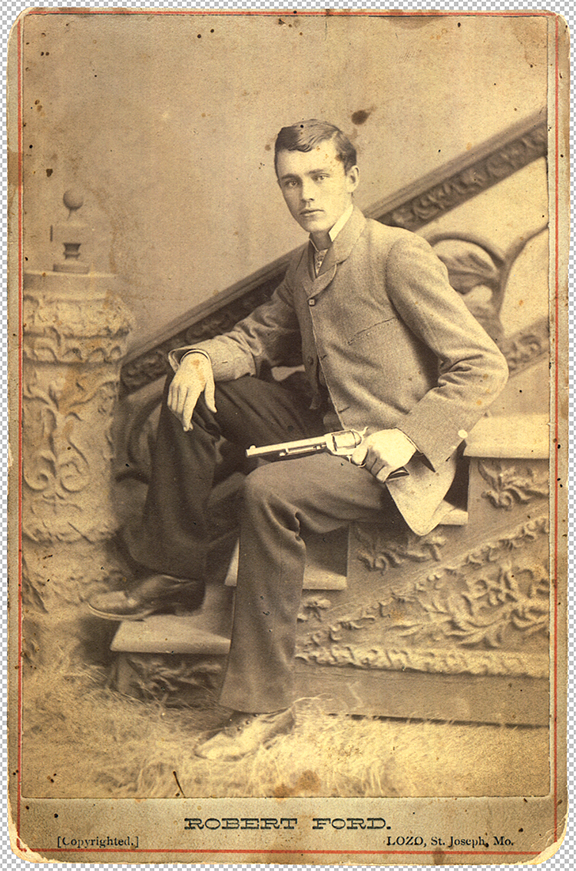 But, at the inquest, when asked, Charley said it was a Smith & Wesson. Hmmmmm. More on this later.

Speaking of good security, we never worry about the south side of our property because we have a very solid security system. 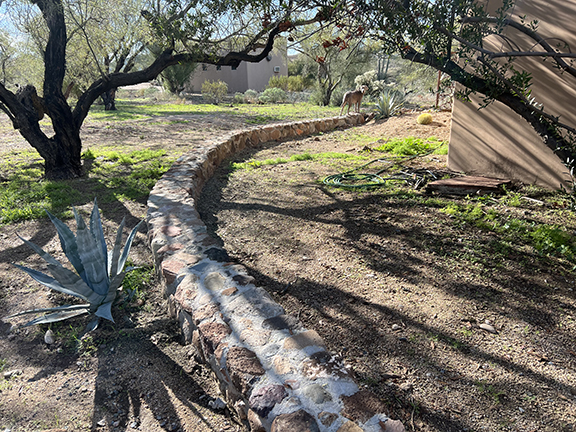 Uno Is On Top Of It

Here he is standing on our south wall, ready to take on anything or anybody who tries to jump that wall and break into our house. So far, so good.

Finishing up my ambitious splash page extravaganza for our big Jesse package. 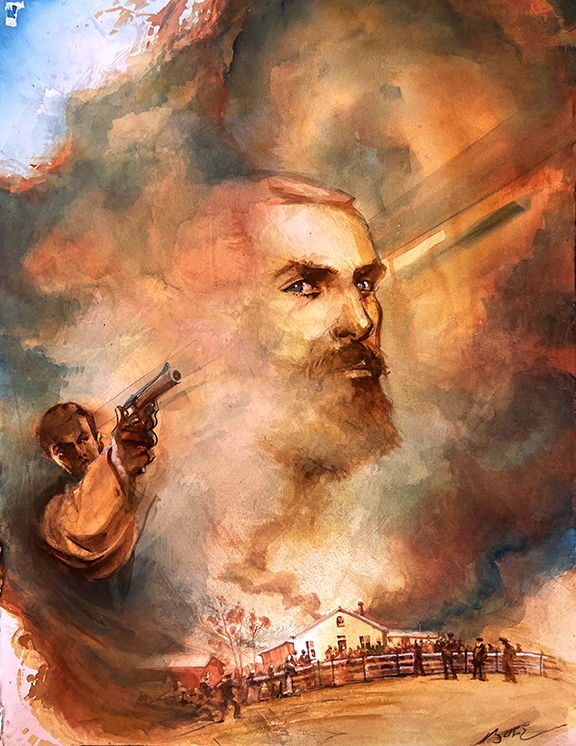 Weekly Whip Out: "A Tornado of Lead"

Got some decent passages. I never know when to quit, but what else is new?

"The noblest pleasure is the joy of understanding."