June 13, 2016
Took another run at an earlier effort to illustrate a certain character from the Mickey Free story who was wounded in Pennsylvania at a significant battle. 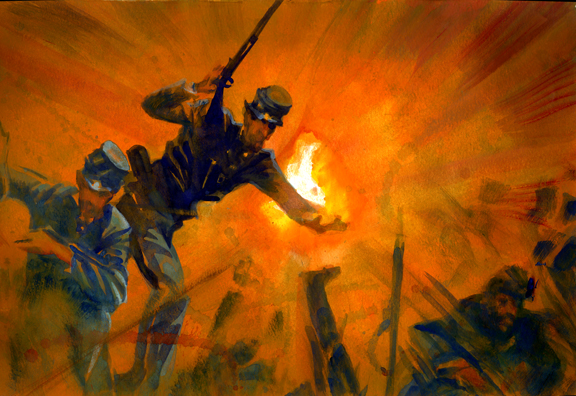 
Got up this morning and knocked out a vaquero scene. 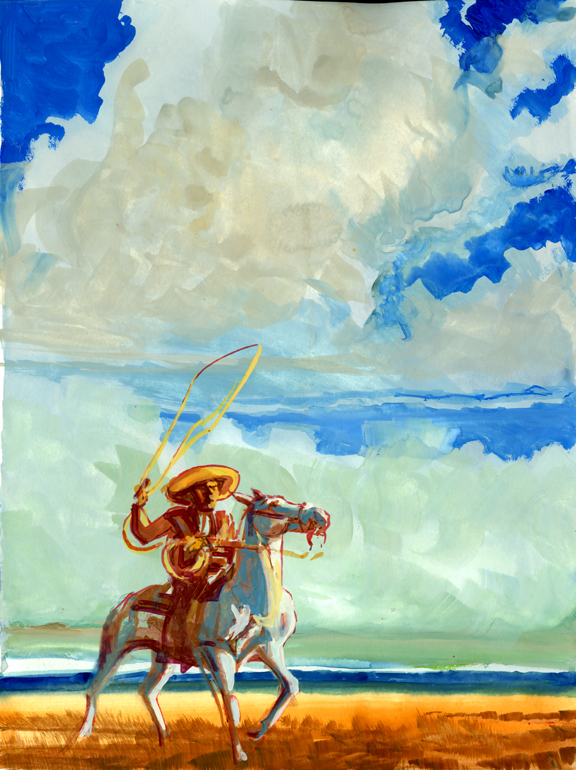 
"I let my hands do the talking. Then my brains catches up. I'm hearing it after it happens. . .My hands are in front of me a lot of the time."
—Eric Clapton describing his approach to guitar solos, in Rolling Stone magazine
Posted by Bob Boze Bell at 9:54 AM