June 7, 2016
Today is the birthday of my 66 Chick. Happy birthday Kathy Sue. She comes home tomorrow after a month long babysitting stint in Thailand. And prior to that she did a three month stint in Turkey for the Department of Defense. The parents of that baby, are following her and will land here in Phoenix as well, on the 12th. A road trip is mandatory and much road food will be consumed.

Last night, the Top Secret Writer finally sent me his notes on the Mickey Free story. And, as usual, they are excellent with a few bone-headed exceptions. Hey, if two guys agree on everything, one of them is unnecessary. 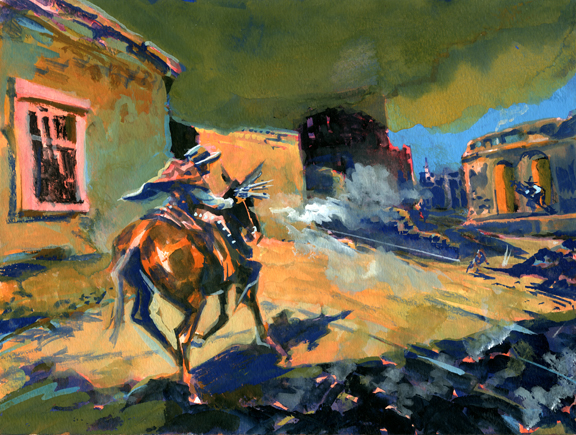 
This is our third run at the Mickey Free story to be published in the magazine. The first, in 2008, was an ambitious, convoluted, graphic novel-style opus that crashed because it was an overcooked mess. Or, so says one of the authors whose initials are BBB.

On the other hand, it was the Top Secret Writer—Paul Andrew Hutton—who made the hopeful remark, "We may get him yet," (see June, 2016 True West magazine) that prompted me to take another swing at this incredible story and see if we could somehow, some way, make it work in a history magazine.

This time, Hutton and I decided to tell it like a story teller would tell it. And, thanks to John Langallier, who brought us the Unsung ex-slave James Young, we had our narrator. There-in lies the conflict between myself and the distinguished professor. He postulates—correctly—that the ex-slave was most likely illiterate and would not use a word like "polygamy," or, as Hutton puts it: "Did this guy go to Harvard?" Actually, when confronted on this point, Hutton said, "It was not just polygamy as a word—it was the sentence ("polygamy then raging in the US") which was inauthentic for any human save an academic to write. This is NOT dialect, it is plain spoken language like real people use." 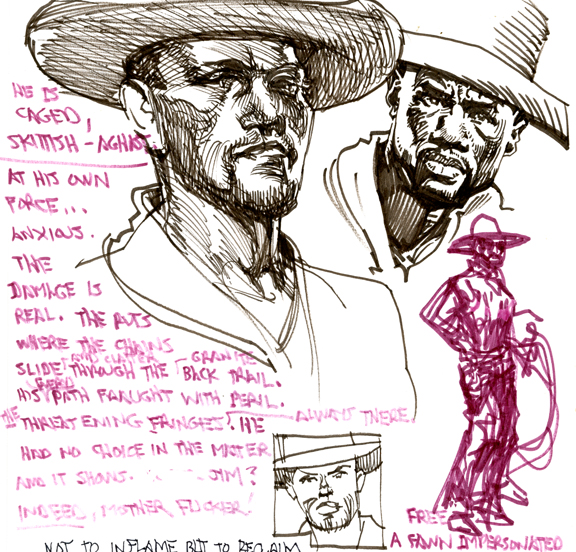 A solid point for the professor. But, I bridle at using, instead, his suggestion: "The Mexicans don't fret over how many wives a man had like folks up in the States did."

So, I've got two little birdies on my shoulders. One of them says, "I am a professor of history and you must be authentic in your dialogue." And the other little birdie—The 66 Chick—says, "Yuck! Stop it with the dialect. It's embarrassing."

I live with one (about half the year) and I depend on the other to add poetry to the effort. On the surface, they seem like diametrically opposed ideas, where the Mark Twain will never meet, but I think another Paul may have the answer:

"I try to get all the opposites into the same song, if I can."
—Paul Simon, whose new song "Cool Papa Bell" is my current fave tune
Posted by Bob Boze Bell at 11:10 AM