Mickey Free And His Galway Sluggers

June 1, 2016
One week away from going to press on the Mickey Free story. Mickey lived out his life in the Fort Apache area and passed in 1914. So he lived to see Arizona become a state. Amazing. Yesterday, I did a color sketch of him in old age, taken from the last known photo of him (1901): 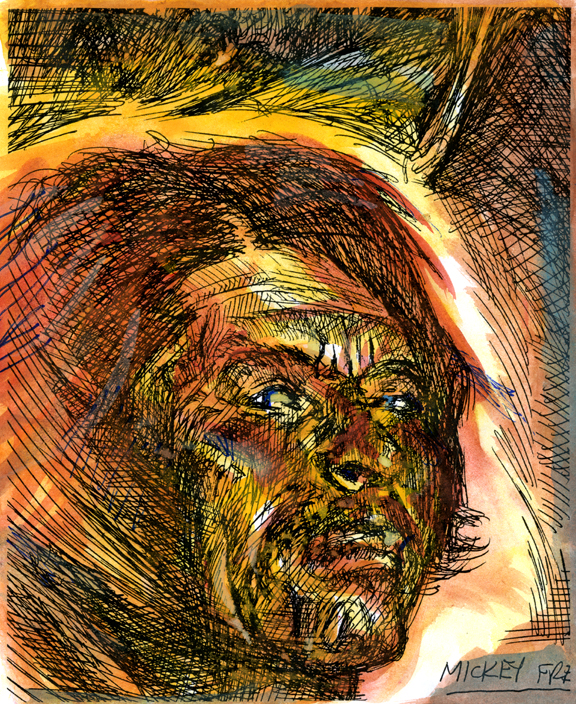 
One of the strangest episodes in the infamous scout's life is that he visited the White House and shook President Grover Cleveland's hand. According to a newspaper, the Washington Star, "Mickey was adorned with conventional 'Galway sluggers'. . ." In Allen Radbourne's book on the life of Mickey Free, he comments this "added materially to his Celtic appearance." So, are Galway sluggers a blouse, a blanket, pants, or shoes? Not sure, but want to know.

Meanwhile, in Paul Andrew Hutton's new book, "The Apache Wars," The Top Secret Writer adds this quote from the Star: "the half-breed who interpreted into Spanish wore a soiled calico shirt and a pair of blue overalls and as he had only one eye, his appearance was not prepossessing."

My ultimate goal here is to amass all of this incredible information into a big, fat graphic novel, the likes of which has never been seen. Gee, I wonder if any Pulitzer Prize winning authors agree with this idea?


"I love the idea of a Mickey Free graphic novel."
—T.J. Stiles, winner of two Pulitzer Prizes, the latest for "Custer's Trials"
Posted by Bob Boze Bell at 7:01 AM