Ben Johnson Knew How to Set A Horse

June 17, 2016
Went home for lunch to pay homage to a rodeo champion who made horseback riding look so natural. 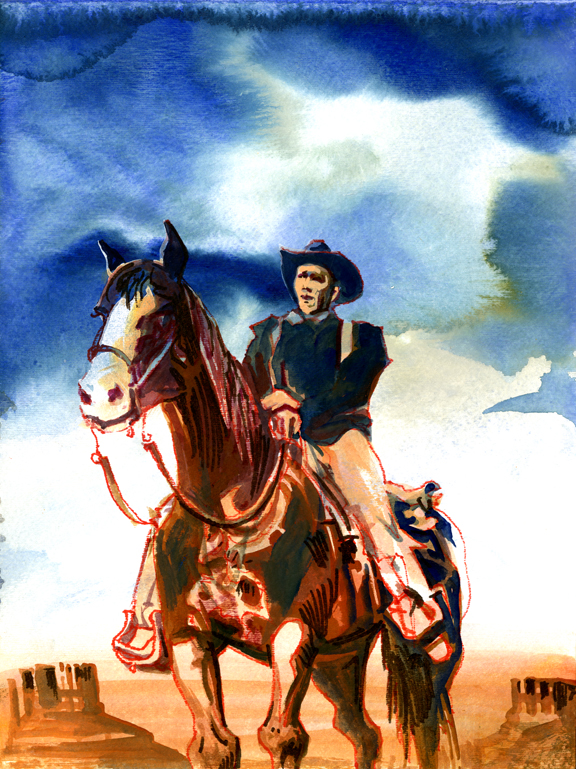 Daily Whip Out: "Ben Johnson Knew How to Set A Horse"


Some of the old Cowboy stars were accomplished horseback riders, but very few could "set a horse" as if they were one with the animal. Cowboy actor Ben Johnson was one of the best ever. He was discovered when he doubled Henry Fonda in Fort Apache and he went on to star in many Westerns, winning the Academy Award for best actor in Last Picture Show (1971). He died of a heart attack at age 77, while visiting his mother, Ollie, at Leisure World in Mesa, Arizona.

" Life is like a wild horse. You ride it or it rides you."
—Old Vaquero Saying