Throwing Down On Thoreau

June 5, 2016
Got a snippy email about yesterday's True West Moment in the Arizona Republic: 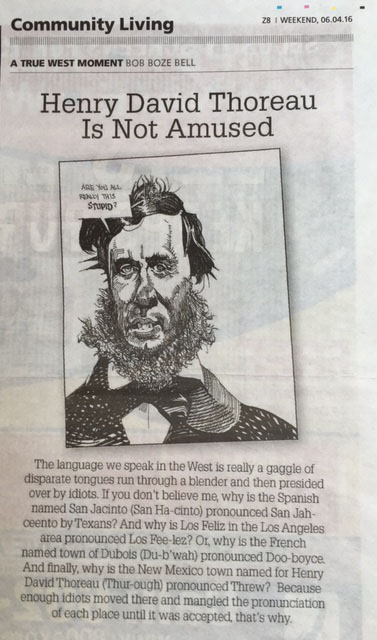 
Dear Blissed Out,
I can buy the train going through Thoreau, and I can even buy it if someone threw out the correct pronunciation, but I think if you look it up Thoreau was named for a guy named Thoreau, and he pronounced it Tha-row. Now if you'll excuse me I've got to go thoreau up.