June 16, 2016
The story of Lost Adams Diggings is a classic treasure hunting tale. An In-din called Gotch Ear ('cause his ear was all "gotched up") claimed he knew where there was a hidden canyon with enough gold lying around on the ground to load a pack horse. After he gets a group of teamsters and miners all worked up, he leads them to the hidden canyon. 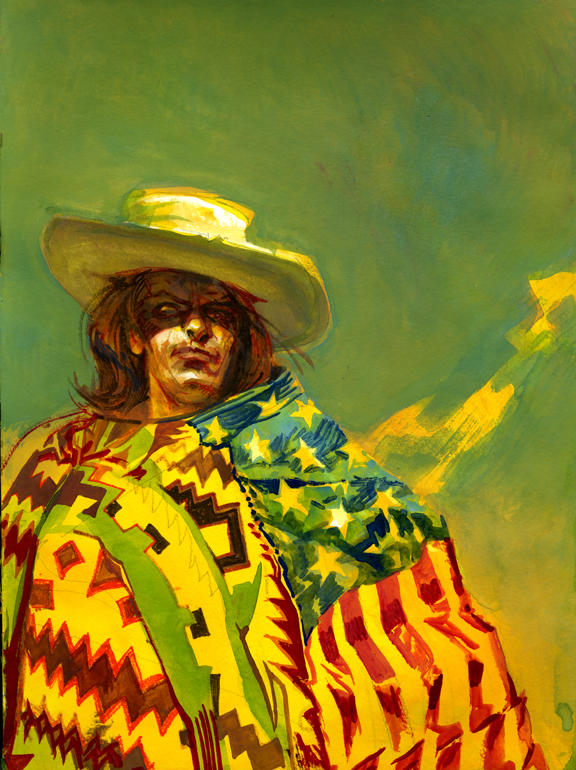 
The Lost Adams Diggings treasure mystery is best known as told by the renowned folklorist J. Frank Dobie in his classic book, "Apache Gold And Yaqui Silver" (1928) which has been reissued by the University of Texas Press, Austin. There is a connection to True West as J. Frank and our founder, Joe Small, were good friends, as is evidenced by this unflattering photograph of Mr. Hand-In-His-Pants: 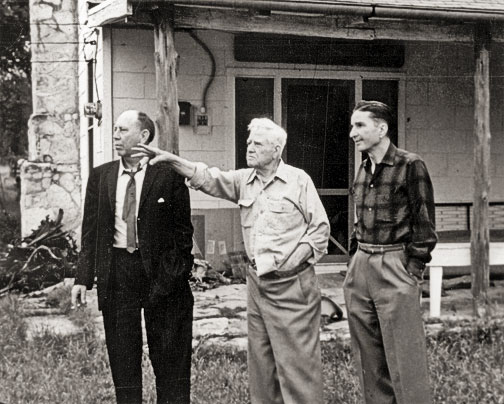 As the Lost Adams Diggings story goes a group of 22 anglos were led by Gotch Ear from central Arizona (the story starts near Gila Bend with Adams losing all his horses) in August of 1864 and traveling northeast, they rode past Fort Wingate, which is near Grants, New Mexico. The gold party proceeded on, riding on past the "Pumpkin Patch" and then, two hours later they came to to a high spot where two sugar-cone shaped mountains appeared straight ahead to the northeast.

"Those piloncillos, [cones shaped like sugar loafs]" Gotch Ear said, "are beyond the canyon of the gold. They mark it well always. Soon we will go down."

Behind a boulder, they were led by Gotch Ear through a "secret door" which marked the entrance to the canyon and a narrow trail. Adams later claimed it was the roughest trail he ever rode and it made a perfect Z, thus the name it became known by: Zig Zag Canyon. Finally they halted beside clear running water, just below some falls. The men saw a whole bunch of gold lying in the gravel by the water. Gotch Ear was paid off and he left. The next day the Apache chief Nana with 30 warriors showed up and told the white eyes they were okay to dig in the canyon below the falls, but whatever they did they were not to go above the falls.

After loading up with riches beyond belief for several days, a couple of the men got greedy (imagine that!) and decided there must be even a richer amount of gold above the falls, which they did find, with nodules of gold "as big as turkey eggs." Everyone was killed by the Apaches except for Adams and a guy named Davidson, who escaped and made their way to Fort Apache (which wasn't a fort yet) where Adams shot some Apaches, escaped in the middle of the night and rode to Los Angeles where he got married and then wouldn't shut up for the rest of his life about his incredible, lost diggings. Oh, and he could not remember how to return to Zig Zag Canyon.

Fast forward to last weekend when the Top Secret Writer dissed my usage of Zig Zag Canyon as the location of the cave where the Apache Kid was hiding. When I mentioned this to artist Thom Ross and Rusty York, Rusty asked me if I had read the book "Zig Zag Canyon," which he claimed spelled out the actual location of the lost diggings and that it was not in northern New Mexico, but near Clifton, Arizona. Written by a mutual friend of ours, Ron Feldman, Rusty said all the clues line up in the book.

So, yesterday, after picking up Tommy, Amy and Harper from Sky Harbor I made a detour to Scottsdale so I could pick up the book from Shelly Dudley at Guidon Books. Last night, I finally got a chance to take a look and opened the book at random and here is what I found: "Dancing Horse, her mind muddled by sleep, was alarmed by Mangas' [the famous Apache chief Mangas Coloradas] rough urgency. Nevertheless she responded obediently to his need. Her graceful, supple body possessed surprising strength. This night she thanked the spirits for that."

Okay. Not exactly what I was expecting. Perhaps Ron's co-writer, Mic McPeherson, is treating this like a novel in this part of the book and then when they get closer to finding Zig Zag Canyon it will turn into a bonified treasure hunt? So I jumped to page 231, with the chapter head "Breakthrough, 1989." And here is how this chapter begins:

"Ron rose and walked to the bedroom door. The dim light of the hall threw gentle shadows on Jayne's body as she slept under the thin blanket in the waterbed they had recently purchased. He enjoyed watching the even rhythm of her breathing. He undressed quietly into bed, cuddling. He was happy she had foregone her bedclothes. It wasn't long until he felt a strong need."

Ron isn't alone. I feel a strong need to find Rusty and wring his neck.

"The unique blend of Feldman's storytelling and McPherson's detail sparks this story, the first in a series."
—Back cover blurb for "Zig Zag Canyon"