June 8, 2016
The 66 Chick is flying in today from Bangkok, which is a 30 hour run, with a 13-hour-leg from Tokyo to LAX, then a one-hour hop on Southwest to Phoenix. Assuming she can sit up, I'm taking her to her favorite Mexican food joint in downtown Phoenix and plying her with birthday margaritas. This assumes she'll still be awake when we leave terminal 4.

Finished six paintings this morning. Five were pulled from my discard file and tweaked. This is part of a sequence in the Mickey Free graphic novel which we have expanded from eight pages to ten. 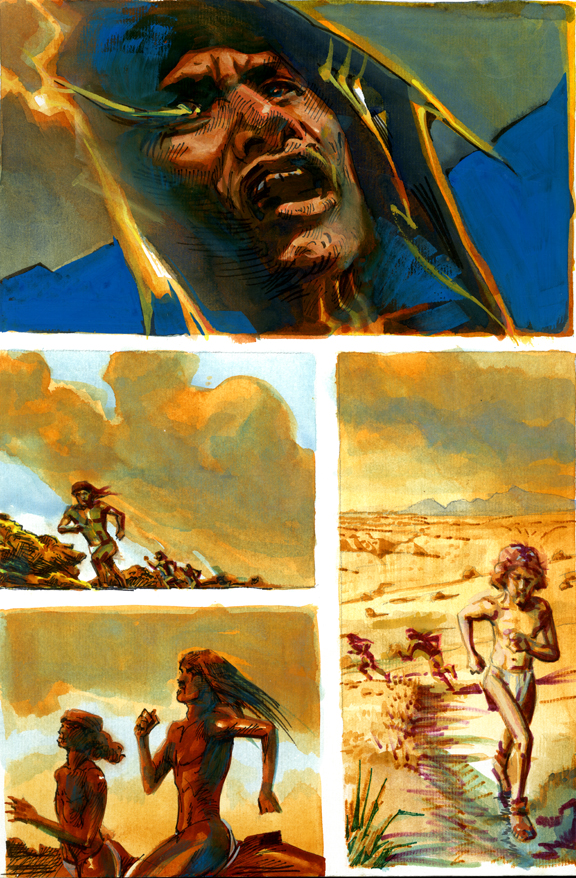 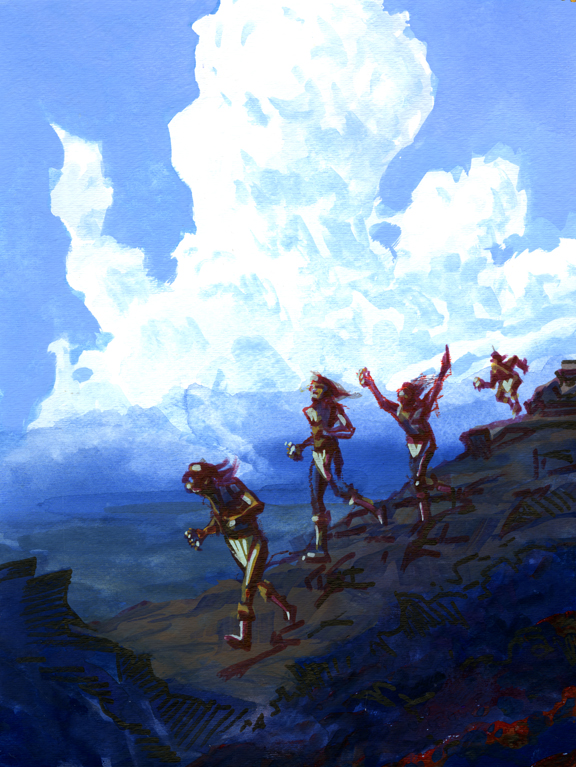 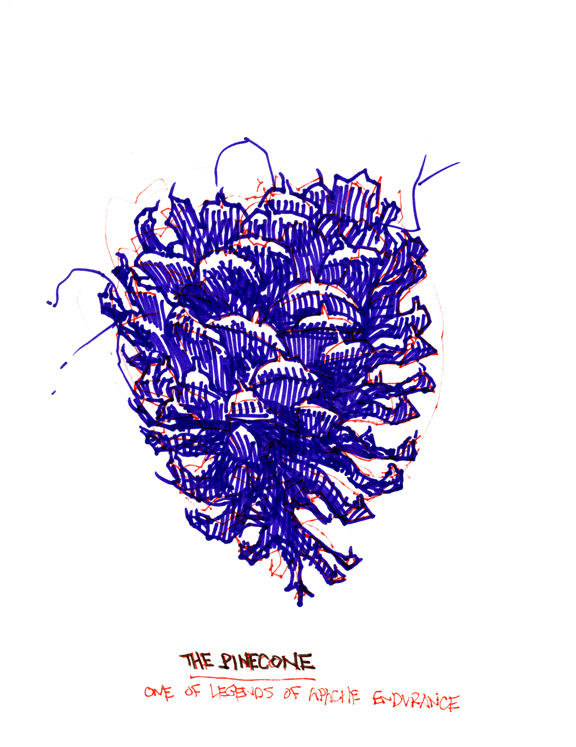 Daily Whip Out: "The Pinecone"

Pinecone Proving Ground
The task was simple. Each boy in training to be an Apache warrior gathered at the river bank at dawn and took a gulp of water and held it in their mouths. Then the entire group ran towards the blue ridges of the Graham Mountains. It was not only a race, but the goal was to snatch the first pinecone they could find, then return to the river, drop the pinecone at the war chief's feet, and spit out the water, proving they ran the entire way breathing through their noses. No wonder Apache warriors could run 75 miles a day and not break a sweat. Simply Ingenious training.

"I would love to be remembered as a man who won the heavyweight title three times, who was humorous, and who treated everyone right. As a man who never looked down on those who looked up to him, and who helped as many people as he could. As a man who stood up for his beliefs no matter what. As a man who tried to unite all humankind through faith and love. And if
all that's too much, then I guess I'd settle for being remembered only as a great boxer who became a leader and a champion of his people. And I wouldn't even mind if folks forgot how pretty I was."—Muhammad Ali
Posted by Bob Boze Bell at 10:16 AM