The Roper With The Open-toed Sandals

June 29, 2016
Charlie Russell and his wife Nancy, took an extended trip to Mexico in March and April of 1906. The pre-eminent Cowboy Artist traveled almost the entire country, or, as he put it in one of his letters to a friend, "I traversed from the northe to with in a 100 miles of the ismus and never saw wire, it's all open range." He meant barbed wire which by that time had conquered the U.S. rangelands, in spite of violent resistance in Texas and elsewhere.

Russell did one sketch of a vaquero that is kind of mind blowing. It shows a vaquero in full gear, including Spanish spurs, but on closer inspection, you can clearly see he has on sandals! 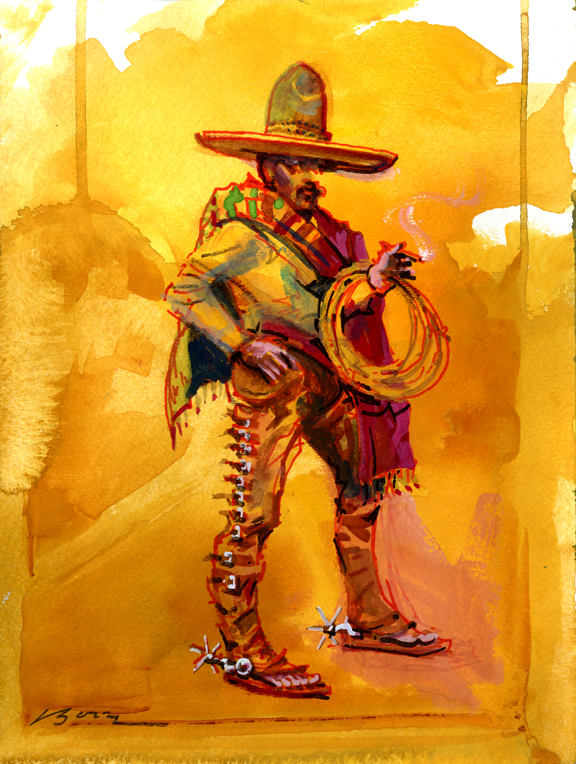 Daily Whip Out: "The Roper With The Open-toed Sandals"

Working on a couple line drawings inspired by Sergio Toppi, an Italian cartoonist and illustrator who has recently caught my eye. His design is superb and his draftsmanship is not too shabby either. 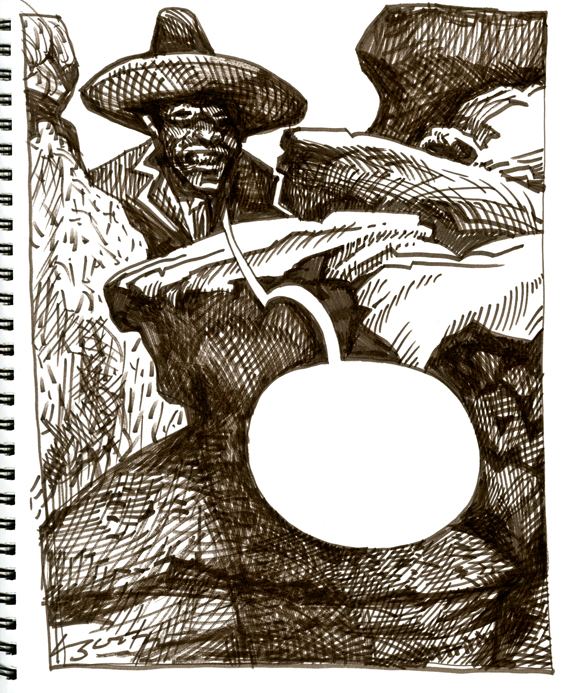 What the hell is he saying? My son thinks he's saying "Hijole!" (pronounced EE-ho-lay!) which is Spanglish for "Son of a. . ."

"Historians have now definitely established that Juan Cabrillo, discoverer of California, was not looking for Kansas, thus setting a precedent that continues to this day."
—Wayne Shannon