An Inspiring Talk, A Deranged Billionaire & A Deadly Poker Hand

October 10, 2017
Last Wednesday, on my way to the Lone Pine Film Festival, I stopped off at Mohave County Cummunity College, outside Kingman, Arizona to talk to several art classes about making it as an artist. I made a vow in 1964 that if I ever discovered the secret to making it I would return home to give them the inside skinny. Here is the local newspaper's account of my efforts:

Not the best photo ever taken of me, but I dig that T-shirt. Got back in the trenches this morning: 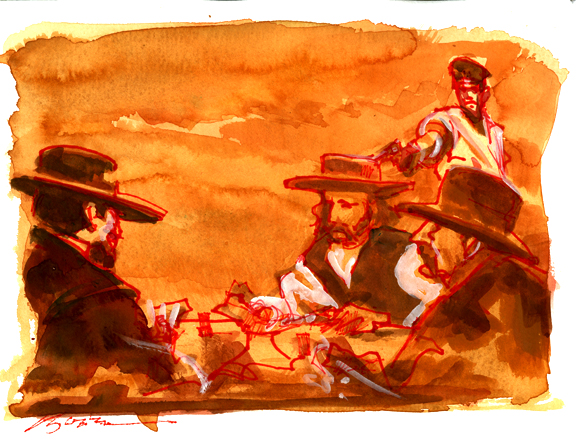 Yes, Jack McCall walked up behind Hickok and shot him in the head. The bullet went through Wild Bill and hit William Massey sitting opposite him, in the hand. In fact, Massey, initially thought Hickok had shot him. McCall tried to fire the gun again, but it misfired, as if it's only purpose was to dispatch Wild Bill (this is Thom Ross's take on the jammed gun). Massey carried the bullet in his wrist for the rest of his life and proudly displayed it when anyone brought up the subject. 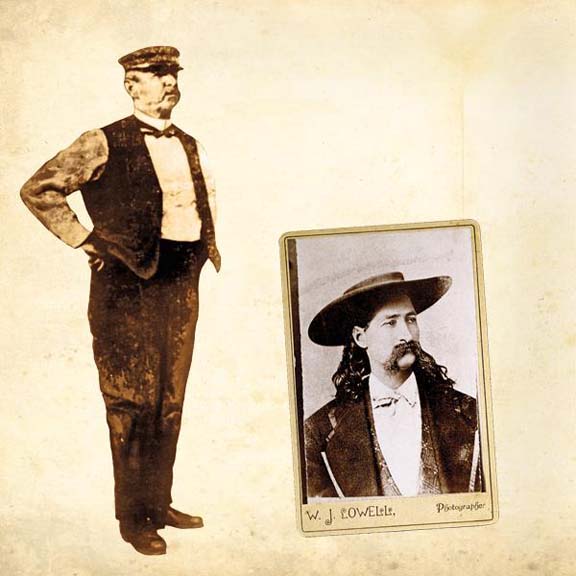 William Massey, at left, was wounded in the hand, by the same bullet that killed Hickok.

When I was a talking head on the Discovery Channel's "Gunslingers" series several years ago, the guy they hired to portray Hickok was pretty good: 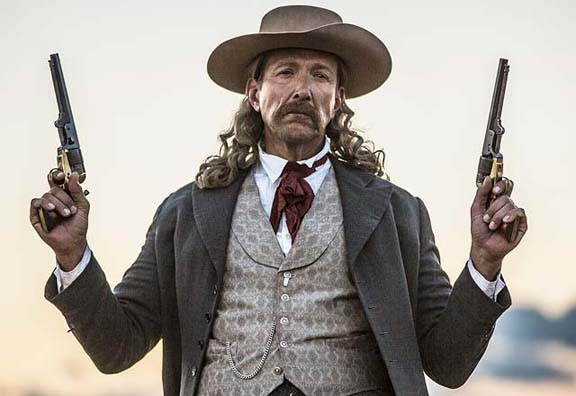 We did a joint appearance at the Beverly Hilton Hotel in Beverly Hills, California, at the TV Critics annual showcase, to promote the series and Walt and I had lunch afterwards with various Discovery Channel executives. He was a former soap opera heart throb and I must say he is still catnip to the ladies.

I'm not a paranoid, deranged millionaire. Dammit, I'm a billionaire.
—Howard Hughes, an alleged quote, not sure I believe it.
Posted by Bob Boze Bell at 12:01 PM