When to Let Go And When to Release 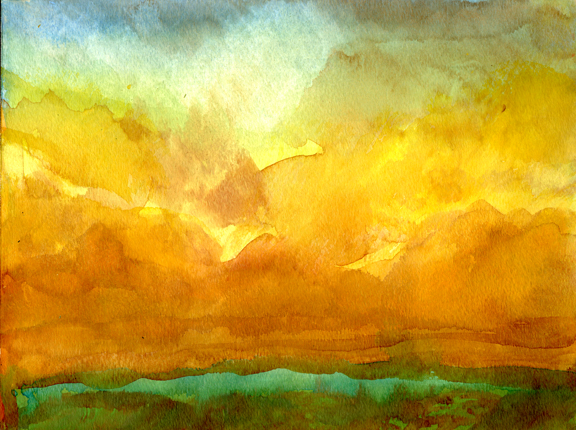 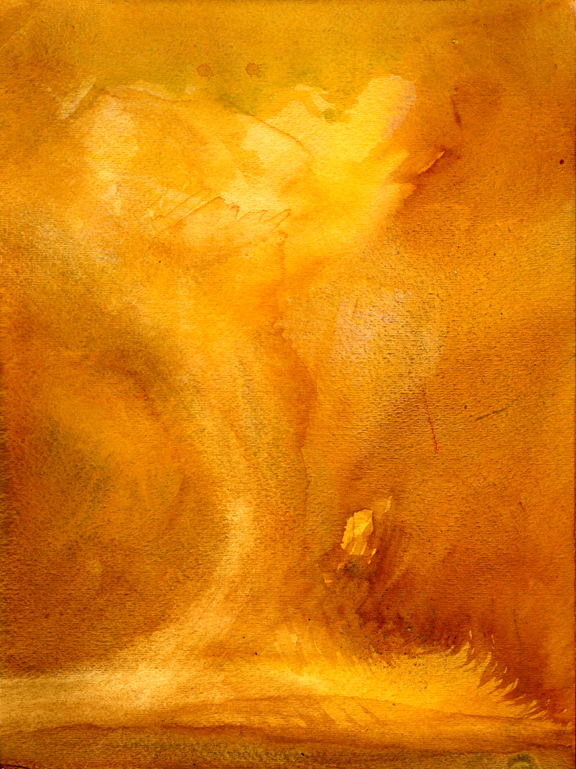 
And what do you see being revealed in the dust devil? I want to add a figure, or a horse, or something emerging out of it, or in front of it. I don't want to ruin some of the delicate effects, so this is a constant hurdle for me. I let these go where they want to go, but when I attempt to add something to it, well, it has a tendency to go south. Is it done, should I go farther? And, regarding the difficulty in letting go in a piece of art or of a book, Brian Allison sent me this quote:

"Our films don't get finished, they just get released."
—John Lasseter

Turns out, the quote is from the response to a fan letter sent to the director Pete Docter (yes, spelled like Doctor but with an e-r ending). Here is the letter he sent back to the fan:

Hey Adam!
First off, let me apologize for taking so long to respond to your very kind letter. Things are pretty nuts around here. You had asked for an autographed photo of me; I don't really have anything like that, not being famous. But here is a drawing of me for you.
I'm sure you can see the resemblance.
You are sure right about the importance of a good story in movies. Unfortunately, it's not as easy as it sounds. It takes a lot of work (and rework, and rework and rework) to get it right. And even then quite often we're not 100% pleased.
As John Lasseter likes to say, our films don't get finished, they just get released.
Hope you enjoy "UP" next year!
Pete Docter

"That film wasn't released, it escaped!"
—Robert Altman
Posted by Bob Boze Bell at 9:54 AM