Wild Bill After The Storm

October 16, 2017
The lawmen who policed the Kansas cowtowns were a special breed of cat. They had to be. Wild Bill had many attempts on his life when he was a lawman in Hays City, Kansas (he was appointed sheriff of Ellis County, Kansas on August 23, 1869). He escaped several assassination attempts and became very cautious when patrolling the streets of the roaring cowtown. He avoided the sidewalks and especially the dark alleys. He allowed no one to get too close, or to approach from the rear. He took to walking down the center of North Main Street, eyes scanning the saloons for potential trouble. 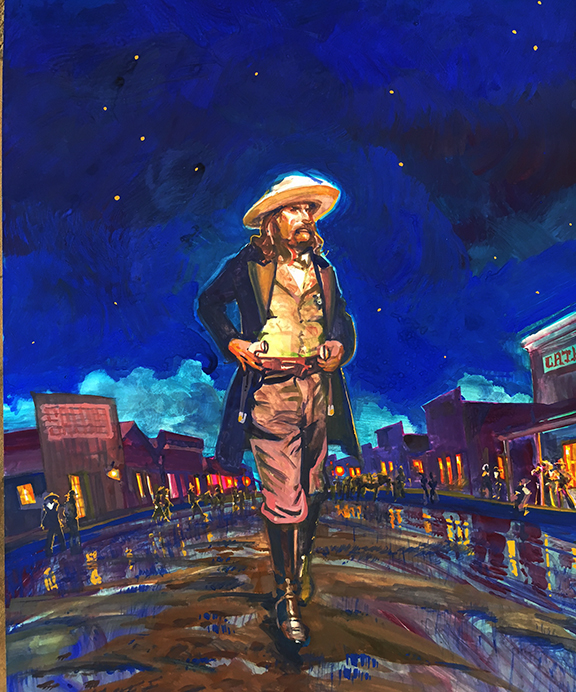 Daily Whip Out: "After The Storm"

Wild Bill strode right down the middle of the main street


"To the people of Hays he was a valuable officer, making arrests when and where none other dare attempt it. His power lies in the wonderful quickness with which he draws a pistol and takes his aim."
—W.E. Webb