I'm On A Highway to Hell

October 5, 2017
Been on the road for the past two days. On Wednesday morning, Dr. John Langellier and I took off from Cave Creek in my Ford Flex and blasted thru Nothing, Bullhead, Searchlight, Nipton, Baker and landed at Furnace Creek last night, which is several feet below sea level. Here's the view of Furnace Creek driving in from the north: 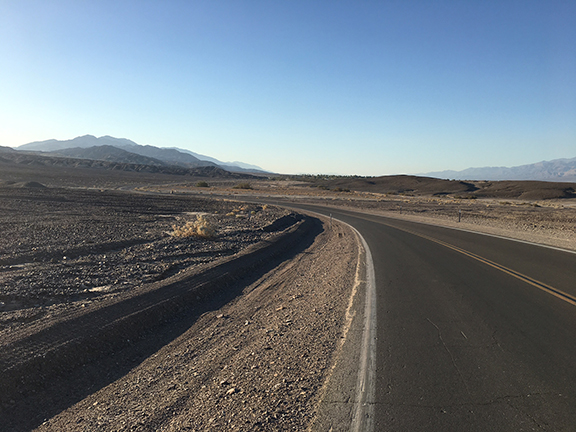 Approaching Furnace Creek from the north.

You can just see the oasis on the horizon at the center of the photo, above. Here's a close-up: 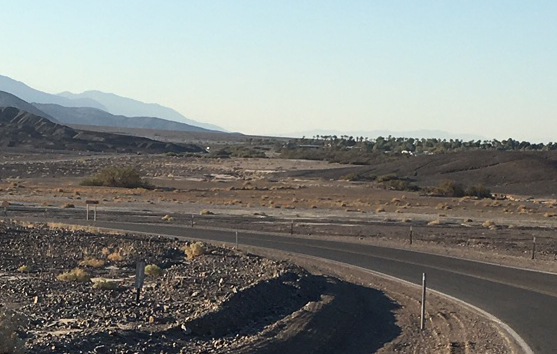 Furnace Creek rippling in the heatwaves.

If you haven't guessed where we are yet, the general area is sort of famous for its catchy name. 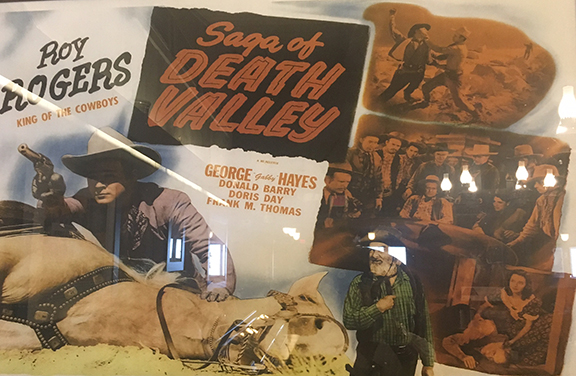 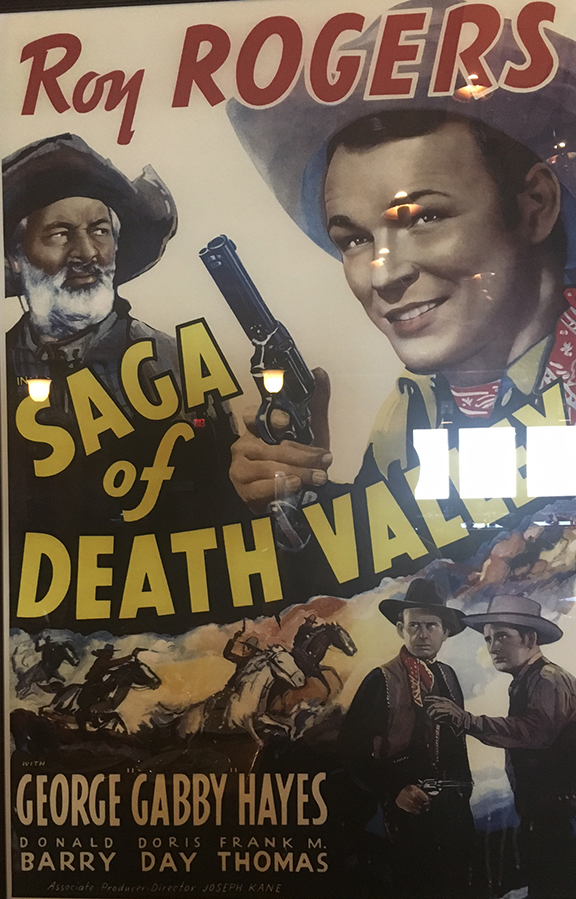 Another movie poster of the same movie in the same cafe.

Death Valley Is The Bad Boy Desert
"Death Valley is truth in advertising. This is the bad boy of deserts. Staggering extremes are the norm," says my friend and author Roger Naylor, in his cool book "Death Valley: Hottest Place On Earth," which I bought at the Borax Museum in Furnace Creek. 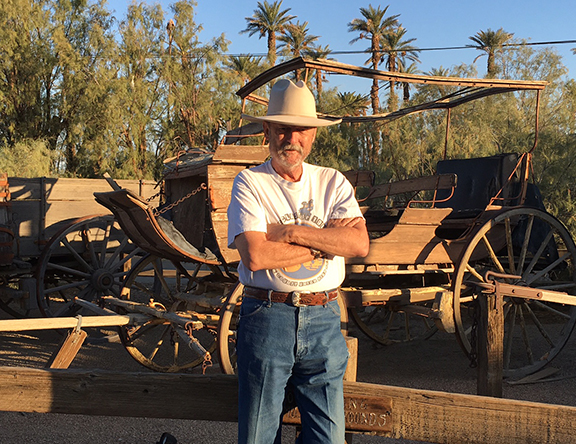 John and I are on the way to the Lone Pine Film Festival and I wanted to finally take a side trip to the infamous Death Valley, which I had never been to. Along the way the good doctor and I talked and laughed about the cache and popularity of the long-running TV show "Death Valley Days" and the fact that very few of the shows ever took place in the actual location, but that the name has a certain romance and charm, in spite of, or, maybe because of the ridiculously dramatic name. I believe it's the least visited National Park because, well, the name is kind of off putting. Imagine if it was the name of a subdivision? I rest my case.

"She burns green Rosie, by God we're rich!"
—Aaron Winters to his wife Rosie, who, in 1882 grabbed a handful of lakebed sand in Furnace Creek and lit a match to sulfuric acid and alcohol and began farming Borax in Death Valley
Posted by Bob Boze Bell at 3:26 PM